Scribblings Of A Random Nature #18 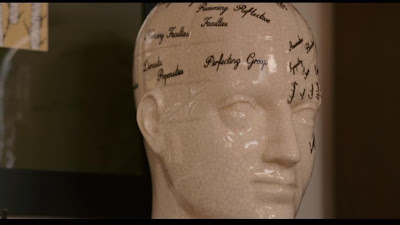 Had a lot on my mind lately...But it's high time I started these up again.


Get Low (2010 - Aaron Schneider) - I'd read quite a few negative and ambivalent reviews for Schneider's first film, but with its recent Indie Spirit win for best first feature I guess there were a few fans after all. And I can see why - it's gorgeous to look at and wonderful to slowly wade through. Terrific, natural performances from all and interesting characters pulled me along through a story that didn't quite pay off as perhaps I had hoped it would. I enjoyed the ride through it, though, so in some ways the ending hardly mattered. Loved that final shot of the smiling baby too...I'm a total sucker for that. 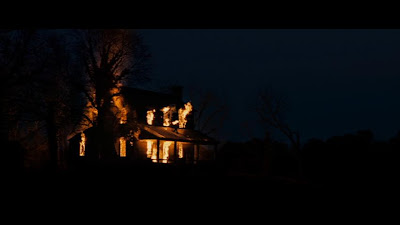 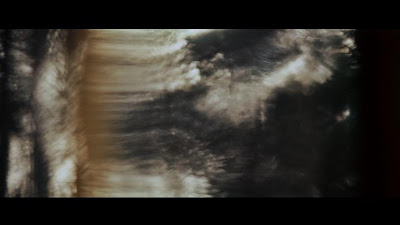 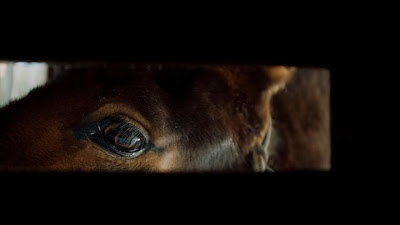 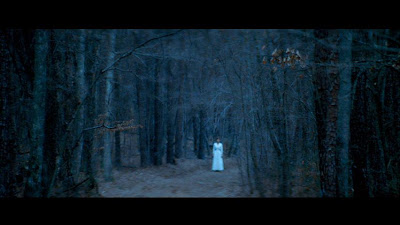 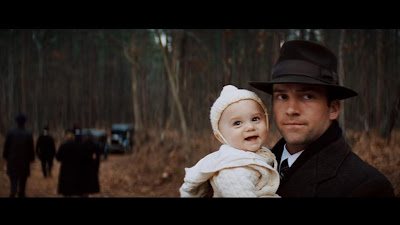 The Racket (1951 - John Cromwell) - Though I've listed only one director, there's a laundry list of uncredited ones according to IMDB (including the great Nicholas Ray). Perhaps on a rewatch or during the commentary I may be able to discern where others had their hands in the picture, but I certainly didn't notice anything through my initial viewing. It was extremely entertaining for the duration - especially watching Robert Ryan and Robert Mitchum go mano-a-mano. While Ryan does dirty scoundrel with a smile on his face, Mitchum's good cop (in a city full of bad ones) can't wait to knock it off. The secondary characters are equally fun (including William Conrad as an oily detective) and the photography is typical of the best noirs - in other words, it uses shadows in painterly ways. 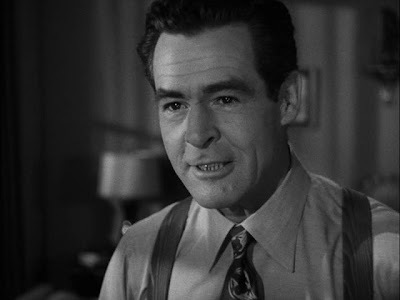 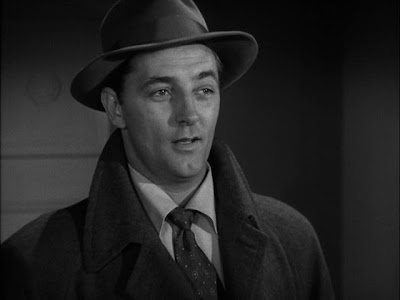 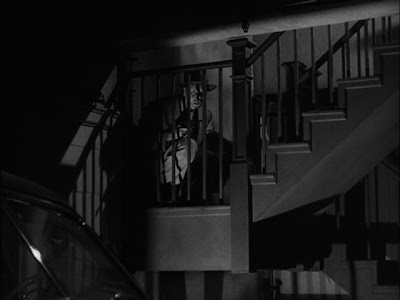 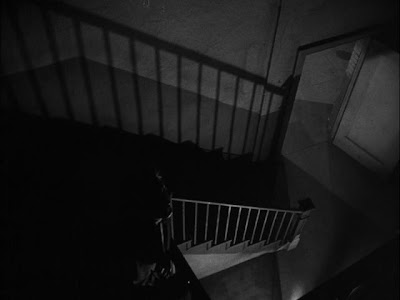 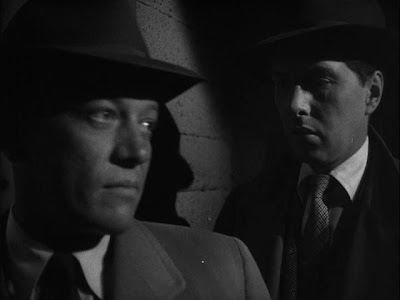 The Legend Of Red Dragon (2006 - Toru Ichikawa) - There are plenty of things wrong with this film...The story is far from original, the low budget screams out with every frame, the "martial arts" action is neither martial arts nor action, the acting is either cranked up to 11 or dialed down to minus 11 and the video effects are rather pointless. None of those things are a crime though - I mean you can't blame someone for trying and there's obviously some effort put into the filmmaking (different camera angles, specific framing of actors, etc.). What is a crime, though (at least it will be if I ever get into elected office), is making something this dull. Though only a measely 77 minutes long, the experience of watching this movie lasted several days for me - simply because I fell asleep no fewer than 7 times while working my way through it. Part of the problem is that its straight-up revenge story never engages or provides any mystery whatsoever and does nothing new with its premise (it barely does anything old with it). The film never recovers from its bland, opening yakuza battle and short of the pointless quirkiness of a band of assassins (who do a little dance and sing a song before their killings), the story of a daughter seeking to even the score with the family head who murdered her father brings nothing of interest to the table. Aside from a few moments of moderately interesting visual setups and an obvious attention to certain details, "The Legend Of Red Dragon" fails in the worst possible way: it's completely inert. 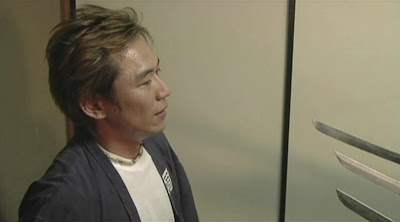 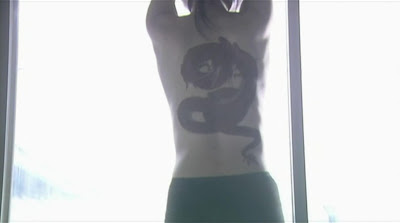 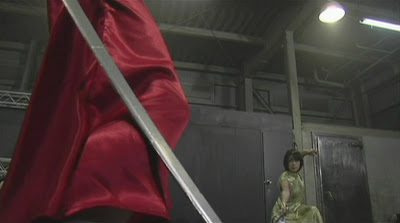 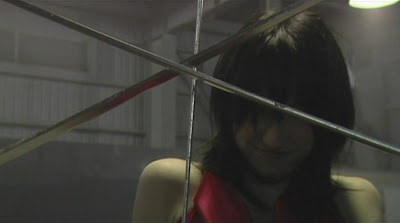 It's Kind Of A Funny Story (2010 - Anne Boden, Ryan Fleck) - I'm not completely sure if the filmmakers copped out of wrapping up several storylines towards the end of the movie or if they purposely left them ambiguously open, but regardless of the intent I really enjoyed how the secondary characters added bits of colour to the central story of one young teenagers messed up life - wrapping everything up in nice care packages before the end credits would have ruined the gist of the film. Craig has trouble handling what he perceives as pressure from all sides in his life and checks himself into a hospital for a one night stay. Hoping to simply get over his suicidal urges in quick and easy fashion, he ends up having to stay the week. His problems and resolutions are somewhat simplified, but there's an easy going charm and humour to the movie that pulled me in deeper as it went along. 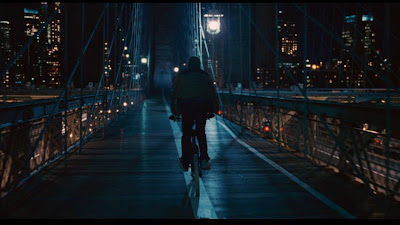 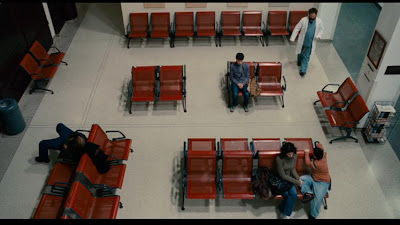 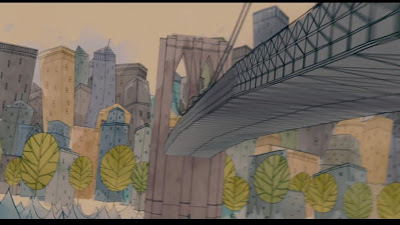 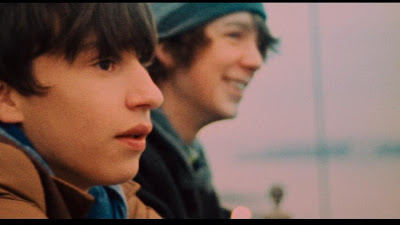 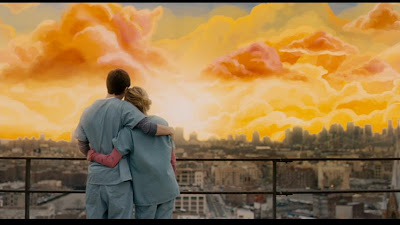 Interesting...
I've been meaning to see get Low for a while now, I really should get around to it.
I think I'll avoid The Legend Of The Red Dragon, seems terrible.
The Racket interests me though, I do like Robert Mitchum!

Too bad Legend of the Red Dragon was disappointing. The premise sounds like a something I would watch. I will have to add the others to the list of films "to see".

I like The Racket, too. In addition to Conrad, there's fun in watching Ray Collins, and William Tallman in the relatively unusual role of good guy. If you get the chance, check out Cromwell's film, The Scavengers.

I saw The Racket just a few weeks ago. I though it was pretty good too, not up to par with some of the film noir greats, but entertaining nonetheless. Unlike you, I felt there may have been a few supporting characters too many.

Love Mitchum...Just rewatched "Night Of The Hunter" (on BluRay!) and as goofy as he is periodically in it, he's also terribly menacing. I always believe every word coming out of his mouth.

Legend of Red Dragon is simply just very low budget filmmaking. I'm not sure how it got distribution or why it was on Netflix in Canada (where there is only about a thousand films).

Thanks for the tip on The Scavengers Peter...I'm still eager to listen to the commentary to see what the deal was with the numerous uncredited directors for The Racket.

I do see what you mean about the many supporting players Edgar. I suppose there were more than required and with Mitchum and Ryan, you don't need many. Still, I didn't feel they took anything away from the film and actually added to it.