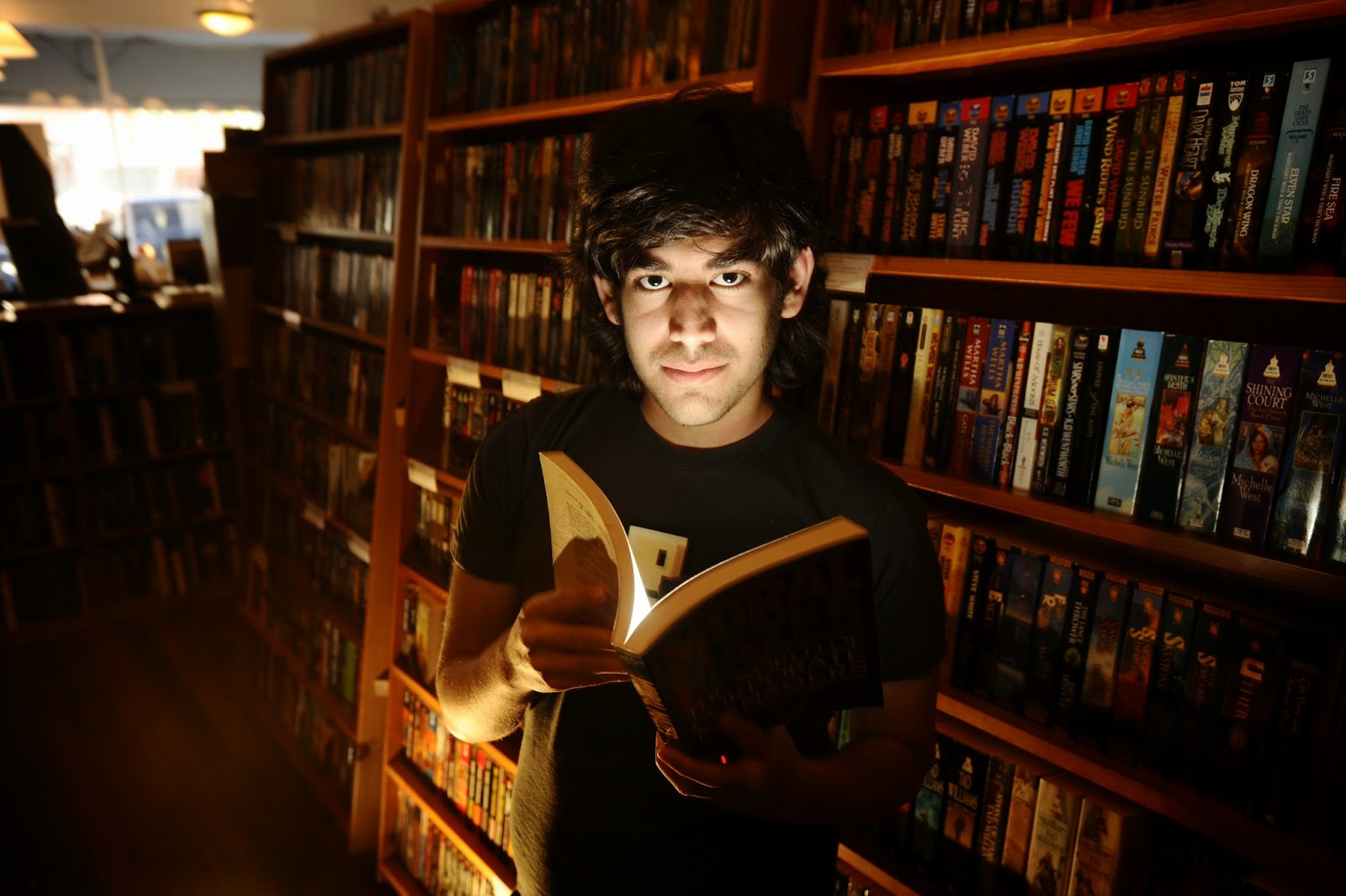 So how do you go about choosing what you want to see at a film festival like Hot Docs (running from April 24th to May 4th in Toronto)? With a roster of 197 films from 43 different countries and a reputation for superb programming, you could probably randomly select 20 films and be exceedingly happy with the results. Or you could just let the staff do it for you - for example, as I listened to Director of Programming Charlotte Cook talk about a small portion of the lineup at this week's press conference for the 21st annual festival (the largest documentary film festival in North America), I felt that I should simply just see the movies she mentioned. I expect those picks alone would make for a hell of a schedule.

One of those movies unveiled by Cook was the festival opener The Internet's Own Boy: The Story of Aaron Swarz. Before he took his life at the age of 26, Swarz was known for co-founding reddit (and several other companies), fighting SOPA and leading many internet activism causes before the U.S. government came after him with a variety of charges. The film will also screen as part of the festival's "Big Ideas" series and will have on hand Cory Doctorow, Gabrielle Coleman and Lawrence Lessig for a post-viewing panel discussion.

"Big Ideas" was quite successful last year, so they've upped the count to 5 separate films that will be covered in much greater depth via after film discussions with relevant guests. Along with the Swarz doc, there will also be Mission Blue (about environmentalist and oceanographer Sylvia Earle - also in attendance), The Case Against 8 (featuring the two couples who, along with a pair of lawyers, fought and won to strike down Proposition 8 in California that denied same sex marriages) and To Be Takei (about - you guessed it - George Takei and his eclectic life).

The fifth one of the "Big Ideas" is the one that hits me close to home - I Am Big Bird: The Caroll Spinney Story. I vividly remember, back in the day, watching the very first season of Sesame Street before toddling off to afternoon kindergarten. The show was a joy for me then and can still - without much effort - cuddle me in its warm embrace. Big Bird was a big part of that, so I'll be bouncing in my seat before, during and after the film. Especially as Spinney - Big Bird AND Oscar The Grouch's puppeteer - will be on stage to talk about the movie and his life.

And if that wasn't enough, here's a few others mentioned at the kickoff event:


Super Duper Alice Cooper - The world's first Doc Opera. No interviews or voice over, just graphics, animation and footage of Alice from his life and career. The event will be simulcast across Canada to 40+ theatres and the man himself will be on hand as well. A big ticket for sure.

Harmontown - After being fired from his own show "Community", creator Dan Harmon hits the road for a 20 city comedy tour. The film promises a mix between Harmon's sharp, quick humour and his darker side coming together in an entertaining portrait of a complex individual who can tend to be his own worst enemy. It will also be one of the films being given a free screening outdoors. 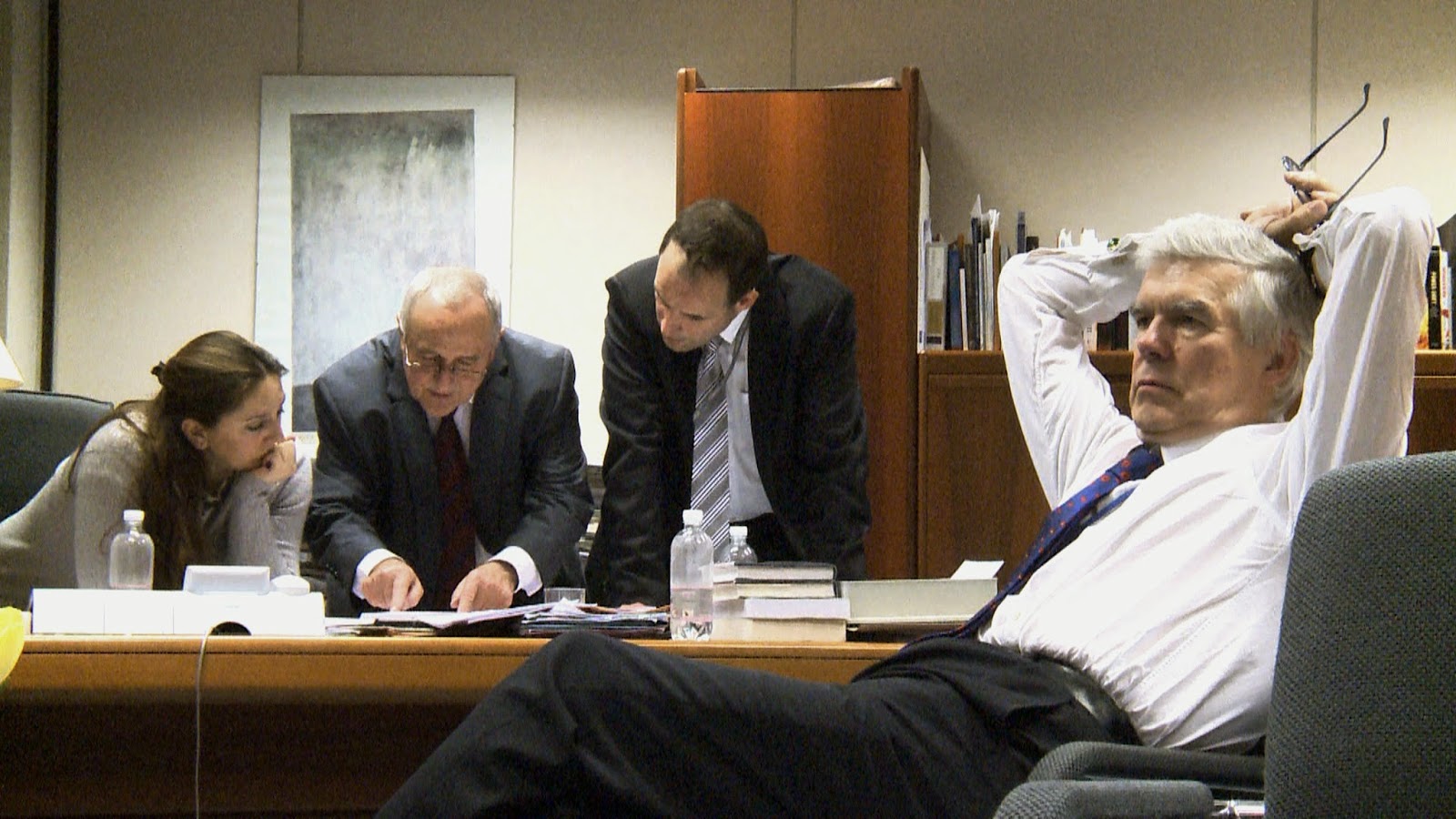 The Agreement - This Danish film documents part of the negotiations between Serbia and Kosovo and focuses on the mediators and the myriad of issues they face. The trailer that was shown indicates that perhaps even deciding on lunch might be an all day affair between the two sides.

Harlan County U.S.A. - The fantastic 70s doc about a coal miner's strike gets revisited on the big screen with filmmaker Barbara Kopple in attendance. I totally plan on going to see it again as it is a classic of the genre.. 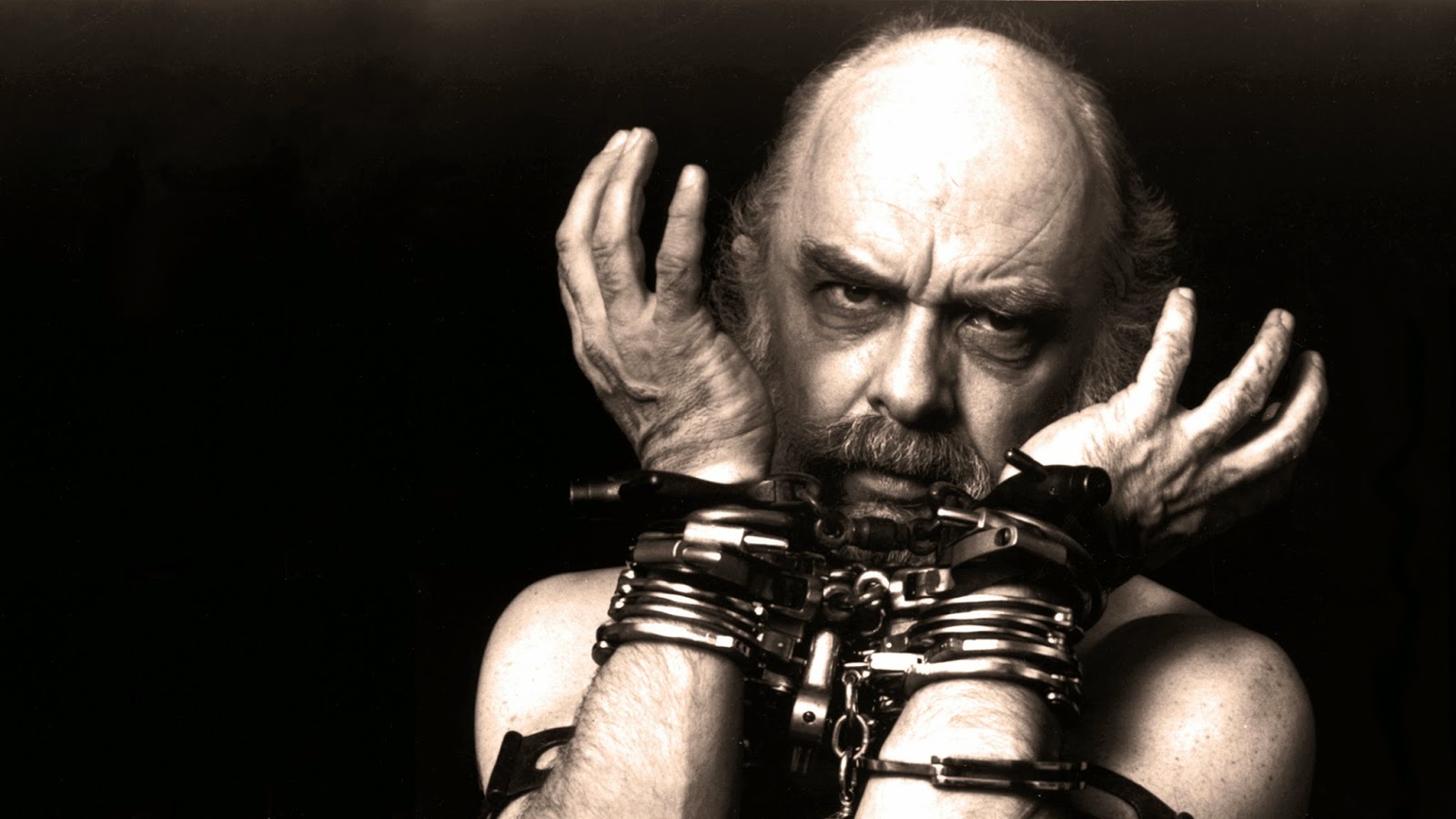 An Honest Liar - The Amazing Randi has long been a debunker of pseudo-science and charlatans - first as a magician showing how many tricks were done (e.g. Uri Geller's spoon-bending trick, etc.) and then as a leader of the JREF (James Randi Educational Foundation). His foundation has long had a million dollar prize on offer to anyone who can provide proof of some kind of psychic power or supernatural/occult entity - it should go without saying that the prize has not been won yet. Though I've often had a few problems with some of his comments (sometimes taking ad hominem attacks at those he is debunking), I expect he has grown weary of the constant environment of lying and deception he is exposed to. Which is why this could be a fascinating look at the man and a piece of deception within his own life.

Beyond Clueless - Using clips from over 200 teen movies from the last 20 years (ie. after Clueless became somewhat of a touchstone of the modern teen film), the "genre" is explored via the discovery of themes and common stories while Fairuza Balk narrates over it all. I'm a sucker for any kind of documentary about film, so I'm eager to see how this might fit together. 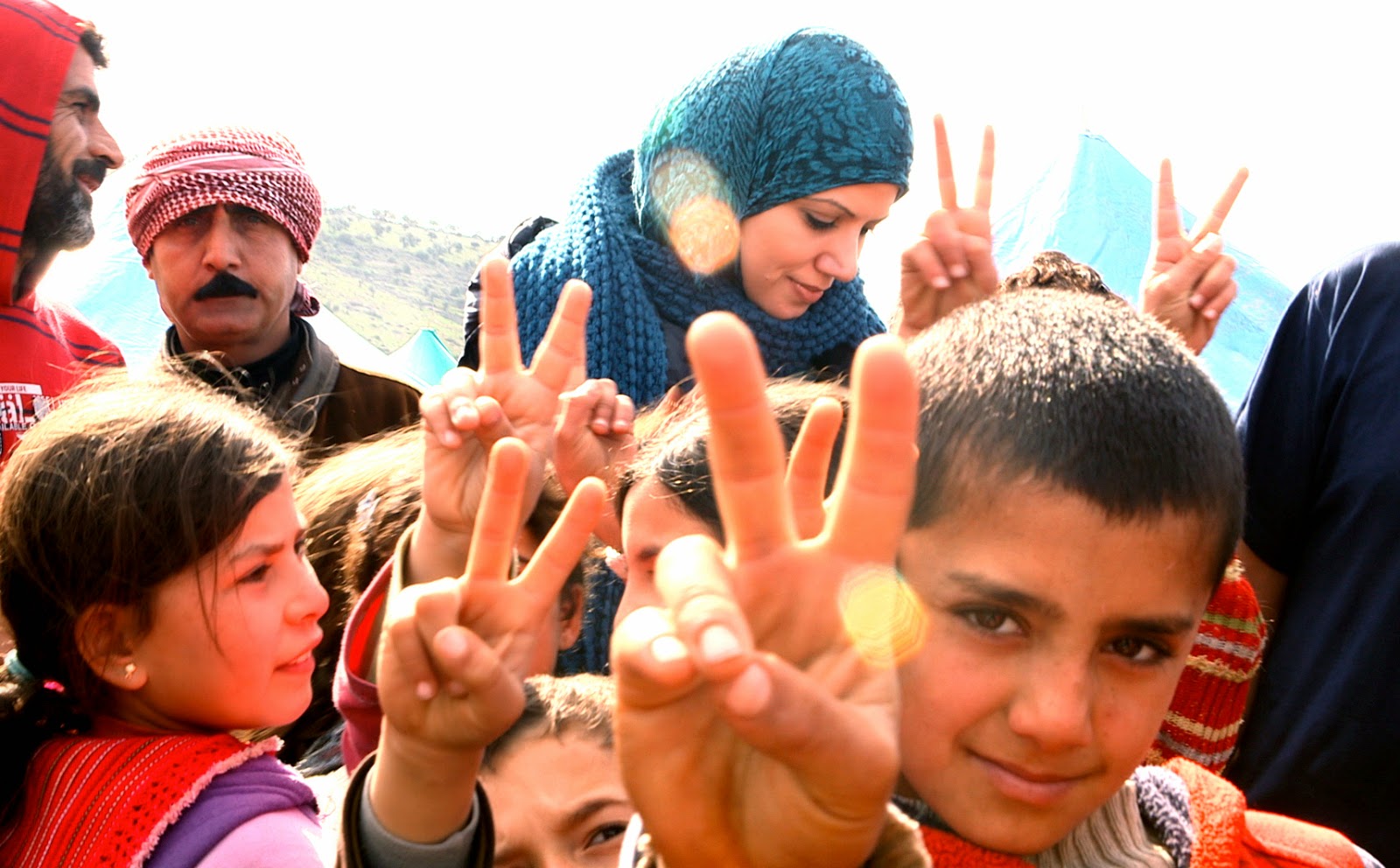 Red Lines - Due solely to the trailer screened, this is an early candidate for most moving doc of the fest. The film follows two Syrian activists as they try to get information out of the country and do what they can for the people within its borders. Though there obviously won't be a tidy happy end to this attempt to regain freedom for the population of Syria, it promises to be a reminder that hope springs eternal.


That's just a sampling of the films and 96 world and international premiers that were presented at the press conference. The event took place inside the Bloor Hot Docs Cinema and the revamped venue is still going strong 2 years after it opened as one of the only theatres in the world that focuses primarily on documentaries. It's welcomed over half a million visitors since that time and will be adding to its total as it fills (along with numerous other theatres in the city) for the fest.

There's plenty more as you skim through the deep, deep lineup. Here's just a couple of additional ones that jumped out at me:


112 Weddings - Though likely better known for his 2005 doc 51 Birch Street, Doug Block won me over completely with his 2009 effort The Kids Grow Up which covered his own daughter's growth from child to young woman as well as his own growth as a parent and husband. Outside of filmmaking, Block has also been a wedding videographer for almost 20 years and his latest film shows him revisiting all that old footage. He also reconnects with the couples themselves to see how things have worked out since the big ceremony. 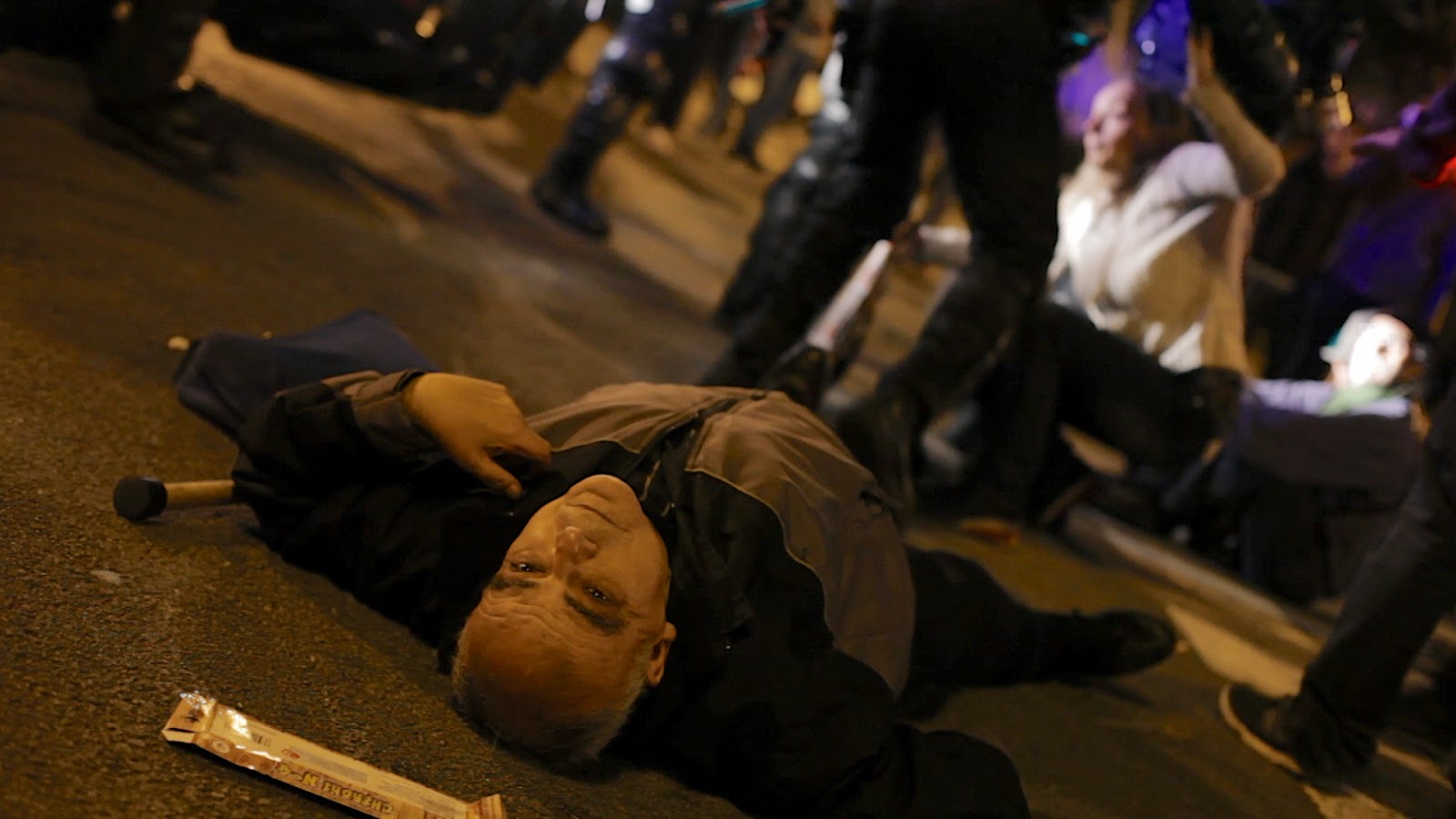 Demonstration - Viktor Kossakovsky was an unknown entity to me until 2 years ago when I saw his glorious film Vivan Las Antipodas! at Hot Docs. Now I want to see anything and everything he has a hand in - including this year's entry to the fest which is a collection of footage from 32 of his own students that documents a demonstration in Barcelona.

The Power Of Nightmares - As part of its Outstanding Achievement Award Retrospective series, Hot Docs this year is showing some of Adam Curtis' TV documentaries. This 3 episode feature (subtitled "The Rise Of The Politics Of Fear") feels legendary due to the number of times I've heard it mentioned in relation to expert historical documents of trends and the temper of our times. 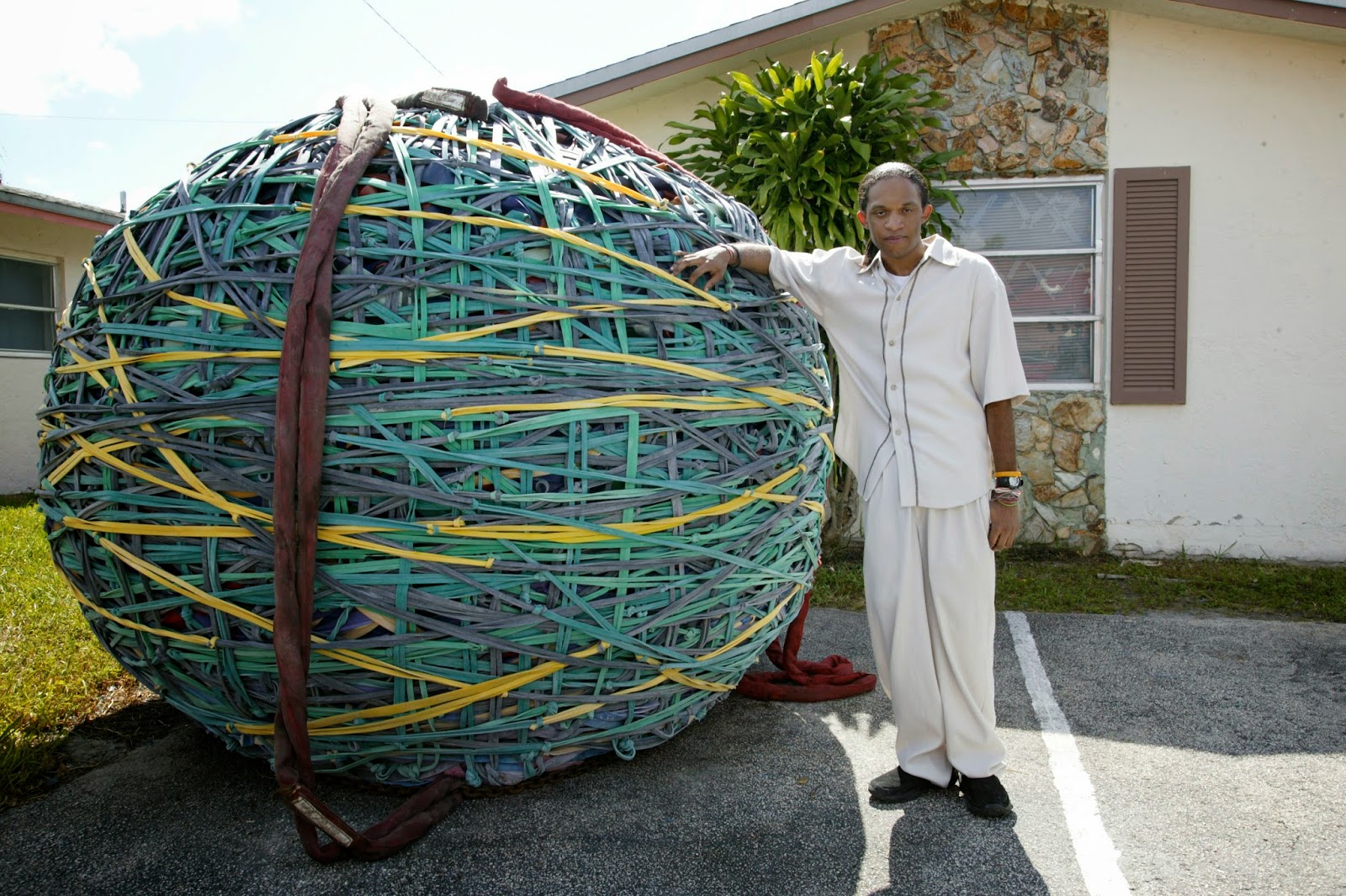 What else is there? Well...

It's no wonder that the Hot Docs press conference always lines up pretty close to the first day of Spring. The festival always instills feelings of rejuvenation and hope in me. 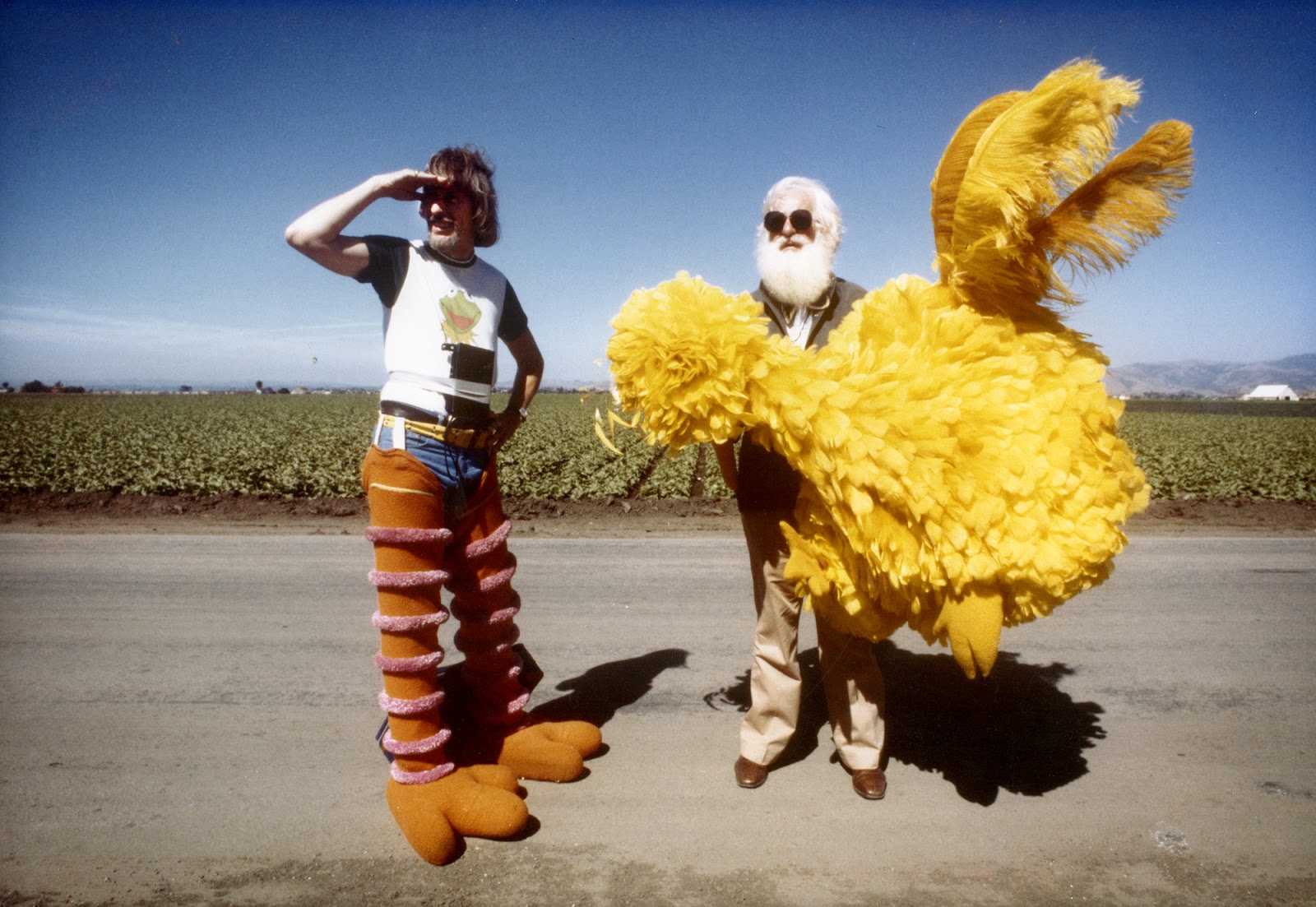 Email ThisBlogThis!Share to TwitterShare to FacebookShare to Pinterest
Labels: HotDocs2014