I'm currently experiencing a worriment that befalls many film bloggers and movie fanatics - the universal battle cry that "There's too much to see! And not enough time!"

Of course, it's a pretty lame problem to have isn't it? Living in a major metropolitan area like Toronto (replete with its stores, rentals outlets, rep cinemas and many film festivals), I have a plethora of choices on an ongoing basis, so I'm never really left out in the cold with no options. However, the Paradox of Choice does sometimes leave me struggling to make a decision - what to watch next? 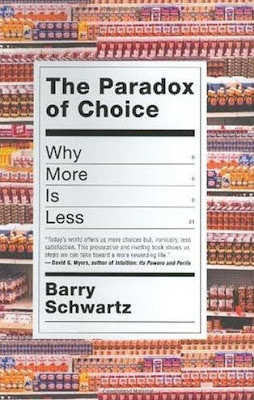 The end of year rush to catch up with everything missed during 2010 (with full knowledge that it can't be done) has certainly helped stir things up. No sooner than I get a few more 2010 films under my belt when suddenly there's another 5 that just became available to see (at least there's not much new to see in 2011 yet). On top of that, though, two further occurrences in the last few days have pushed me to the edge...

First up, I took a "quick browse" of the TIFF Lightbox schedule for the next few months. These are just the ones that jumped out at me without reading any blurbs: 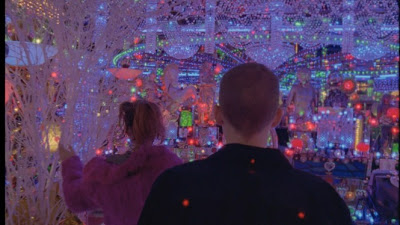 And that's just the stuff I haven't seen before. If you include previously viewed films that I'd like to see again on the big screen, the schedule also includes: 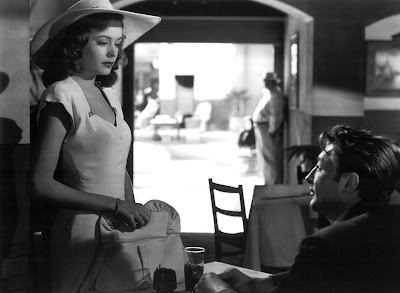 If that wasn't bad enough (and isn't it just terrible?), I just received my recent order from amazon.co.uk (oh, region-free DVD player, you just keep giving and giving...) that included: 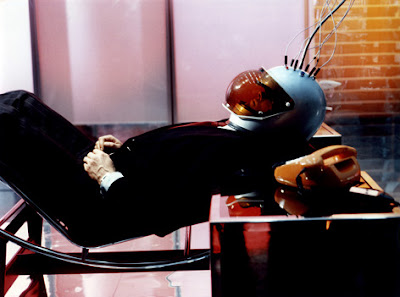 A treasure chest of riches to be sure...But wait, none of this is taking into account the stacks already taking up space on my floor because they are "in progress": 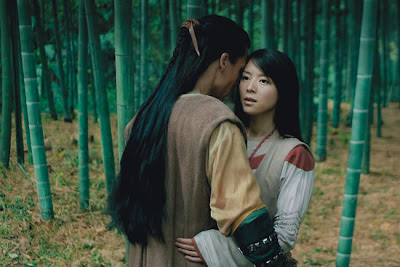 And then we have these ongoing distractions:

The biggest issue of late, though, is preventing any viewing at all - it's my recent acquisition of a capture card for my iMac. It'll help me pull together all my old video tape footage of my son from ages 0 to 6 - just watching the old tapes will keep me busy for awhile, but the editing down to short "films" will be an ongoing effort (a fun one, but certainly time consuming). With all of that as well as my participation in the upcoming list of the Toronto J-Film Pow-Wow's top 100 Japanese films (our favourites, not "The Best") it's no wonder I'm barely posting these days...

Oh, woe is me...Such difficult choices ahead!
Posted by Bob Turnbull at 01:10

It can certainly be overwhelming. So much to see, you just don't know where to start, and the next thing you know, you're doing something entirely different, like that video project you've got. Then you're even further behind, not only on movie watching but on this habit of blogging, and it's all downhill from there.

Like a drug addict, just take it one day at a time. And maybe will yourself to not be interested in so many movies...I haven't even heard of probably 70% of the ones you listed. ;)

You are a pansy for complaining... :)

In between Netflix, cable TV, the actual movie theaters, Netflix Instant View, Amazon Video Download... I empathize with you. And to make matters worse, a good friend of mine recently got into one of those super secret online film sharing sites and has offered to make copies of any request I have. I threw out Edward Yang's "A Brighter Summer Day", obscure Godard that I can't find (such as Histories du Cinema) and various other obscure titles and damn if he didn't come through.

So ahh yes Bob, I feel your pain, but as a movie lover would we really want it any other way?

Nope, wouldn't want it any other way Joseph...If this is my worst problem, I think I'll be OK...B-). That's awesome that you can see "Brighter Summer Day" - they had it at our Cinematheque a few years ago and I missed it (I missed the entire Yang retrospective unfortunately). Here's hoping Criterion puts it out at some point. My friend Dave (he of the "pansy" quip) drops all sorts of stuff on me as well. He just gave me Soderbergh's K Street the other day - now I have to make time for that as well! Gee thanks Dave...

The book cover I included ("Paradox of Choice") is actually quite a good read. One of its main positions is that there are two kinds of people - those who must maximize everything (ie. examine all choices, get the best deals, always be on top of things) and those who set thresholds for satisfaction. I'm firmly in the latter camp (for the most part), so my generalist approach to watching movies - not going completely in depth in any one particular genre - has worked well for me.

So I'm sticking with that approach Fletch - no 12 step program for me. B-)

Perhaps pansy was a bit harsh, I am at a period where I am embracing our shared addiction, yes I would say I am in the latter your book description as I just bought 7 more DVD's at my 4 for $20 store...but I don't have a problem? ;)

I'd love to see Pandora and the Flying Dutchman on the big screen. And if you've never seen it, then go, go, go!

I have a stack of DVD that I'm slowly working through of mostly Asian films, including some classics by Mizoguchi and Ichikawa. Something I normally don't do was to pre-order the Naruse silent set coming in March.