Who likes lists? I like lists. I can rarely stop at just one. So when looking back at a year's worth of movie-watching, I prefer to take a leisurely walk through all the films I saw - not just the ones released in the calendar year - and make a few different lists (ordered and unordered). So here's my Top 10, a few other choice items from the year gone by and then a whole slew of other notable non-2010 movies I ran across during the past 12 months. By the way, you can hover the mouse over individual photos in the above mosaic to see unobstructed views of each.

10) Waste Land
Far more than a simple document of artist Vic Muniz and his garbage sculptures-turned-photographs and far more than a close-up look at the world's most massive garbage dump, Lucy Walker's "Waste Land" shows the beauty behind the many different things (and people) we too easily dispose.

9) Easy A
The biggest and happiest surprise of the year for me. Sure I expected Emma Stone to easily transition into lead roles, but did not expect her to completely own her character - a young woman far more clever than most around her (except maybe her parents), but still trying to figure things out. A few cliches and stereotypes are present among the rest of the fully realized characters, but overall this is a funny, warm and very sharp film. And my love for Patricia Clarkson continues unabated.

8) Rubber
For the most part, the easiest "sell" of the year to people that hadn't seen it since it only required a three word pitch: "Sentient killer tire". If additional convincing was necessary, you could reference the meta aspects of the film, the Greek chorus and the sheer ridiculousness of what the film does with its concept. All I needed was the three word pitch to get me in the door and I got what I came for - but also received so very much more. One of the funniest, most surprising and smartest films of the year.

7) Confessions
A 30-minute monologue by a teacher to her classroom full of inattentive teenagers kicks off Tetsuya Nakashima's cynical exploitation film. It details her child's death at the hands of two of the students and her initial stab at vengeance. By the end of Yuko's full plan (the initial half hour is a perfect short film, but there are further confessions to follow), it doesn't appear that any of the kids have learned anything. There aren't any winners in this universe, but there's no shortage of blame being tossed about with parents, teachers and the entire education system receiving their fare share. As depressing as that sounds, its incredibly slick presentation and unrelenting pace make it never less than completely involving. Is the film trying to make a case for proper education of young people or is it simply looking to entertain via shock and titillation? I confess that I don't really care as I was completely engaged. 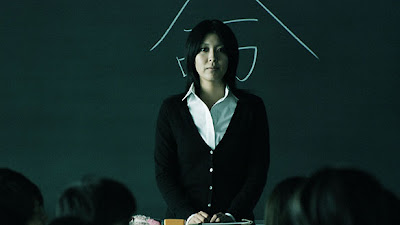 6) Inception
Most of the negative comments directed towards Christopher Nolan's latest film were typically based around what it wasn't: "The dream sequences don't look like dreams", "It's not as emotional as it should be", "It's not as good as Paprika", etc. All true perhaps, but it also doesn't have as much Julie Andrews twirling around in the Alps as "The Sound Of Music" does - so what's their point? "Inception", for me anyway, was an exceptionally fun and thrilling heist movie that layered it's story with enough depth to always keep you focused and also happened to provide a final climactic sequence that lasted for about half an hour.

5) Toy Story 3
It's too easy to include Pixar in these end of year lists - their consistency is startling. I could very well have simply copied exactly what I said in last year's list about "Up" and it would have applied for the final chapter in their Toy Story trilogy. One of the keys is that the films focus on character, story and an adventure-filled arc and so it goes with this third entry. New characters are brought forth as strong as any in Pixar's stable while all the old characters become nearer and dearer and make it all too easy to give in to the emotions towards the end of the film.

4) Scott Pilgrim vs The World
If you've ever been curious what a video game inside a comic book inside a movie feels like and you want to have a hugely entertaining time, Edgar Wright has the perfect Combo for you. A completely satisfying, candy-coated experience.

3) The Social Network
How good a filmmaker is Fincher? He made computer programming look exciting. Beyond all the technical merits of the film (and there are many including a perfectly matched score), lies a story that examines not only our need to belong and communicate, but how we need to prove our worth to others. No matter how many people say "I don't care what others think...", it's rarely true. 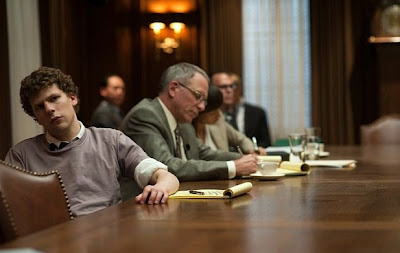 2) Cold Fish
You may never walk into a fish store ever again...A meek store owner by the name of Shamoto with a cold wife and hateful daughter meets a fellow tropical fish vendor who is everything he's not. His new friend Murata is dynamic, happy, successful and one of the worst serial killers in his nation's history. He also has plans for Shamoto. Director Sion Sono is one of the most interesting filmmakers currently working because of his no holds barred approach to relentlessly moving his story and characters forward. He can make the absurd seem all too real and the utterly grotesque seem funny. This is fearless filmmaking.

1) The Illusionist
A match made in heaven - Chomet's use of subtlety, humour and full-fledged characters was done wonderfully well in The Triplets Of Belleville with nary a word of dialog, so who better to write his next project than famed French director (and personal fave) Jacques Tati? Apparently no one. Using an old unproduced "script" by Tati, Chomet has created possibly the definitive definition of the word bittersweet. An old style magician is pushed far afield to find appreciative audiences for his act and in the furthest reaches of the Scottish isles encounters a young girl who not only believes in him, but in his magic as well. She accompanies him back to the big city and blossoms into a young lady as she slowly loses her childhood innocence. A paean to old fashioned entertainment and ways of life, it's also a reflection of how people need to be able to adapt with change and manage to incorporate it into their lives. An unending stream of comic inventiveness fills the film while every frame is steeped in detail and rendered in such ravishing fashion that it made me giddy. A good thing too since there is a strong sense of sadness that permeates the story. No mixed emotions about the film though - an unreserved gushing recommendation. 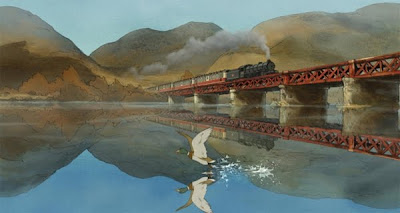 Funny, I thought - outside of general Jack Black derision - that School of Rock was generally very well-received.

Anyway, that's an awesome story between you and your son that I hope to replicate one day with my daughter. Something tells me that movie will climb higher and higher up your mental list in the coming years.

Gah - I've only seen 6 of your 10 2010 favorites, though for reasons we've already discussed: I don't think 5 of them have been shown in theaters here. I'm keen to catch Easy A, though - it seems everyone likes it. Pop culture references notwithstanding, it seems akin to Clueless in that it crosses the gender gap quite easily and has a lot of well-drawn characters.

Rubber just sounds like a ton of fun. Wow.

I'm going to check out Easy A in the near future. I'm sure I've said this many times, but I'm curious that I haven't heard any 'happy medium' reviews; from what I've heard/read, it's either loved or reviled.

And I need to screen The Assassination of Jesse James again. Not to rehash old arguments, but I really think Casey Affleck should have won the Oscar for Best Supporting Actor over Javier Bardem.

I'm still catching up on 2010 films, but so far, my favorite screen couple is Annette Bening and Julianne Moore in The Kids Are All Right.

I seem to vaguely remember a certain amount of derision of "School Of Rock" (ie. "what the hell is Linklater doing with a mainstream movie?!"), but maybe it was better received than I thought. I hope so - I like the relationship Black builds with the kids and the fact that the kids are really playing/singing really helps.

I'm glad you'll both be checking out Easy A - please let me know what you think. It's possible my enjoyment was slightly askew due to a lowered expectation going in to see it the first time, but I've seen it twice since then and it still holds up. I probably shouldn't raise your expectations too much though...B-) I don't remember seeing too many "hate" reviews of it though Jamie - I suppose some of the characters are a bit too clever, but they remain consistently so throughout. The movie sets up its universe and sticks to it (although any universe in which Emma Stone is regarded as invisible is not one I want to be a part of - though on second thought, it would improve my chances...).

I think Rubber is suppose to be coming out this year on DVD. At only 75 minutes, I think it hits all its points perfectly and wraps up before it overstays its welcome.

Loved Bardem, but I wouldn't argue that point with you Jamie.

I liked The Kids Are All Right just fine, but it was the two kids that impressed me most - even though neither of them had overly huge emotional baggage to wade through.