Scribblings Of A Random Nature #19 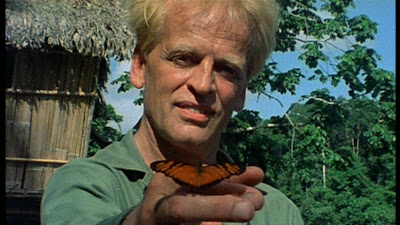 Detective Story (2007 - Takashi Miike) - When I cued up Takashi Miike's 2007 film "Detective Story", I was exceptionally tired. I thought I would kick it off, maybe watch half an hour or so just to get the feel of it and then watch it all the next evening. I was even more tired than expected I guess as I started drifiting off to sleep several times early on and ended up only getting fractured bits of the story and characters. So of course, I shut it off and came back the next day to restart it. It was then that I realized it wasn't necessarily my occasional snoozing that made the movie seem choppy - it was the movie itself. Several different characters that, except for a one way phone call between two of them, seem to have nothing to do with each other zoom past in the first few minutes. It's disorienting, confusing and, because Miike has a certain way with framing and cutting his scenes, pretty damn engrossing. Especially if you've got a good night's sleep under your belt. At the root of the story is famous artist Yuki Aoyama whose paintings and artwork show all kinds of mutilations, body parts and other assorted grotesqueries reconfigured into new images. Several female fans end up dead in rather gory fashion - each one missing a specific organ and associated to one of Mother Nature's elements (water, air, earth, fire). Detective Raita Kazama stumbles into the case after one of these women visits him in fear for her life just before she is murdered. Raita has his own detective agency, a rather strained relationship with the police (with whom he becomes a suspect very quickly) and has a new neighbour in his apartment building who also happens to be named Raita. The story is fine and involving, but it's not really the main draw of the film. Miike is playing with the form and the function of movies - even more so than he usually does. His characters look straight into the camera, absurd actions are taken simply to move the plot forward and indications abound that something is not quite right. From scene to scene, new techniques are used to attempt to convey different moods or pieces of information. An interrogation scene receives clipped editing to indicate how the cops are trying to circle around Raita, the camera focuses on inconsequential details to show a character's loss of concentration, squawking music overlays the soundtrack to induce irritation, etc. You can't help but wonder sometimes whether Miike is playing things very fast and loose on set - "Hey, you know what we should try?" - but, even though not everything works, I'm kind of thrilled with the results as he is constantly trying out new methods to push his filmmaking forward. 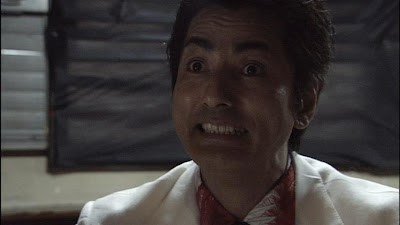 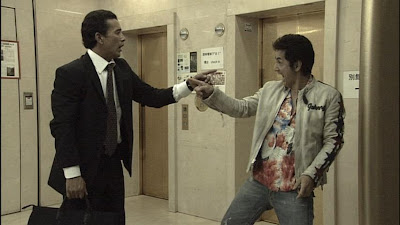 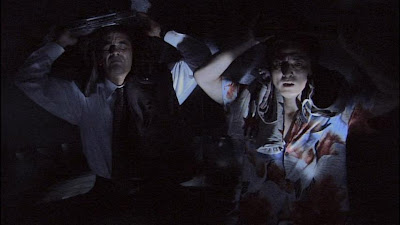 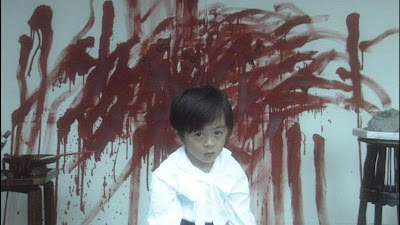 A Perfect Couple (1979 - Robert Altman) - Though I've yet to see all of Altman's films, I can't help but think that this is his biggest misfire. And yes, I'll even include "Popeye" in that list. Dooley and Heflin play a couple who begin the film on their first date and progress towards a serious relationship that is hampered at many different points by their smothering families. Dooley's is run by a dominating father who controls, almost moment to moment, the lives of each family member. Heflin is a singer in large band who live, practice and tour together and are run by a controlling, dominating front man who, almost moment to moment...You get the picture. Dooley's family is, if completely ridiculous, at least reasonably entertaining (particularly because of the always great Titos Vandis and Henry Gibson). Heflin's storyline, though, is downright unwatchable. First and possibly foremost is due to Heflin herself - I know she's smothered by the band, but she plays the whole film as if she were a zombie (and not one of those fast moving varieties) and the moments when she is performing her backup singing duties would be laughable if they weren't so jaw-droppingly bad (again, I realize the character is disengaged from her circumstances, but you have to really see it to believe it). Of equal badness is the music being performed by her band (with the completely terrible name of "Keepin' 'Em Off The Streets") which is offensively bland and was dated before the sound waves even reached the first eardrum. You can't purposely write music this bad, so you know they actually thought it was good. It's an important thing to point out since it is a very major part of the film and many songs are performed in their entirety. If all that wasn't bad enough, Dooley and Heflin have no chemistry - not once did I believe that he actually wanted a second date (even as an excuse to get out of his house) nor could I see a reason why she would even consider accepting. He's annoying and uninteresting and she's a limp piece of celery. I watched the making of featurette on the DVD and I still just don't know what they were thinking. 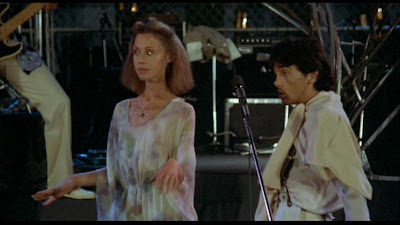 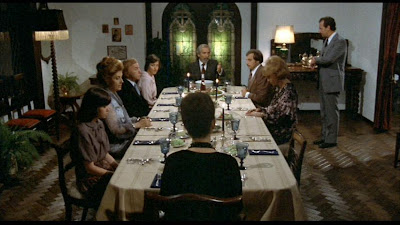 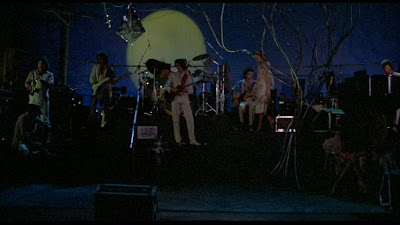 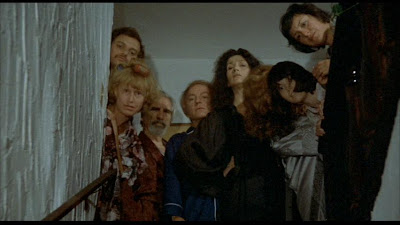 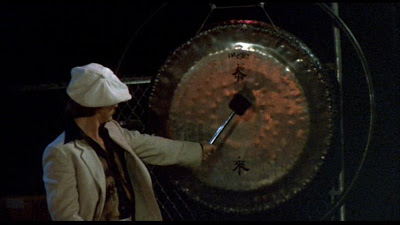 Japanese Girls At The Harbour (1933 - Hiroshi Shimizu) - "Love must be generous or it's nothing at all". A story revolving around two young girls vying for the attention of one young man is as old as the hills. Hiroshi Shimizu's 1933 silent film "Japanese Girls At The Harbor" may begin with this shopworn initial premise, but it gets used to build a lovely story of the relationship between trust and love. Its focus is on how the girls of the title approach their relationships and their expectations about what love is, but it also takes a look at the change in moral values within Japanese society and the lure of Western culture. Shimizu's gentle touch to the pace of the story along with some outstanding (and very innovative for the time) camerawork and editing make this a wonderful treasure. The story follows Sunako and Dora -two school age friends who promise that they will always be together. Until, of course, a boy enters the picture. Not a boy really, but a young man named Henry (note the Western style name) who rides in on a motorcycle and shows hoodlum tendencies. Both girls desire him and have a small confrontation, but then settle their differences the next day. The tone of their approaches, however, has been set - Sunako is aggressive and jealous, while Dora is patient and believes that love will win out in the end. Soon after, when Sunako discovers that Henry has also been seeing an older woman named Yoko, she takes drastic action...Though the DVD (part of the "Travels with Hiroshi Shimizu" 4 disc set from Eclipse) comes with an optional musical score, I found the film worked best in complete silence. That's not a criticism of the music itself - a fine new score written by noted silent film composer Donald Sosin - just a statement that the film doesn't need the additional backing of music to shape its tone or emotions. It's all expressed via the visuals. Shimizu's camera stays with the characters via several long strolling tracking shots to allow us time with them, links them between scenes and frames them in different relationships to each other. In the aesthetics of the film, there's a strong resemblance in look and feel to the "poetic realism" approach to filmmaking from France (which began a bit more in earnest a year or so after this film). Whether it was the lovely use of shadows during key moments (presaging film noir), dreamlike transitions or simply the softer, quieter acting style, I found numerous linkages between the two styles even though there are also some quite definite departures in other aspects. Also of particular note is the effective use of editing in several scenes. When Sunako is about to take her measures against Yoko, the camera cuts to closer and closer zooms on her face that heighten the feeling that something is about to occur - it's unexpected and terribly effective. Shimizu uses this tactic again later in the film as a way of conveying a character's dawning realization. Also effective are the slow fades of characters to denote a passage of time. Like ghosts receding from a room to appear again somewhere else far off, the characters sometimes exit a scene by simply slowly disappearing. 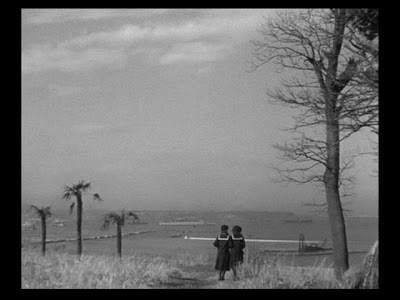 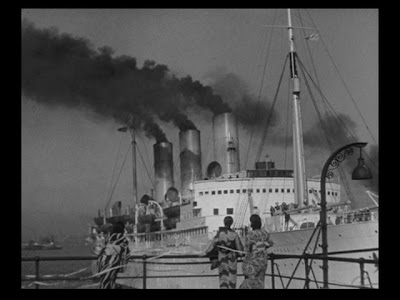 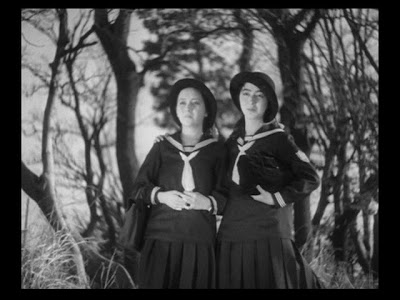 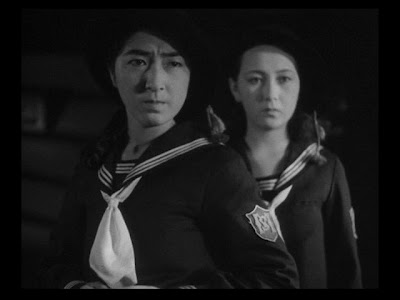 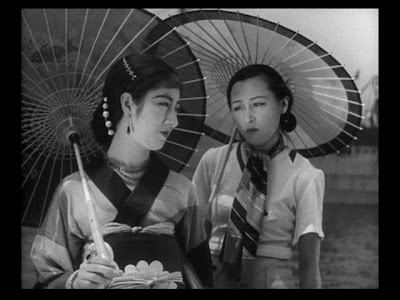 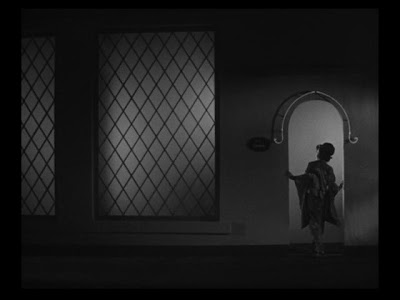 My Best Fiend (1999 - Werner Herzog) - Even when Werner Herzog makes a documentary - including first hand accounts involving himself - I still don't believe a damn word that comes out of his mouth. His 1999 film about his abrasive, loving, rage-filled, funny and bordering on murderous relationship with Klaus Kinski (star of 5 of his films between 1972 and 1987) takes the same route as many of his documentaries - stories and statements that become wilder as the film progresses, each one not completely believable, but when strung together paint an overall picture (the "ecstatic truth" Herzog says he wants to get to in each film) of his subject. During the filming of Fitzcarraldo, did tribesmen really come up to Herzog and actually offer to kill Kinski? And did Herzog seriously consider the offer ("And I said, 'No for God's sake! I still need him for shooting!'")? Did Kinski regularly complain about miniscule items on set by screaming at people for hours at a time? Did Herzog really almost firebomb Kinski's house? None of it really matters since the stories (true or not) are fascinating, wonderfully told by Herzog and indicative of the way the two men fought, felt about each other and approached their art - full bore and full steam ahead. 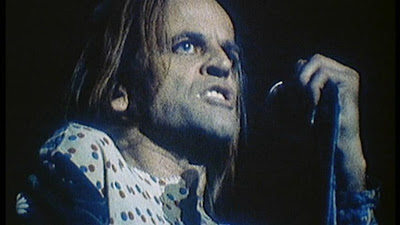 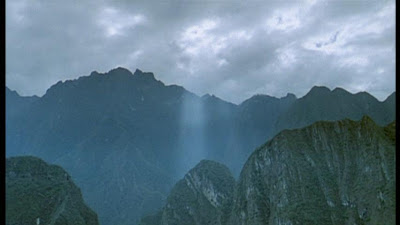 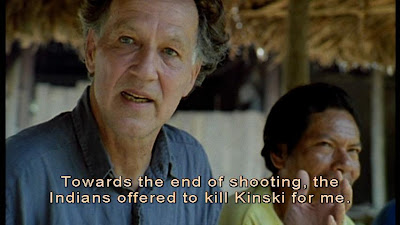 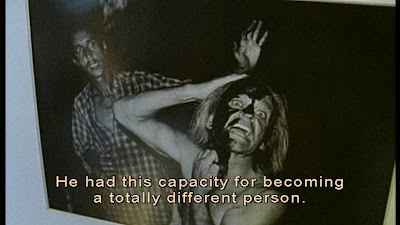 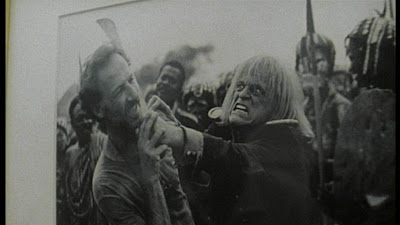 I guess that's why I still have some problems with Herzog, as brilliant as he is; that line between crazy and crazy like a fox gets pushed way too far. I like him...alot, but can't take him too seriously either. I keep talking my self out of the "Cave" doc thinking there's a little too much fanboy love out there a la Malick re: Tree Of Life...I'd better stop I could rant all night...enjoy the vacay!

Yeah, I can see that Dave...Have you seen "Aguirre Wrath Of God" and "Nosferatu" or one of his non-Kinski films like "Stroszek" and "The Enigma Of Kaspar Hauser"? That's where he really shines...But I also love "Fata Morgana", "Lessons Of Darkness", "The White Diamond" and "Grizzly Man" (though I just don't believe he actually had that tape of the attack) because of the visuals as well as the stories he tells - fact or fiction, I find the guy entertaining...

I have seen Nosferatu, Fata Morgana and Grizzly Man plus My Son My Son, Bad Lieutenant...I suppose he is just one of my grain of salt guys...