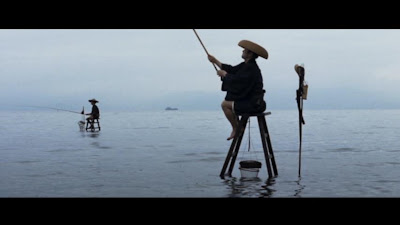 I can just imagine the scene...

A busy Takashi Miike is summoned to the high reaches of an office tower and strides purposefully into a boardroom. Japanese and UK producers sit around a long oval table, eyes fixed on the director of some 80 titles in a mere 20 years.

Miike is respectful, but feels out of place in the offices of rigid studio filmmaking. He stands quietly until he is addressed by the head of Toho studios:

"Modern day audiences want nothing more than love stories, j-pop and schoolgirls. We need your help to bring us back to the halycon days of samurai films by the legendary directors of this great country."

"I'd love to help", says Miike, "but I've got 17 films in the pipeline. Then I need to figure out what I'm doing next year."

"Perhaps you don't understand the severity of the problem...". The Toho producer's voice trails off as he starts a short video showing scene after scene of young adults and teenagers from around the world talking about rom coms and teen idol showcases. Miike winces, but stands firm. Until, that is, he hears one young man say:

"Yeah, samurai films are OK, I guess, but they aren't really action films. Not like Michael Bay!"

He bows his head, pauses to gather his thoughts, then raises his eyes to look straight at the man from Toho and says: 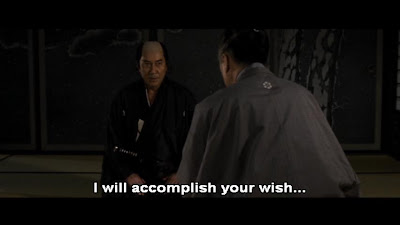 "I will accomplish your wish..." 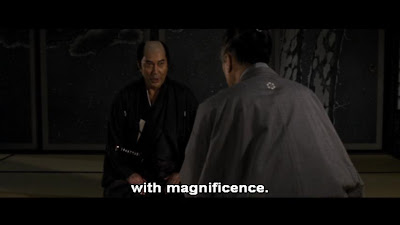 
And boy-howdy did he ever with "13 Assassins": 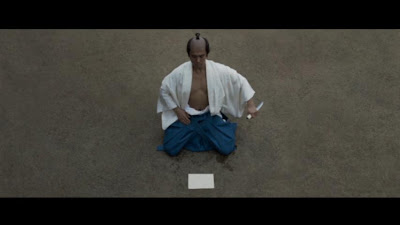 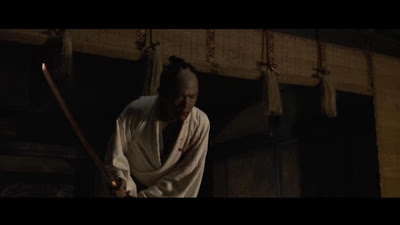 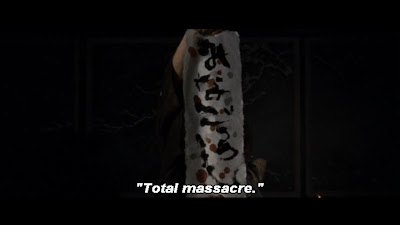 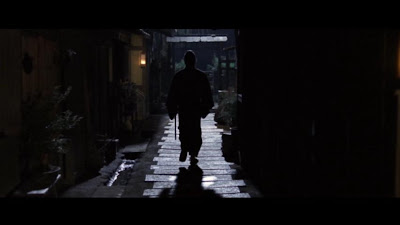 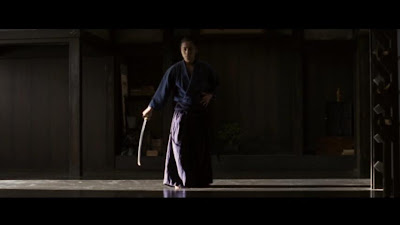 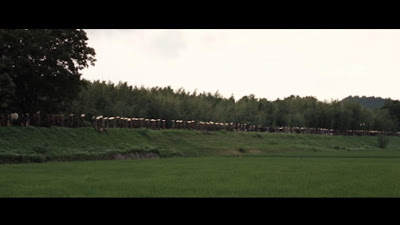 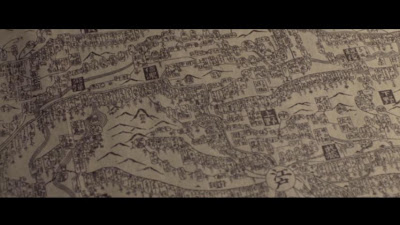 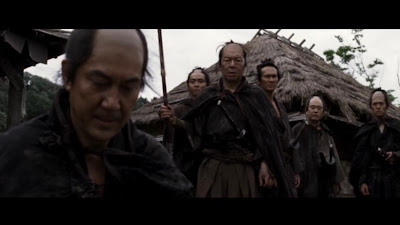 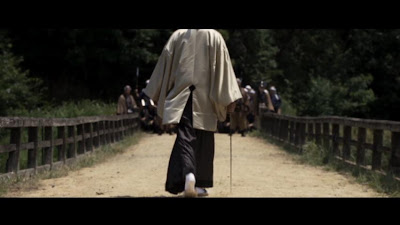 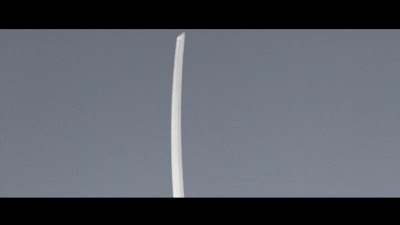 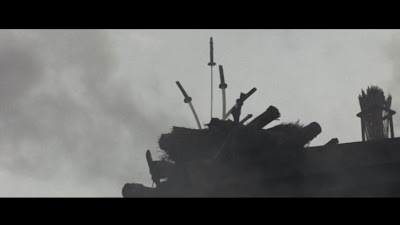 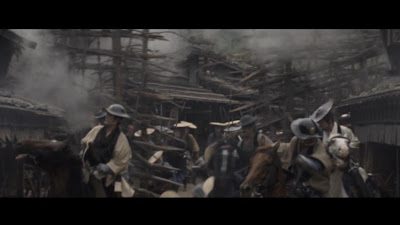 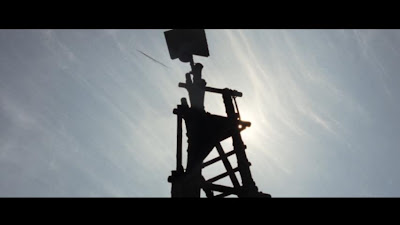 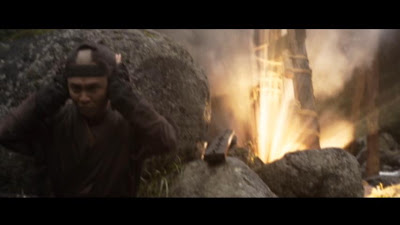 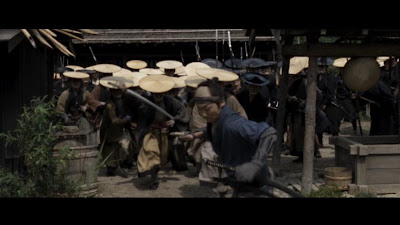 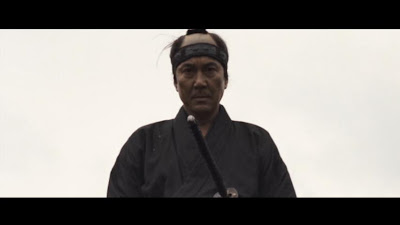 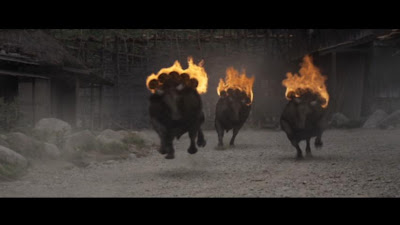 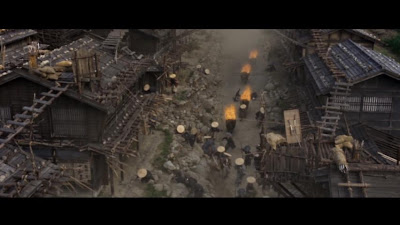 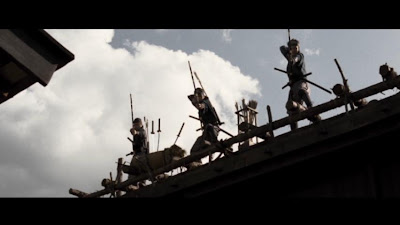 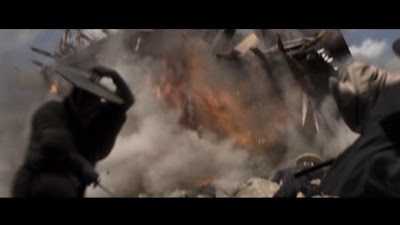 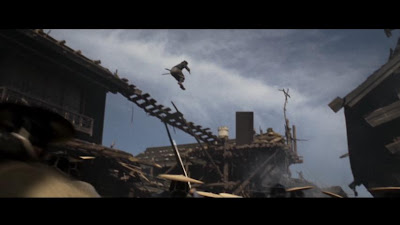 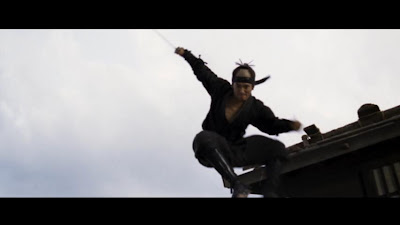 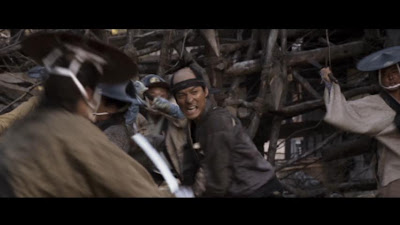 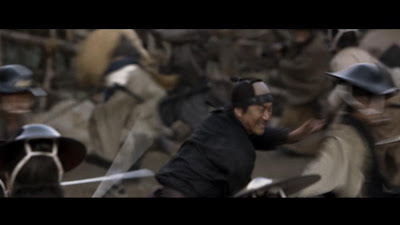 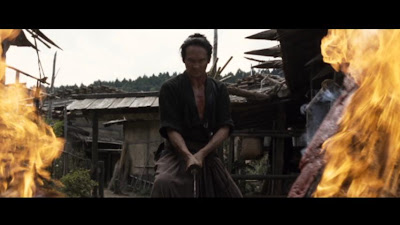 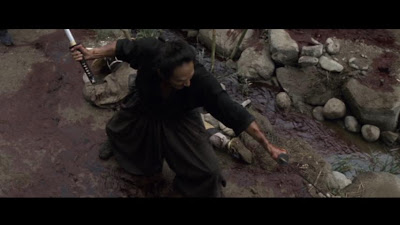 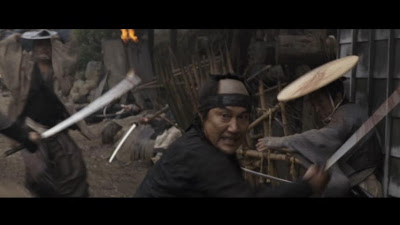 I didn't even have to take any screenshots from the final half hour of the film...
Posted by Bob Turnbull at 19:28

I finally caught this last week and it blew me away. It was always going to be my sort of film, but I loved every second of it. The finale is gobsmacking, but even the build up was fantastic.

My film of the year so far.

Yeah, that finale is outstanding. As much as I liked everything before it (some described it as boring - not at all), I did want a little bit more camraderie from the 13 and a bit more to distinguish some of them. But that's nit picking...It still pays off in fantastic fashion. And Koji Yakusho remains one of my favourite actors anywhere...

A real highlight from #TIFF10 for me, and I got to catch it a second time at ActionFest. It never would have occurred to me to say this ten years ago, but Miike is fast becoming Kurosawa's truest heir in terms of cinematic construction. The master would have approved.

I always tread lightly when it comes to Miike. I like Audition but hated Ichi the Killer and others but I'm happy to see he's moving his talents in what seems like a different direction with this and Western Django before it. I may need to start paying closer attention.

I definitely agree with your comparison Matt - that's one of the reasons I envisioned that scenario of Miike building a movie to bring back memories of the past samurai classics.

So how did the film play at ActionFest? That last 50 minutes must've gone over like gangbusters.

I'm certainly all over the map with Miike too, though I usually find a few positive things in his movies as he's usually pretty inventive. Sometimes that doesn't help the story he's telling, but most often it works for me. I really like Happiness Of The Katakuris and Audition and quite enjoyed his J-Horror entry One Missed Call (nothing tremendously different about it, but it was solid and fun).

Anyone see Detective Story? I also really enjoyed that - it went in directions that I didn't expect.

I am glad I caught this in the cinema earlier this year. It's a great movie, and that last battle is absolutely epic. One of the better movies to come out this year, no doubt.