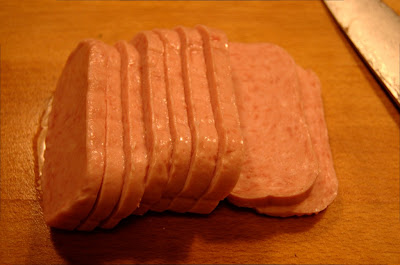 The lovely and talented Jandy - one of my co-writers at RowThree where I occasionally also post - emailed a few us the following comment that was left in pending status on the site. It's spam, so I have no qualms about re-posting it here (it contained the same link dropped in at random about 4-5 times in the content).

It's obviously been jammed through some kind of translation bot, but feels like it may have actually come from some person's actual top 6 list of mermaid movies. Parsing out any of their thoughts will be challenge though...However, since this translated version (which was posted with their spam site links included - I won't include them here, but have highlighted where they were in the comment in blue - to a RowThree post about a pair of disaster movies) is filled with enough wonderfully surreal catch phrases to keep me going for a year, I thought it might be fun to share. Feel free to re-share at will.

And maybe one day you too will memorialize how delighted you were when this first came unconfined...

Most people have seen Disney’s “The Little Mermaid” animated movie. But there are not too others which are absolutely magic – classics. Here they are:

1. My lid pick exchange for a mermaid film is “Smudge”. Not alone is it comic and the cabal wonderful, but there is quite a hint of breathtaking footage of Daryl Hannah mermaiding in the ocean. We can’t grow sufficiently of that! Preserve continue in haul that this is not a children’s movie. It was made in the ’80s, and in spite of the most quarter it is okay because the progeny to watch. But there is a little moment of nudity (when the mermaid is walking into New York discernible of teaserthe ocean with nothing but her great whisker to cover her) and there is some implication of what she and the Tom Hanks characteristic untypical are doing in the elevator, but nothing is shown. The flicks is wonderful, with a leading excuse and formidable mermaid footage and lots of laughs, as fount as a capacious romance.

2. My second top ideal is “The Arcane of Roan Inish”. This is a safe, tranquillize flicks the entire family can enjoy. It was made in Ireland, and as such is slower and quieter than most American movies. It is beside a lilliputian Irish lass who moves to busy with her grandparents. While there she unwittingly stumbles upon the obscurity circumambient the key the dearest adapted to to existent on, called “Roan Inish” (Island of the Seals). As she slowly solves the puzzle, she brings movie trailershealing and concordance without hope to the family. In this film the untrue myths non-spiritual luxuries is a selkie, not a mermaid. The selkie lives in the aspect of a seal. On advantage she climbs up on a poverty-stricken and removes her seal scrape, revealing a pleasing woman. So this film is a trifling tittle special, and you desire at no time look at a seal the despite the fact mo = ‘modus operandi’ again.

3. My third favorite mermaid movie is “Aquamarine.” This equal is geared to the teen crowd. It has nothing lascivious, so the whole parentage can take to it. It’s a delightfully another rendering of the classic Tiny Mermaid story, with a wonderful shock ending. The mermaid in this big is unusual, more like a regular teen girl. There are a sprinkling suitable shots of her in the water. The messages in this silent picture are elevated quality, such as loyalty, friendship, exclusive conviction, selflessness and courage. And it is also sheer funny.

4. Handful four of my top mermaid movies is an familiar black and drained deathless called “Mr. Peabody and the Mermaid.” You intent should prefer to a object to finding this silver screen to watch, but VHS versions are ready for mark-down on Amazon.com. All of the underwater footage was filmed in the venerable Weeki Wachee Springs in Weeki Wachee, Florida, no more than a year after this underwater theater opened. Made in 1948, this moving picture is nearly a married span charming a vacation in the trailersCaribbean. The humankind is almost 50 and is having a mid-life crisis. While on vacation he accidentally fishes up a live mermaid from the sea! Ann Blyth plays the entrancing mermaid and you transfer enjoyment this wonderful film. The no greater than objections a parent might include is the exercise of extramarital flirting, and some laughable scenes with a guy disquieting to give up smoking.

5. United that is a dab dissimilar, and which only recently came out, is a Japanese anime Miyazaki talking picture called “Ponyo on the Cliff alongside the Sea”, or sparely “Ponyo”. In this whole the fish-girl is depicted as a goldfish with a generous gall, which is rather strange. But in an singular contort, this five-year-old fish-girl has to engage the teeny five-year-old somebody little shaver to fondness her faithfully, or she will turn into sea sparkle and be no more. It is such a sweet interpretation, these inconsequential children knowledge to love and trust each other in such an undefiled way. It is a story of wonder and daring and should not be missed.

6. My pick for the duration of handful six is Disney’s “The Petite Mermaid”. It was the talking picture that got Disney backside into the in favour film business again in the 1980s. The music and white are a delight. I memorialize how delighted I was when it first came unconfined – it is a diverting mermaid movie, high jinks for the whole family.