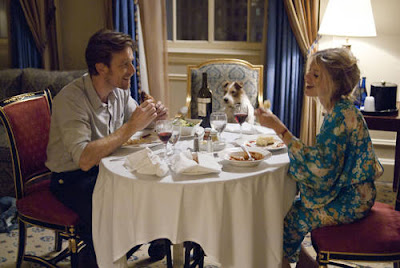 Good friend James McNally (and first blogger I actually met face to face) from Toronto Screen Shots had the idea last year to put together the CAST Awards - a list of the top rated films of the year from the Toronto Film blogging community. Though it's about as representative of the group as much as any other consolidation of opinion is, the list was still an interesting counter to the Toronto Film Critics Association and a great way to further bring the blogging crowd together. The small set of bloggers who used to meet at film festivals and occasionally go for a pint has grown leaps and bounds over the past few years and 2011 has seen a large array of new (and seriously fantastic) people join the group. James is a key reason why our monthly film blogger pub nights are large, raucous and more fun than a block full of aliens attacking.

This year, the set of voters for the Cinema Appreciation Society of Toronto (CAST) Awards increased to 40 (many more were asked, but only 40 submitted by the deadline). The results are listed below but are also found at James' site with loads more stats and links to many of the participants. In addition, this year we also did a full roundtable podcast about the results (a CASTcast if you will - hey blame James, it was his joke). The panel included myself, James, Kurt Halfyard (from Rowthree and Twitch), Joe Belanger (Black Sheep Reviews), Ryan McNeil (The Matinee and who graciously hosted the event for us) and the duo of Matt Brown and Matt Price from the Mamo podcast (who acted as moderators and organized the group). I did my best to keep up with what I think is a terribly interesting and astute set of folks and had a great time chatting, laughing and sharing a bottle of Port.


The full roundtable podcast can be found and listened to here or downloaded directly from here.


The top 25 from the final CAST ballots are as follows (hope you don't mind me stealing the table from your site James...): 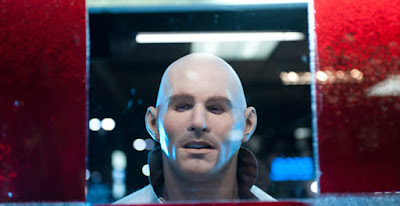 Thanks for the love, Bob! And yes, no problem copying the table. Coding HTML tables is TEDIOUS work!!

It's only because I know the love flows both ways James...B-)

Man, I almost choked when I looked at the code for that table - geez. Fortunately, I only wanted to change "white" to a light grey, so it was easy enough to do.

By the way, I don't think I thanked you appropriately enough for doing all the work on CAST. Maybe we should spread the load next year if at all possible (just from a tabulating perspective - you obviously still own CAST).

I still need to write my commentary on the yea-end list, if anyone cares. And most of it will be me making fun of Drive. I will keep trying to find ways.

Also, I have moral questions about Cafe de Flore but I really like its aesthetics and flow. It's a good list topper/top fiver.

Paolo, I'd love to hear about your moral questions in regards to Cafe De Flore. I've heard several people state that they "hated" the mystical elements, but (IMO) if you watch it carefully that "resolution" to the story can be better viewed as Carole's interpretation of her dreams and her way of dealing with the separation so that she can reach acceptance.