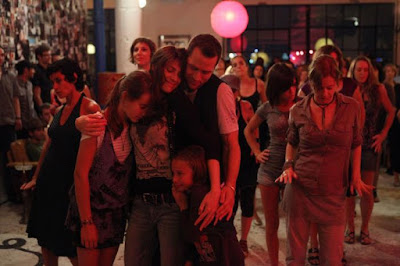 Although I still haven't seen some major players from the typical 2011 "Best Of" lists (A Separation, Carnage, The Descendants, Hugo, Martha Marcy May Marlene, Melancholia, Shame, The Skin I Live In, Take Shelter, Tinker Tailor Soldier Spy, We Need To Talk About Kevin - I hang my head in disgrace...), I still easily found 20 titles (well, actually 23 with a few cheats) to list as my favourites of the year. Since even the honourable mentions that didn't make the top echelons were all solid films that I enjoyed quite a bit, 2011 has had a fine share of quality films for my taste.

I'm often unsure as to whether I should include film festival screenings in my favourites list since they typically won't be available to wider audiences until the following year. Over half of my top 20 are from TIFF, Hot Docs or Toronto After Dark, but I can't help it that these were the films whose flickering on the screen meshed with my own frequency. 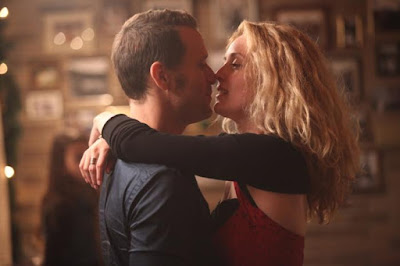 A technical and stylistic marvel from Jean-Marc Vallee that is also deeply touching, delicate in its character portraits and personally resonates for me clear off the scale. I won't see a better film next year. Full review. 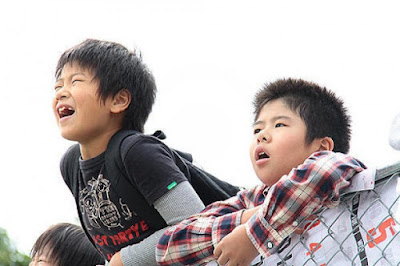 Several critics labelled this "Kore-eda Lite" and I think every single one of them is off their rocker. This is top notch Kore-eda - profoundly humanistic, gentle, charming and a delight from start to finish. Minor characters have complexities that allow them to linger on in your mind along with numerous bittersweet, life-affirming moments. Full review. 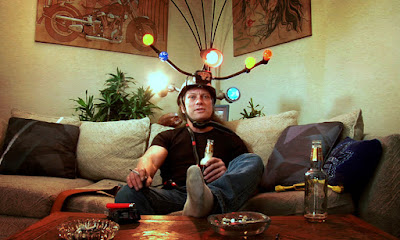 The best documentaries use their subject matter as a springboard to bring you closer to fascinating and interesting people. In Jay Cheel's case, he followed the attempt to launch a 20th anniversary special for an old cable TV show of pre-Jackass stunts, found the man behind Cap'n Video (Ralph Zavadil) and gave us this wonderful, detailed character-based story. Full review. 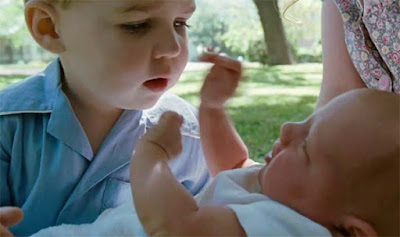 I wouldn't know where to begin to describe what I think Malick is trying to do here - I can only state what I get out of this gorgeous film. And that's the ability to not only be transported back to my childhood, but to reflect upon it and get lost in the wonder of those years. A very spiritual film (though not specifically religious). 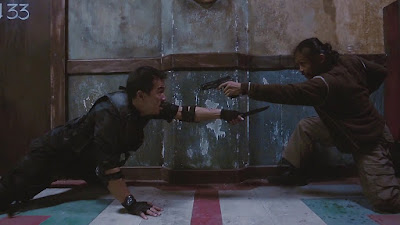 I can't wait for this to have a wider North American release then attend a screening to watch as everyone's jaw unhinges and crashes to the ground like one of the many losers of the hundreds of astonishing fights in the film. Then I'll know what I looked like the first time I saw it. Full review. 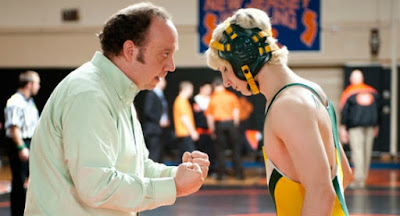 I know it probably shouldn't have a bearing on my enjoyment of the film, but I really liked the characters in Thomas McCarthy's latest film. It's not just that they feel like "real" people, but they are people I would want to meet and stay in touch with for the long haul. 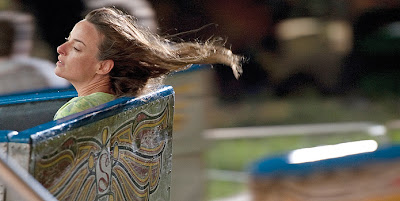 A quite remarkable first feature film from Quebec director Guy Edoin anchored by an incredibly tough performance (my favourite of the year) by Pascale Bussieres. 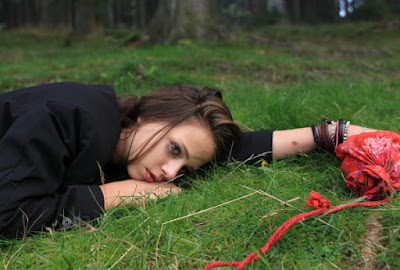 Last year I started my TIFF marathon with an existential Italian film called The Four Times (Le Quattro Volte). This year, I decided to kick things off with the 4 and a half hour, 3-part, 3 different director-led, German experiment Dreileben. I'm 2 for 2. 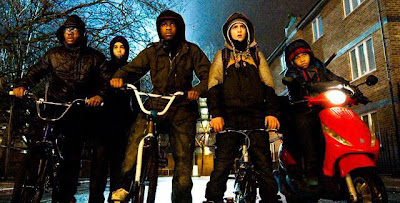 Working within the limitations of not only budget, but also the confines of a single apartment complex, Joe Cornish has put together an incredibly fun and surprising action film. The characters aren't overly likable, but they are consistent and you might actually achieve some semblance of an understanding of them by the end. 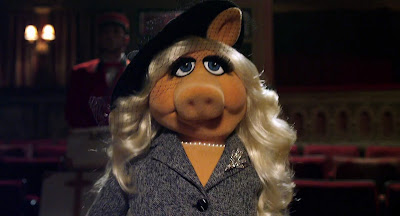 I'm in the Muppets-can-do-no-wrong camp on this one. Critical facilities be damned. Apart from the rap song by Chris Cooper, I smiled the entire length of this movie. 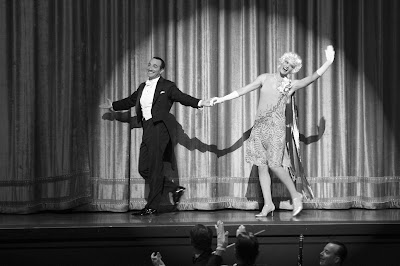 I'm perfectly happy if The Artist wins Best Picture at The Oscars - it's not my pick, but a film that has put so many people into such a good mood deserves the recognition. I look forward to re-experiencing that. 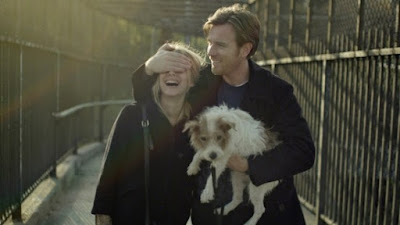 Built around the filmmaker's own personal story, Beginners managed to tell a pretty universal story of making the most of the life you have. Even if you can't relate directly to the specific lives of these characters, you should be able to appreciate the character arcs and how the story is told with humour, warmth and style. 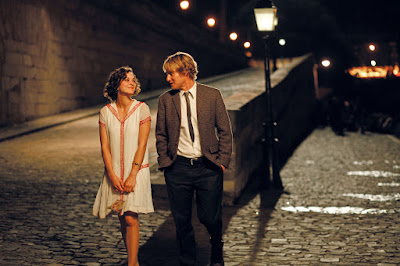 Yes, I wish Woody had spent more time on development of the present time characters (Rachel McAdams "Inez" is so awful that you almost hate Owen Wilson's "Gil" for even talking to her), but as soon as they transport back to the past the film becomes completely charming without wallowing in nostalgia for even a second. 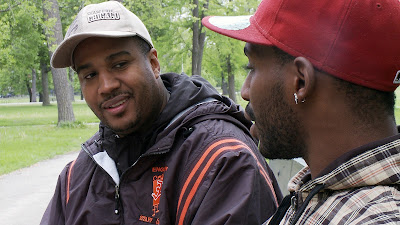 Why does the Academy not like Steve James? He seems like a pleasant sort, cares about people and makes astonishingly great documentaries (count this right up there with both Hoop Dreams and Stevie) that provide windows on larger social issues. 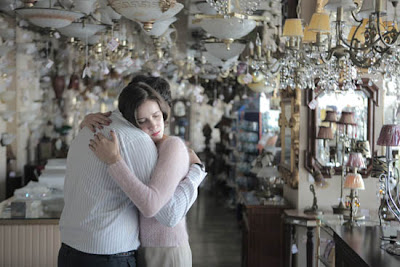 Though Giorgos Lanthimos' films border on quirky-weird for the sake of being quirky-weird, it would be a mistake to not look past that to the central themes and well-constructed stories. I enjoyed Dogtooth, but ALPS was a step up for me as it examines how each of us risk getting lost in the different roles we act out for others. 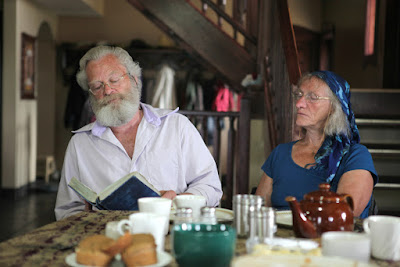 Or are the best documentaries the ones that make you reconsider a point of view? These two Canadian docs didn't force their opinions down your throat - they just effectively placed information in front of you and made it very difficult to dismiss. The Guantanamo Trap full review. Wiebo's War full review. 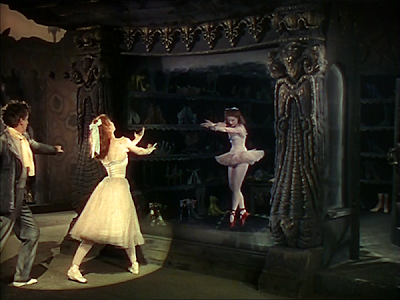 15 hours just wasn't enough. I wanted more of Mark Cousins providing his unique personal perspective on the history of film and even more new entries to my "must watch" list (along with the hundreds I already got from this film).

A kid's adventure tale told with energy, excitement and humour and which doesn't overly pander to either the kids or the adults. I could do without the lens flares, but I was supremely entertained and so was my 11 year-old. 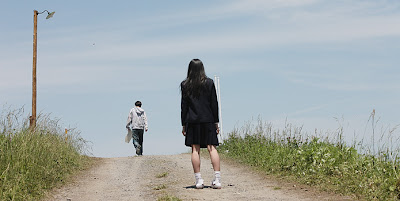 I think I've become a Sion Sono fanboy. I totally understand many of the negative comments towards the film and how its incredibly high volume pitch and intensity wore people down, but I'm still fascinated by Sono's approach to filmmaking and here he conveys an emotional plea to his fellow countrymen after the devastating year they went through.

Three fantastic "horror" films from this year's Toronto After Dark festival - each approaching the genre in a different manner. Midnight Son (Full review) gave a real-world scenario for a vampire, The Innkeepers brought character-based humour and a smart script to an old-fashioned ghost story and Father's Day (Full review) was essentially the perfect grindhouse exploitation movie. Don't ever tell me there isn't variety within the genre.

As unique a top 20 as I have seen this year. Nice to see titles in there that others missed, ignored or didn't know existed.

Nice to see we have a few films that overlap. I love the strong Canadian representation on your list this year. I quite enjoyed Wiebo’s War as well.

I was not as high on Tree of Life as others. I liked it overall but did not love it as I had major issues with parts of it. However, I am intrigued to see if it gets better upon repeat viewing.

Really looking forward to seeing Café de Flore and The Raid in 2012! I am hoping the Story of Film hits Netlflix at some point. Just could not do the 15 hours during TIFF…though I liked that the festival offered it for free.

There are a lot on your list that I need to catch up with (e.g. The Muppets, I Wish, Win Win, ALP, Dreileben, Wetlands, The Interrupters). So I will have my work cut out for me this year. :)

Also, what has happened to Koreeda? Since his breakthrough film "After Life", he's been marginalized where his films barely get a release?

Thanks Matt! Just checked your list and it's pretty spiffy as well - "Poetry" is pretty damn fantastic and I think even better than "Secret Sunshine" which seemed to get more critical raves. And I was very happy to see "La Quattro Volte" in there too (I saw it in 2010 and loved it). I absolutely have to catch up with "A Separation", "Mysteries of Lisbon" and "Nostalgia For The Light".

Courtney, yeah "Wiebo's War" seemed to get a bit of recognition, but I guess doesn't quite grab enough people's attention to want to run out and see it - I wish they would though. "Tree Of Life" is just too gorgeous to ignore and simply puts me back to certain moments - kind of like when you sniff a certain smell...

I'll be at Cafe De Flore this Friday at Lightbox and will definitely hit The Raid again when it comes out. Story Of Film was slated for April DVD release I think, but I haven't anything recently.

Joseph, I hope you get a chance to see Cafe De Flore - I don't want to oversell it, but it really is quite remarkable. As for Kore-eda, I can only assume his films get stamped with "art house" and get the smallest of releases. At least "Nobody Knows" and "Still Walking" got decent DVD releases. I wish "Air Doll" would get a good R1 release (I suppose I should just track down a region 3 copy). And I still haven't seen "Hana" or "Distance". I can only hope "I Wish" will appeal to a broader audience (or that some distributor thinks that it will because of the kids).