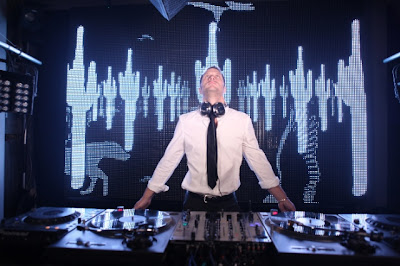 I was somewhat shaken walking out of Jean-Marc Vallee’s latest film and needed to actually catch my breath off to the side of the cell-phone checking hordes. It was partially due to several very personal reactions to a few moments and characters, but mostly because the film was absolutely magnificent in just about every respect. I’ve found my “I can’t imagine seeing a better film this year” film.

Vallee’s Young Victoria didn’t exactly win any converts in major production house circles, but anyone who saw C.R.A.Z.Y. has probably already given him a lifetime pass. As great as that film was (and if you haven’t seen it, please track it down via any legal means possible), Cafe de Flore has just surpassed any reasonable expectation of what this filmmaker could do. Possibly even all the unreasonable expectations too. It shows a command of thematic content across multiple stories, an innate feeling of putting music to images and an almost perfect sense of flow. He knows when to ask his actors to be subtle, to bring forward some emotion and when to go BIG. He knows when to keep a scene going, when to stay with a take and when to cut across stories and time periods. That’s what I’m left with as I consider my reaction to the film – everything seemed dead on perfect.

Which might seem a bit funny to say when you hear the synopsis of the plot: High flying DJ with a great life bemoans leaving his beautiful wife for an even more beautiful woman while a mother struggles to take care of her Down’s Syndrome child in a parallel story from 40 years before. For awhile it seems like the only two things that connect the stories is a song by the name of Cafe de Flore – the 1960′s version is an uptempo lounge jazz number, while the present day one is pure dance club (make what you want of the fact that it is also the name of the coffee shop in Paris where Godard and other Paris intellectuals hung out). The song, though terribly catchy, isn’t necessarily notable, but it’s what it signifies to both the DJ (Antoine) and the young Down’s Syndrome boy that matters. For each, it’s a source of happiness and restores their life force. For Antoine, it reminds him specifically of the moment when he met his second soul mate and the silly song has now become a central part of his life. Music itself is his wellspring and perhaps that’s one of the reasons why I responded to the film so strongly. For anyone who lives with music day to day and finds an infinite source of pleasure and inspiration in it, Cafe de Flore will strike a chord. Antoine talks about it at a certain point in the movie – how he feels that music has brought so much happiness to his life and how he can tell when strangers look at him that he has this joy. It resonates. The scores of album covers from flashbacks to the early 80s (Joy Division, Patti Smith, Neil Young, Peter Gabriel, etc.) should keep music fans happy too.

Though it’s easy not to feel overly sympathetic to Antoine as he complains to his psychiatrist, he is honestly concerned that he may have screwed up his family’s life – his ex-wife is on her way to a nervous breakdown and his older daughter is purposely trying to annoy him at every opportunity. He begins to wonder about his choices. Can you really find two “soul mates” during your life? Can new love spring up while you are already in love? What about those that are left in the wake? How do they handle letting go and what happens if they don’t? The mother and son story adds another layer to these questions as the young boy meets another Down’s Syndrome girl at school and they immediately become completely attached to each other (the scene of their initial meeting is one of the sweetest moments on film this year). His mother has been so close to him for so long that she doesn’t quite know how to handle this competition for her affections and so the parallels of the stories begin to make sense. The film absolutely takes off for the stratosphere around this time as Vallee starts to crosscut between the different stories with an almost wild abandon at times. One of the movie’s best sequences uses a Sigur Ros song and even plays up the obviousness of choosing it (his kids and his first wife make fun of him for over-playing the song). In a montage of scenes that pushes the themes of the film forward and creates further tension, Vallee creates a breathless sprint that washes over the viewer. It doesn’t matter if you don’t pick up every detail – the feelings and intent come across easily as the story lines hurtle towards a head-on meeting and the emotional attachments to these flawed but interesting people grow and help bring about a lovely resolution. Even if it doesn’t immediately shake you, it’s the kind of art that lingers with you for days. Likely even longer.
Posted by Bob Turnbull at 22:43