Scribblings Of A Random Nature #21 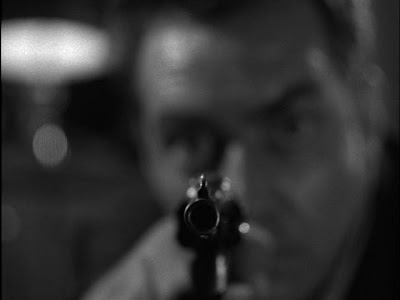 Scarface (1983 - Brian De Palma) - I discussed this on my friend Mad Hatter's blog a few months ago, but felt I could drop some of the salient points into one of these posts (yes, I'm defaulting to a bit of cut and paste reuse of my previous words - tough luck). My preconception going into the film was that everything would be big, shouted, ridiculous and amped up without any restraint. That's mostly accurate as there is indeed plenty of yelling and over the top characters (e.g. Robert Loggia as the crime boss), but De Palma contains them early on. The pace of the film and the broadness of the characterizations seems to match the pace at which Tony's cocaine habit increases. Due to this, it came as a bit of a surprise to me that I was having a lot of fun with it. At almost 3 hours in length, I expected a bloated, overwrought and goofy affair - exactly what I got, but De Palma manages to just keep everything moving forward constantly (without too many unnecessary camera flourishes) and a heightened level of tension. It's not perfect, of course, since there isn't much to the characters and everything is on the surface. My biggest disappointment is likely the fact that the most interesting character, Michelle Pfeiffer's Elvira, simply wasn't used very much and becomes almost completely superfluous once she and Tony get together. Granted, that kind of makes sense given Tony's lust for power (so once he wins her, he cares less), but I wanted more interaction between them. The club scenes - oh my, those club scenes - were incredibly cheesy and chock full of 80s synth music that was bad even during the 80s as well as "dancing" and clothing that defy any logic whatsoever. I read somewhere recently - apologies for forgetting who said this - that it's been said De Palma is a terrible director of extras. The club scenes bear this out...The original 1932 film was violent - apparently taking about a year to get approved and released - but obviously pales in comparison on that front to what followed 50 years later. Still, De Palma doesn't overdo it (except maybe for the chainsaw) until the very end when he opens the floodgates. Howard Hawks preferred lots of shadows in his earlier version to avoid showing gore, but it was still effective and certainly got across the carnage left in the wake of the Capone clan. De Palma keeps many of the basic plot elements - certainly more than I expected - but changes many around due to the modern setting. Even though I shouldn't be comparing the films, overall I still prefer the original - but I'm pretty glad I finally caught up with this. 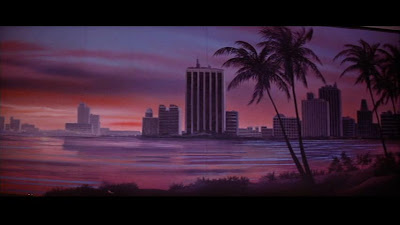 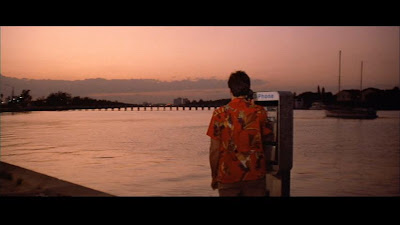 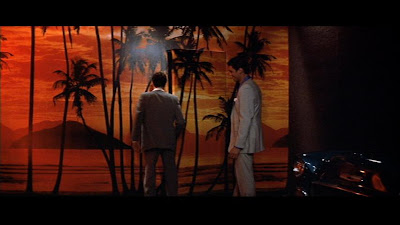 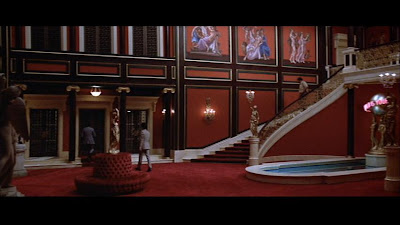 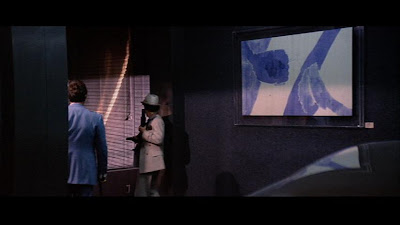 A Woman A Gun And A Noodle Shop (2009 - Zhang Yimou) - Speaking of films that probably shouldn't be compared, Yimou's reframing of the Coen Brothers "Blood Simple" in a 19th century Chinese context seemed like either a brilliant stroke of creativity or a ridiculously bad choice. It took me awhile to get around to seeing the film (even though Yimou is one of my favorite filmmakers) because I was very much assuming the latter. Word was that it contained far too much slapstick comedy and lost the plot. Though some of the comedy is broad and the story certainly gets tweaked, it surprised me by being quite entertaining and always managed to keep the sense that twists and turns could pop up at anytime. What didn't surprise me was the fact that it was also gorgeous. A tad over-processed in post perhaps, but there's a wonderful consistency to those outdoor shots with their deep colours that greatly appeals to me. 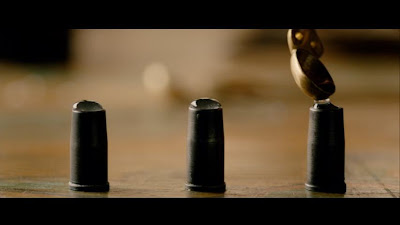 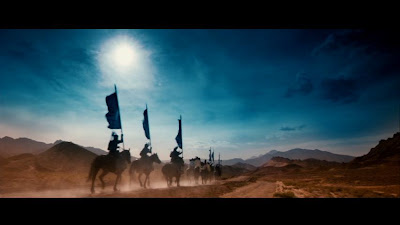 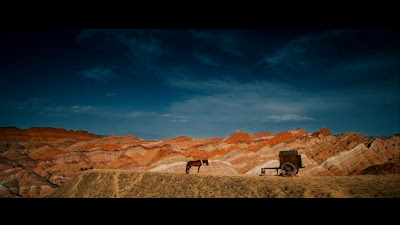 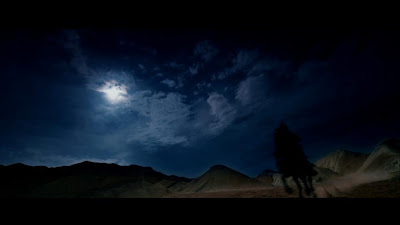 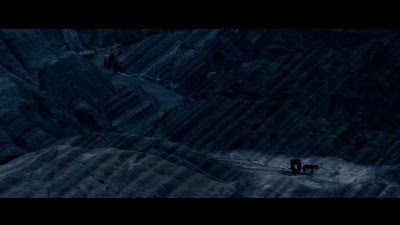 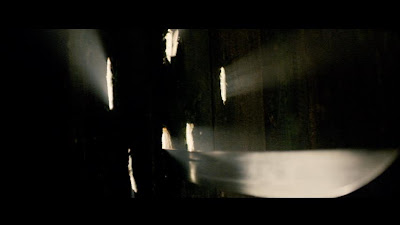 Hang 'Em High (1968 - Ted Post) - As I've worked my way through Clint Eastwood's Westerns (both those he directed and those he starred in), I'd always considered this one to likely be lesser fare. Not sure why, but I was dead wrong. After being mistaken for a cattle rustler, Eastwood's rancher is hanged and left for dead by a gang of vigilantes. He's saved at the last minute and resumes his former career as a lawman to hunt down each of the men who lynched him and bring them to justice. The love story was somewhat of an afterthought and slows things a bit, but overall this was a fantastic tale, which was smartly directed (some nice angles and framing without overdoing it), moved along briskly and simply ended up being one of my favourites of the genre. 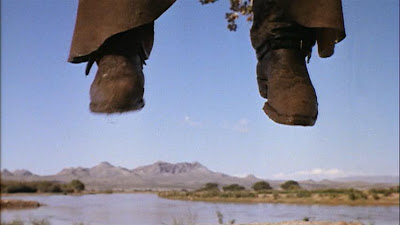 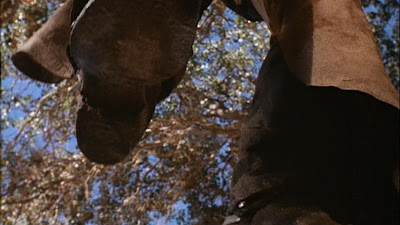 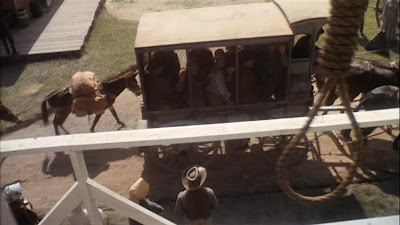 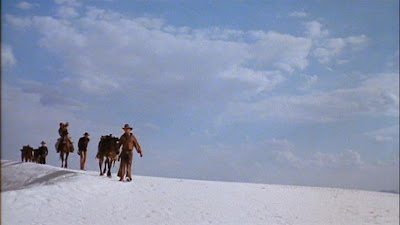 His Kind Of Woman (1951 - John Farrow) - Liberal doses of Robert Mitchum help to make the first 90 minutes a cracker jack noir entry complete with a solid mystery, a femme that could indeed be fatale, wonderful cinematography and great lines of dialogue like "You know, you could be a handy thing to have around the house if a man went broke". And you also get a wild-eyed Raymond Burr. The plot is the sort that you immediately decide to avoid turning a critical eye towards because everything else is hitting on all cylinders - why spoil the fun by nitpicking? But the last 30 minutes or so becomes an odd adventure story with some broad comic relief and a goofy turn by Vincent Price as a self-centered actor who suddenly sees a chance to seize a real life hero role. It's an odd choice for the film and though it doesn't ruin the movie, it manages to take the tension out of the equation - at least until the final showdown which brings things back to where they should have been all along. 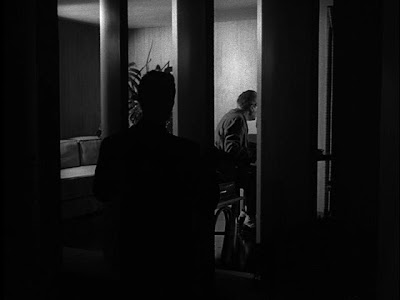 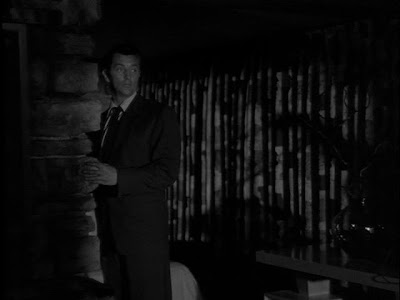 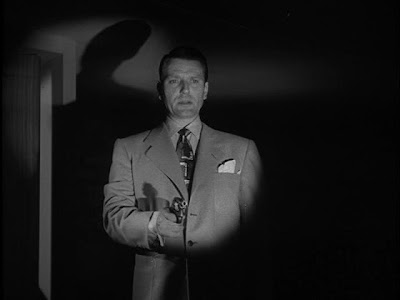 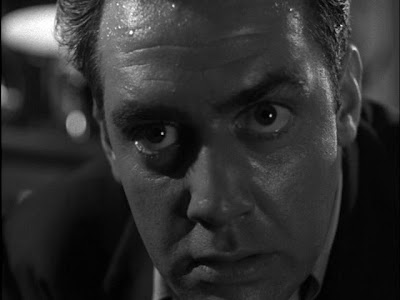 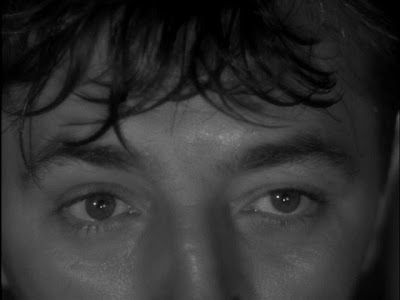