Though I plan to post several more reviews from the 29 screenings I saw during TIFF this year, I wanted to capture a few stray thoughts and best/worst moments. Let the barrage begin:


Favourite Film - As I may have mentioned in my review, I really fell hard for Jean-Marc Vallee's "Cafe de Flore". I'll go see this again the second it hits any theatre - I doubt it'll get a theatrical run in Toronto, but hopefully a rep cinema will grab it or it finds a home at the TIFF Lightbox. At least one hopes that it'll make the yearly Lightbox screenings of its Top 10 Canadian films in January. Can I wait that long though?

Least Favourite Film - Though apples may not fall far from their trees, occasionally they will roll down the hill and into the marshy ick. It's not that Mathieu Demy's (the offspring of Jacques Demy and Agnes Varda) film "Americano" is terrible, it's just that it goes an awfully long way to say not much of anything.

Best Performance - Pascale Bussieres as the mother on the bankrupt Eastern Townships farm in Guy Edoin's remarkable first feature "Wetlands". Not only did she bare her soul on screen, she bared her arms as she reached in and pulled a live calf out of a cow. When was the last time you saw Helen Mirren do that, eh? 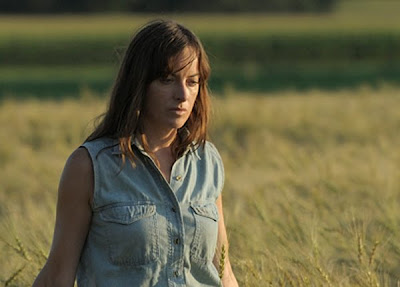 Sexiest Performance - Evelyne Brochu's role as Rose - the second and current soul mate to Antoine in "Cafe de Flore". Yes, I was smitten. 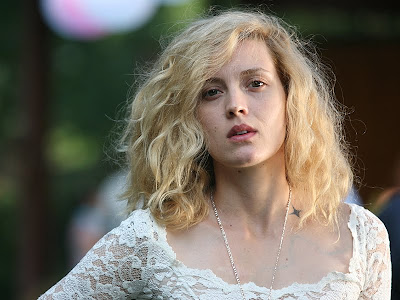 Top Country - Canada baby! Or more specifically, Quebec. Not only was my favourite "Cafe de Flore" from La Belle Province, but so was "Wetlands" (in my top 5) as well as the excellent "Monsieur Lazhar" by Philippe Falardeau (which won the Best Canadian film of the festival). I didn't get a chance to see any of the English language Canadian selections, but word is that the list was one of the strongest in recent memory. Looking forward to eventually catching up with Ingrid Veninger's "I Am A Good Person, I Am A Bad Person".

Kickass Performance - Leaving out Iko Uwais from "The Raid" for the moment (dude is flat out awesome), I'll give it to Sharni Vinson who single handedly takes on a group of masked home invaders in "You're Next". If the film wasn't perfect, it still played with enough conventions to make it interesting as well as allowing for her to beat the bejeezus out of a bunch of people. 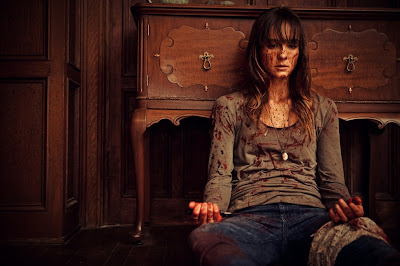 Best use of 3-D - Actually, this should be titled "Best controlled use of 3-D". Wim Wenders uses three dimensions to film a loving tribute to Pina Bausch - a German dancer and choreographer who passed away at the initial planning stages of the film. With the help of her entire dance troupe, the film runs through some of her routines while following the dancers on stages, on sets and outdoors all the while using 3-D to give a sense of space to the routines without pulling your attention away from them.

Best use of the first 4.5 hours of my festival - Seeing all 3 films that comprised "Dreileben" back-to-back-to-back (each roughly 90 minutes in length and covering different characters involved in some way with the aftermath of a crime) really worked to my advantage - not only was each populated by interesting characters and mysteries, but the entirety of the three was a fantastic look at how repeated imagery and doubling can be very effective tools in film. I was actually quite energized coming out of this screening and it primed me for the rest of the fest. 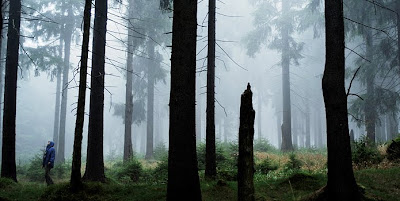 Most frustrating moment - During the wonderful "I Wish", the young, ahem, gentleman, next to me - presumably in order to keep him awake since he had been dozing - began to check his email on his phone. I calmly (though it wasn't easy) asked him to turn off his phone. He answered thusly: "Oh, I wasn't going to call anyone...". I admit that I was somewhat flustered by this response...I believe I told him that the screen was very bright and he did immediately turn it off, but I was left dumbfounded that I had to explain that.

Biggest smile-inducing scenes - The end of "The Artist", the farewell to the old couple that puts up the kids for a night in "I Wish" and the first meeting between the young Down's Syndrome kids in "Cafe de Flore" are all moments that I truly hope more people get to experience...

Best dance scenes - Though "Pina" provided some incredibly creative choreography, my favourite dance scenes of the festival were scattered over narative films. From the joyful ("The Artist") to the incredibly uncomfortable (the drunken fair dance in "Wetlands") to the surreal (the stewardess dance in "Cafe de Flore") to the funny ("A Funny Man") to the bizarre ("ALPS"), each one added so much to the characters and story on screen.

Best sight gag - "A Funny Man" should probably be excluded from the running since it is about a comedic duo, but the off stage sight of the two of them sitting on a sideways tipped couch had me giggling far into the rest of the film. 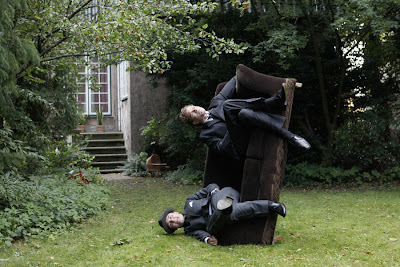 The "Where Have I Seen That Before" award - It's hard to criticize the glorious "Samsara" (a follow-up of sorts by Ron Fricke to his equally visually gorgeous "Baraka") and I won't really try to, but as beautiful as each shot in the film was (taking us through temples and rock arches and masses of humanity) there was a very strong sense of familiarity to it all. Partially due to the music which, though it worked with the images, felt like more of the same "let's use some vaguely Eastern mystical sounding drones with wordless vocals" music that has been used extensively when anything grand and majestic gets paired with music. However, it was mostly due to the selection of some of the images being overly familiar - the yellow factories in China (as seen in "Manufactured Landscapes"), the Japanese androids (as seen in "Mechanical Love"), the beautiful sand art of Tibetan monks (as seen in Herzog's "Wheel Of Time"), the human scavengers in a massive dump (as seen in "Wasteland") and even the orange jump suit prisoners dancing outside (as seen on YouTube). Having said all that, if the film doesn't leave you slack jawed at times, you have no passion left in your life... 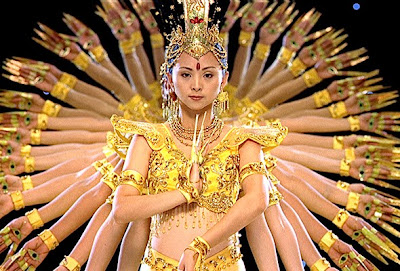 The "Going Beyond The Call Of Duty" Award - Bobcat Goldthwait was at this year's festival as director of "God Bless America" (a film I did not see, but of which I heard a great deal of good) which screened very early in the week during Midnight Madness. At one of the last Midnight Madness screenings (for "Smuggler"), Bobcat was asked up on stage to fill time as technical issues delayed the start of the film by an hour (ie. 1 AM). To his credit, he didn't hesitate to do about 25 minutes of stand-up and Q&A (the former was likely pulled from his stage act of years ago, but he obviously had not been expecting to do any of it that night). It wasn't all gold, but he kept just about the entire audience entertained and in their seats until the film actually started (he couldn't do much about the rather large walkouts that followed though - including me at 1:45 AM). A second award goes to Mark Cousins, the director of the 15-hour documentary "The Story Of Film" for attending each of the five 3-hour sessions of his film during the week (and doing Q&As at each of them while being both passionate and friendly) and then also showing up to do the same at the two weekend screenings - which I attended - that were broken into one 8-hour session and then a 7-hour one.

Actually we will be getting Cafe De Flore at some point...

I heard good things about Starbuck from Quebec as well, any insight into that one? I also find the term restrained being applied to Wim Wenders to be an interesting. 2 of the only times he's been restrained has resutled in his 2 best films.

Sorry Mike, I didn't catch "Starbuck", but I did hear pretty much the same as you. It finished as a runner-up in the People's Choice Award, so it obviously gained some traction with the audience.

Hard to say what you'll make of "Pina". His restraint here is really in the usage of 3D and how he covers the actual dance routines (inventive at some points, but never at the expense of the dance). However, he does allow the troupe to talk a bit too much about Bausch herself - what this leads to is far too many examples of how she "coached" them individually (with such cliche phrases as "scare me" and "what are you longing for?") and breathless descriptions such as "You always felt more than just a human...you were angels working with Pina". I don't deny the troupe's feelings towards her or that her coaching helped them, but it gets a bit tiring after awhile. The visuals are glorious, there's some great dancing, but it left me wanting a bit more about Bausch herself and her process.