"A Most Violent Year" 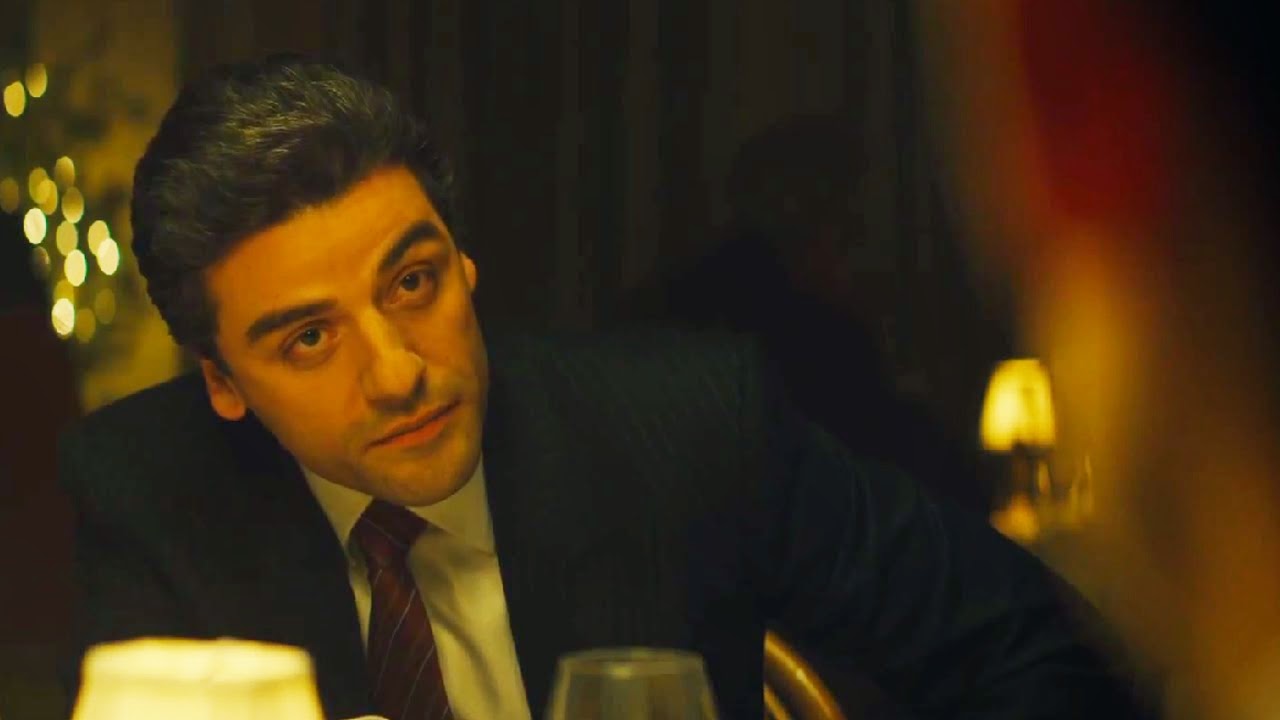 Listen to The Matineecast where I discuss "A Most Violent Year" with host Ryan McNeil.


There's really not a great deal of violence in A Most Violent Year. Though set in 1981 New York City (a low period for the city marked by high crime rates), there are few visceral moments of bloodshed and brutality. What does exist is an almost constant threat of violence - around every corner and edit in the film, it feels as if some form of foul play sits in wait. The landscape of this version of New York City is bleak, crumbling and empty. The barren streets and rundown manufacturing plants aren't exactly conducive to strolling about, but the lack of people in the background of the film gives you the feeling that they too are worried about those threats lurking in the shadows.

The real violence of the film, however, refers to the damage done to its main character's (Abel Morales played exceedingly well by Oscar Isaac) view of the American capitalist framework and his moral approach to honest work resolving in honest returns. Morales wants to behave ethically - though he'll take every advantage in marketing ploys, he doesn't want to game the system or cheat his competitors. He feels he should reward those who succeed in his business (an oil company for home heating) and coach those who don't in order to give them an opportunity to grow. Morales is a sharply dressed man with focus and drive that leads you to believe he WILL get what he wants. When he stares at you, you listen. He's at a turning point in his business as he puts a huge down payment on a new parcel of land for expansion, but needs to come up with the rest of the capital to close the deal. He is warned up front by the old owners that they are happy to do business with him, but on their terms for their benefit. As Morales tackles problems of his trucks getting hijacked and being investigated for possible shady financial reporting, he struggles to gather up the remaining money needed to close the deal.

There's room for a great deal of tension in a plotline of this nature, but director J.C. Chandor is going for something different. Though that feeling of violence being in the air is always present, the tension is muted. Perhaps it's the murky greens, yellows and browns of the cinematography and surroundings, but there's an odd lack of immediate anxiety - in particular during the first half or so of the film. It's oddly devoid of rhythm with a slow pace and very low key soundtrack. As the film moves forward and Morales begins to get more and more constricted in the possible options at his disposal, the editing and music begin to add further dynamics to the film. Though it is somewhat effective in bringing forth the feeling of Morales becoming cornered and forcing his hand to play in the new capitalism space (stretching beyond the limits of the law, resorting to intimidation tactics, etc.), the style of the film somewhat diminishes the impact. He is obviously of recent immigrant status and with strong feelings about the proper way to conduct oneself, but even though he resists, he begins to see that the new American dream is that of preserving and increasing your status in life with little regard for those beneath.

If that sounds like a dig at the current view of the wealthy 1%, that's certainly an element of this deeply cynical story. Morales' wife Anna (Jessica Chastain in a role that doesn't have nearly the range or scope it should have had) claims that he needs to be more protective of his family when threats begin to come closer to their new mansion, but what she is really saying is that he needs to ensure they retain their newly achieved higher station in life. Her attitude, practiced manner in condescending to the police and slightly trashy (complete with bright red lipstick) way of dressing, suggests possible family ties or experience with the criminal element. His lawyer (another winning and entertaining performance by Albert Brooks) has obviously dabbled with a variety of clients and his colleagues/competitors in the industry are all figuring out the new system around them as well. The main question posed by the film is whether Morales can retain his morality along with his old view of the promise of the United States and yet still prosper. Or does success in this new version of America truly mean the need to prevent others from also achieving it. There's only so much room near the top and you don't want to be caught in the collapsing, decaying section of society. Much of the film is shot very dark and dim lighting sometimes casts the characters as silhouettes of themselves to indicate that they may have already succumbed to the "easy" path. Others, who don't have the ability to fully commit to this new way of life, fall by the wayside.

There are several "surprise" moments in the movie (revelations, actions, etc.), but few are truly surprising. Apart from an excellent car chase sequence through a train tunnel that is truly exciting and raises you from your seat somewhat, the rest of the film is a set of straight line developments that you can mostly see coming from a distance. That's not necessarily a criticism as perhaps that is part of the film's intent - a warning of sorts that we can already see the disintegrating situation around us and that we shouldn't be shocked when it finally does crumble. However, that message doesn't necessarily make for a satisfying film since the path it takes isn't always compelling. The end doesn't always justify the means. 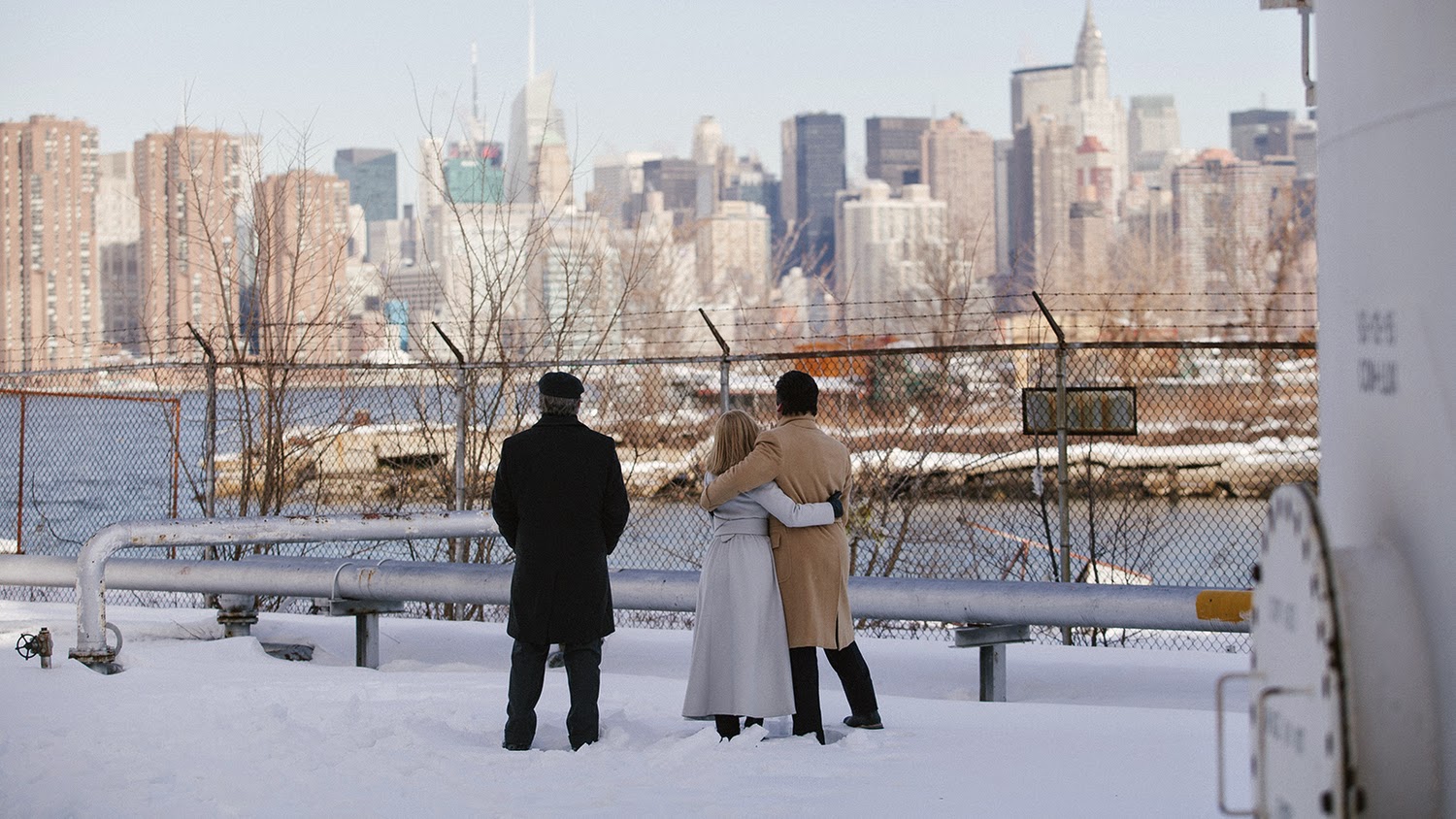