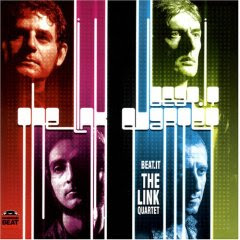 
There's that Hammond B-3 again...The tastiest sound in music is at the centre of some really snappy, fun tunes by this foursome. The sound is firmly a 60s lounge feel, but not of the laid back variety - kind of like a spy movie soundtrack with lots of chases. The rhythm section doesn't jump out, but stays firmly in control of the groundwork with the organ taking really the bulk of the melody. You just know this would be a fun sweaty live show. Here's their MySpace page that contains songs and even a video.


Say what you will about Michael Jackson, but at the very least he knew where to steal some good ideas...An old video of his called "Smooth Criminal" had a bunch of gangster types with tilting hats and slick dance moves. Spiffy choreography for sure, but inspired directly by the closing dance routine of this mostly terrific musical with Fred Astaire and Cyd Charisse. There are some slow sections, but an early rousing rendition of "That's Entertainment" and the final section where the "whole gang puts on a show" is just crammed full of colour, music and just brillant dancing. If Fred Astaire's entry into the bar in the that final Mystery Girl Hunt number doesn't put a big fat smile on your face, hopefully this beautiful sequence will: 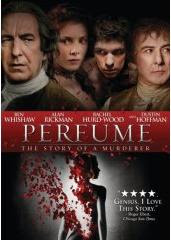 
After a somewhat slow yet still compelling opening hour, the final half of Tom Tykwer's latest film kept me riveted. That opening portion is relevant to show how the main character's extraordinary sense of smell develops into a dark and overwhelming urge to catch and preserve beauty in a bottle. Though I felt Dustin Hoffman's role was the weak spot of the film, it really doesn't detract. The buildup over that last hour or so is quite remarkable as we move closer to his ultimate goal. 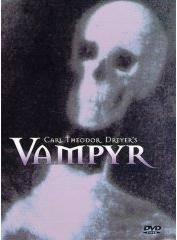 
This took me completely by surprise...I thought I was going to see a marginally decent vampire story that was critically well thought of because of it's place in history. Well, see what happens when you assume? This was terrifically spooky and conveyed so much with so little dialog. I wish more films made today had the atmosphere that Dreyer created here. Great technique, lighting and beautiful visuals mark this story of a wandering man who stops by a castle and begins to see very odd occurrences. Some of the effects here are extremely well done, in particular the use of shadows. 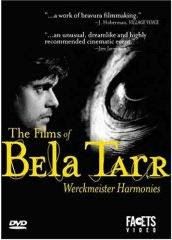 
This film by Bela Tarr (the first I've seen by him) is a remarkable work of art. In the 140 minute run time of the film there are less than 40 different camera shots. That's an average of about 3 and a half minutes per shot (with some running over 10 minutes). This technique truly pulls you into that world and gets you attuned to the rhythms. If someone needs to walk down the street to the town square, well, you walk down the street with them to the town square...Meanwhile the beautiful use of black and white film combined with some of the loveliest musical scoring I've ever heard (the music kicks in with about 5 minutes left on the clip below) make this a film to contemplate - you begin to see parallels between the opening scene of men imitating the spinning celestial bodies of our solar system and the ideas regarding musical harmony proposed by Andreas Werckmeister (which is railed against by one of the characters). The town is slowly moving towards chaos after the appearance of a travelling circus and the climatic rampage through a local clinic (all done in a single take) is an amazing sequence. I haven't figured out the whale yet, but give me time...