James over at Toronto Screen Shots (when are we going for beers James?) has a great post about the Oscar campaign being run by the Canadian National Film Board (NFB) for its short film "Madame Tutli-Putli". If enough people go to the site and unlock a frame of the film, the NFB will begin streaming the entire thing on February 22nd. You can already see part of the film due to the number of frames unlocked so far. 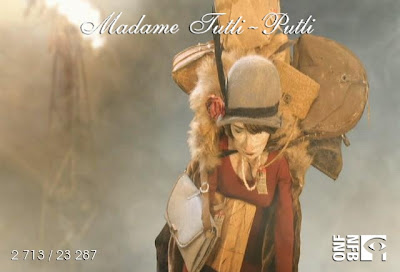 I haven't seen any of the other animated short films up for the Oscar (though I've heard "I Met The Walrus" is also terrific), but if this picks up the statue on the 24th, it would be my favourite win of the night.
Posted by Bob Turnbull at 09:16

Can't wait to see this one. Ordered the DVD, so now it's only a matter of time.

Still heading over to this site though, I want to be part of this unlocking process.

In case you haven't found it yet, the entire film is now streaming at the CBC site. Shame it didn't win the Oscar...