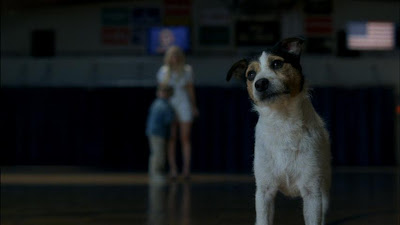 A couple of Hollywood remakes of foreign horror movies to start...Why do I torture myself?

Quarantine (2008 - John Erick Dowdle) - A big disappointment. Not necessarily because I was looking forward to it, but I had heard that it stuck pretty close to [rec] (the original Spanish movie) which I had enjoyed immensely. The hope was that if they couldn't (sorry, I mean wouldn't) bring the original to a wide theatrical release, at least they might get something almost as good. The remake does indeed follow the ideas and storyline pretty tight while we follow a female entertainment reporter and her cameraman joining a duo of firefighters on their overnight shift. They get called to an apartment building where an elderly lady has gone berserk and has begun attacking people. While there, they all get sealed into the building to keep this newly discovered infection from spreading and then very very bad things start to happen. Here's a few things that, for me, made this new version inferior to its predecessor:


I don't know, maybe if I had seen it with an audience my reaction would be different - that's how I saw [rec] and it played like gangbusters. 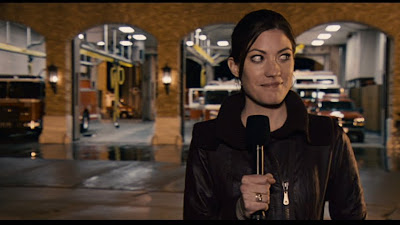 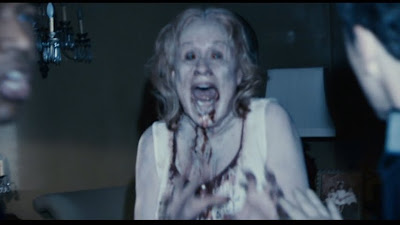 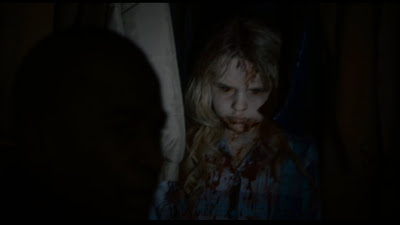 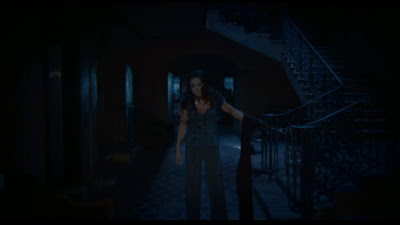 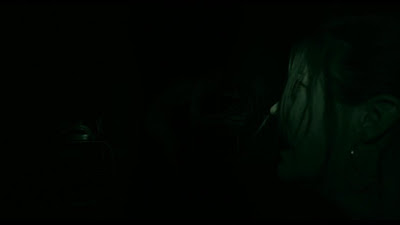 Shutter (2008 - Masayuki Ochiai) - Don't hold this against the original Thai film, OK? The 2004 movie had jump scares in it like most other modern horror films, but it prepped them with a foundation of creepiness and subtle effects as it slowly revealed the ghostly presences that begin to appear in a photographer's work. In the 2008 version, every time there was the possibility of a moment of subtlety (and there were actually a few moments), the film just grabbed it by the neck and throttled it until it went whimpering back into a corner. A typical scenario went like this: First, add some scary noises...Then make them louder. Then bring in the ominous music and make it louder and then speedupthepace, shortenthetimebetweenshots, movethecamerafaster, TURNUPTHEVOLUME, ZOOM IN, HAVESOMEONESCREAM! AAAAAHHHHHHH!!!!

Director Ochiai's Infection was actually a pretty decent horror flick from 2004 (using colour in interesting ways). 4 years later, with a bigger budget and a few semi-Hollywood names (the extraordinarily bland couple Joshua Jackson and Rachel Taylor), he was able to deliver something far far less. 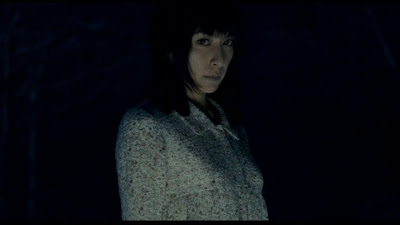 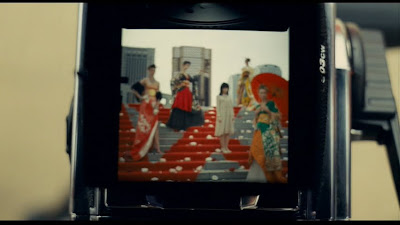 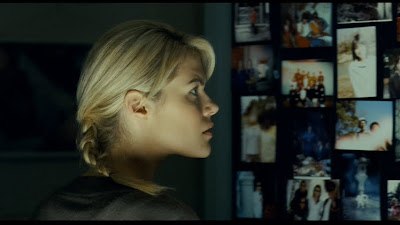 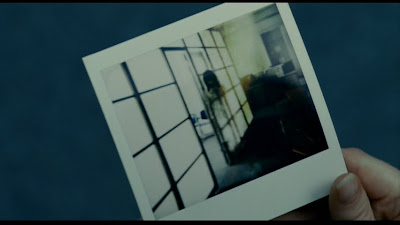 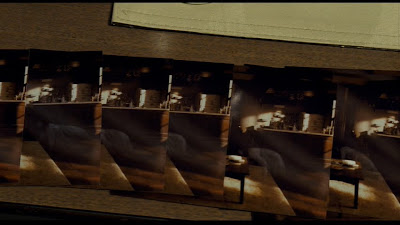 Devils Of Darkness (1965 - Lance Comfort) - Maybe it was because I had just come off those two less than stellar remakes, but this mid-60s Hammer-lite story about vampires in a small village felt like a breath of fresh air. Oh sure, it's a bit silly and sometimes doesn't make a whole whack of sense, but there's a great feeling of fun to it (especially the hipster party scene) and a couple of pretty solid moments. The atmosphere of the tale is mostly brought out via the set design and lighting, since the story is somewhat jumbled. However, once you've got a handle on the charismatic leader and the fact that numerous village people are part of his ranks, it's easy enough to go with everything else. It was just damn entertaining. 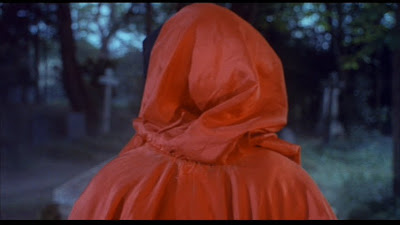 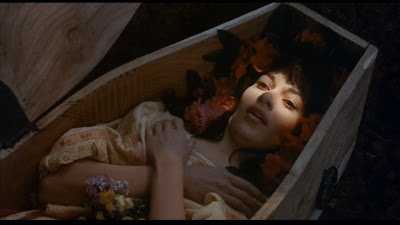 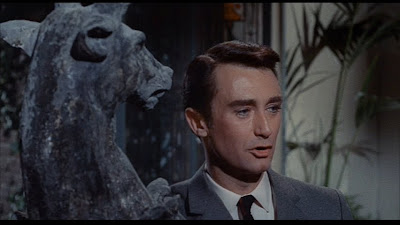 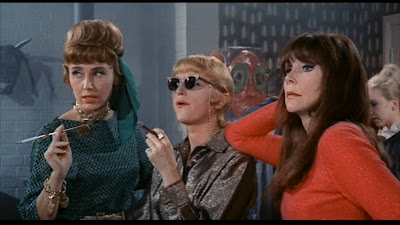 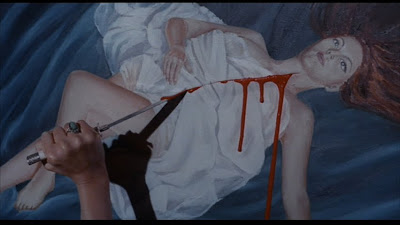 Wilderness (2006 - Michael J. Bassett) - A group of 6 young criminals get sent from their shared prison quarters to a remote island in order to be taught a "lesson". One of their roommates has just committed suicide and the warden lays the blame on all of them. Along for the ride is one of the guards who will help them set up camp and put them through some survival training. They stumble across another group camping on the island - two female delinquents and their own trainer. As it turns out, though, they aren't the only additional guests on the island, and before you know it they are all faced with simply trying to survive an unexpected assault. Overall, a pretty good thriller with a mix of solid plot developments and not so solid plot developments. It feels like they couldn't quite get from point A to point B sometimes and had to make some compromises - some better than others. The acting is strong and director Bassett has a good eye for not only composition, but for making the woods and open spaces seem to be imposing and dangerous. In the end I think that makes up for some weak story points. A word of warning to dog lovers though - you may want to avert your eyes during a couple of scenes. I suppose it seems odd to mention some dogs meeting nasty ends after previously having described no end of human suffering in other films, but I'd feel I would be remiss if I didn't mention it.

And who wants to be remiss? 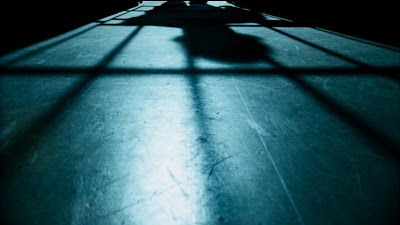 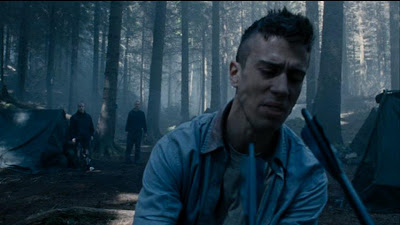 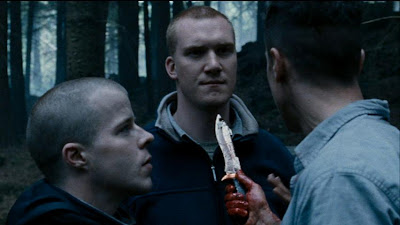 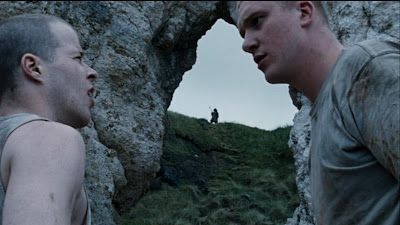 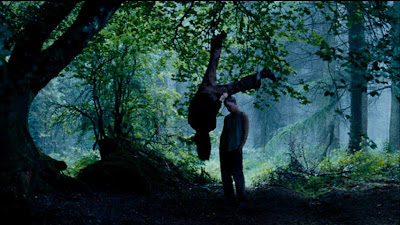 Killer Movie (2008 - Jeff Fisher) - Combining horror and comedy is a tricky thing to do. In most cases (and there are exceptions), the movie comes out being neither scary nor funny. With that, I give you Killer Movie - a film that is neither scary nor that funny. Yet, I found it pretty entertaining overall. I'm still trying to figure out why - there are so many areas where it falls apart - but I guess it may simply be that the characters and performances are better than you would expect. Certainly better than the material deserves. The concept is that a reality show is being built around a small North Dakota town's hockey team as it progresses towards the state championship, but with a few additional details thrown into the mix. The first is that young starlet (and tabloid regular) Blanca Champion will be joining the show's crew in order to get some real life production assistant training for an upcoming role (where she plays a production assistant). There's also the long simmering feud between two hockey coaches that seems to have been reignited after the grisly death of the daughter of one of them. Turns out that someone is making their own reality show (via hidden cameras) by killing various townspeople and members of the TV show crew. The movie intersperses individual character interviews (straight to the camera) with the plot which, like most of the movie, only works some of the time. One of the most annoying aspects is the constant use of music to introduce new scenes - it felt very similar to the "stingers" they used to use on episodic TV, except that the music was generic alterna-rock. There's some surprises and some mildly amusing moments, but nothing ever quite clicks - except that the cast seem to really be relishing their roles. That and the fact that I find Kaley Cuoco really cute. 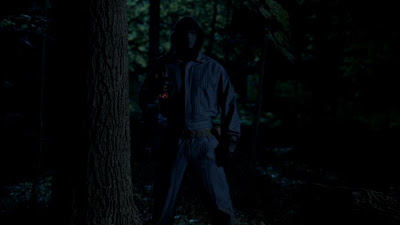 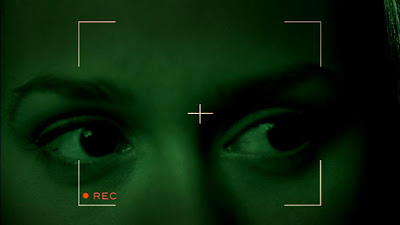 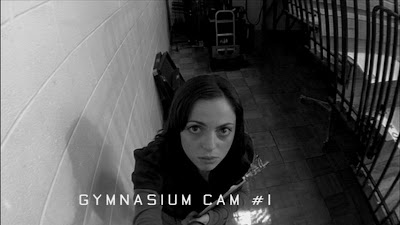 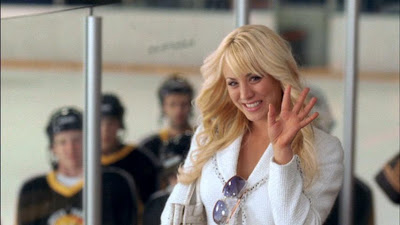 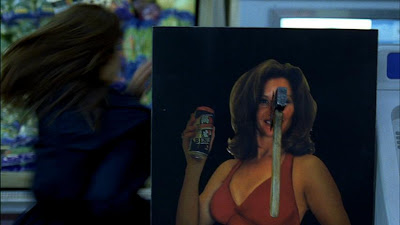 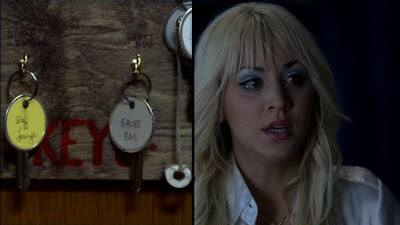 I just watched the Shutter remake and I feel the same way--ugh. Haven't seen Quarantine, but having just experienced REC 2 with a full theater, I can heartily recommend it.
Keep an eye out for Doghouse and The Revenant--two better-than-average horror comedies.

Oh that's right, you would've seen REC 2 in Austin...Yes, I heard some good chat about it after it was at Midnight Madness - essentially that it kept up the spirit of the first one (nothing new, but still doing what it does quite well).

I saw The Revenant at After Dark - it was OK. Good in spots, shaky in others and then went on for about 20-25 minutes too long.

Not familiar with Doghouse, so I'll add that to the list...

Are the writers making gross caricatures in the hopes that the audience is thrilled when the 'asshole' (male or female) gets killed? In any case, it's always such an irritation.

I don't know Jamie...It's a good question. Are the characters simply short cuts because 1) they're going to be killed off soon anyway and 2) because they want you to be happy that they die? Or are the screenwriters just lazy?

Of course, a horror film is much more horrific if you actually care about the characters - that's when the tension rises even more.

I do have an issue with Italian Hporror sometimes - the women are sometimes depicted as helpless screaming fodder. Not all of them obviously, but a high percentage.

Oh well, Hollywood gives them a run for their money...