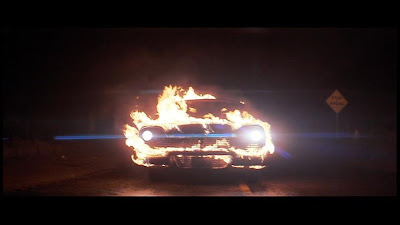 Update: Only after I posted this did I realize I forgot to link to Greg's review in my Christine comments below. It was only then that I noticed the screen cap at the start of this is almost a duplicate of his. I swear, it's just coincidence (I feel like Coldplay explaining myself to Joe Satriani...).

Bram Stoker's Dracula (1992 - Francis Ford Coppola) - This particular spin on the Dracula mythology by Coppola is needlessly confusing at times, messy and overuses many different sorts of filmic devices while using actors who have apparently been given conflicting advice regarding the style of movie in which they're appearing. Even with the flaws though (and my massively long run-on sentence), the 130 minutes still moves at a good pace and is a real visual treat. Coppola really goes all out by employing irises, overlayed images, painted backdrops, different film stock and all sorts of other tricks. It's all quite jumbled, but it ends up being a lot of fun. There's definitely a few over the top performances, Gary Oldman gets a bit bogged down in mannerisms, Anthony Hopkins plays it as subtle comedy and I don't know what the hell Keanu was doing...I had small expectations going in and though it's not my favourite Dracula interpretation by a long shot, I'm realy glad I finally got around to it. 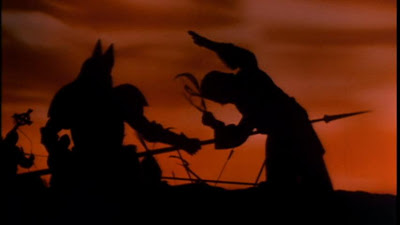 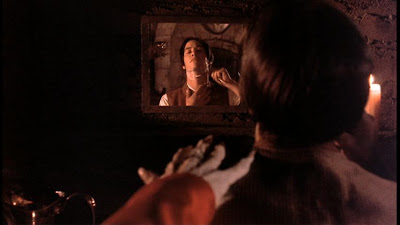 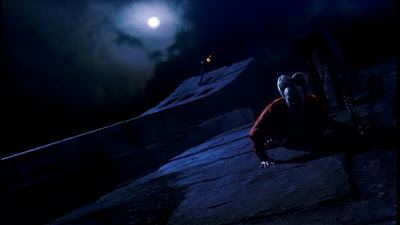 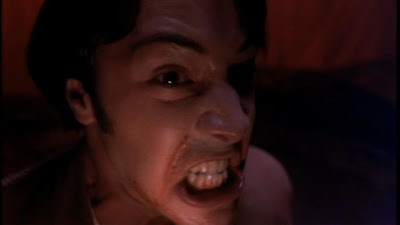 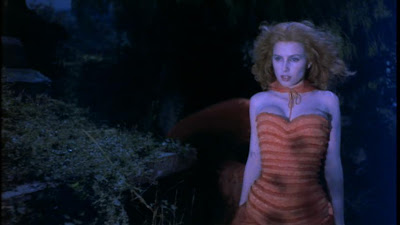 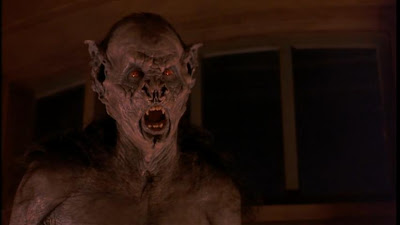 The Lost Boys (1987 - Joel Schumacher) - This is the 80s "classic" I keep hearing about? Really? I know it's hard to judge 20 year old movies when you can't help but get distracted by obvious dating factors (clothes, hair, music), but even beyond all that, this just wasn't a very well put together film. There are a few good scenes, but also plenty of bad ones and pretty sub-par attempts by just about everyone involved. Even the scares were usually ill-timed. Kiefer Sutherland was mostly effective as the ring leader of a gang of young male vampires looking to expand their group, but he didn't have a whole lot to do and his fellow vampires had even less (speaking maybe a half dozen lines between them in the entire movie). The whole thing is further dragged down by very lame humour - most of which comes via Corey Haim - that positions the whole enterprise as a made-for-TV movie.

Actually, the movie does create a deep, sickening feeling of terror in a few spots. Tread lightly through these screencaps of Corey Haim's wardrobe: 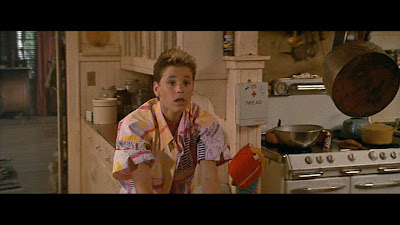 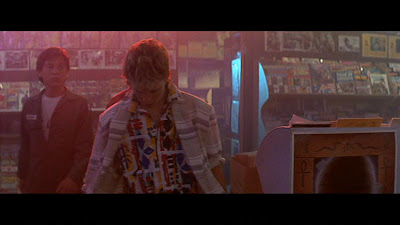 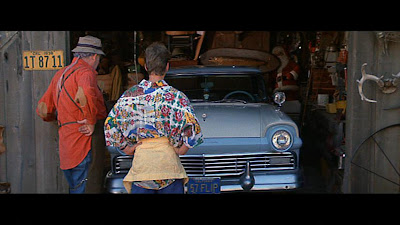 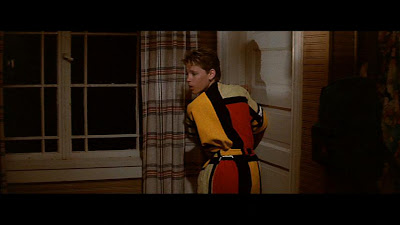 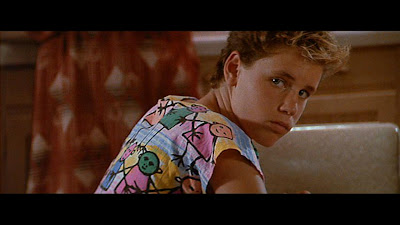 Then there was this guy below - massacring the song "I Still Believe" (by one of the great bands of the 80s, The Call) by adding supremely cheesy sax over top. I'm still a bit queasy thinking of it... 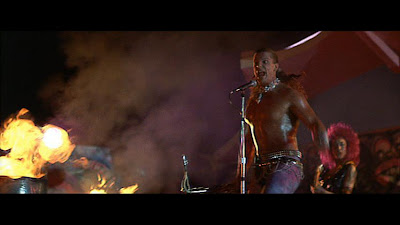 House (1986 - Steve Miner) - William Katt? George Wendt? Richard Moll? Definitely the 80s...As mentioned previously, horror and comedy can be difficult genres to merge. Steve Miner's middle of the decade attempt is another odd mix of the two - sometimes successful with its occasional ghoulish looking monsters, but also tripping over itself with poorly timed comedy and strange detours. Katt plays a successful author who is stuck trying to write his Vietnam memoirs. He moves back to the house he grew up in after his aunt hangs herself. He's also recently lost his only son (who disappeared without a trace) and is newly divorced from his TV actress wife. He starts to hear sounds and see visions inside the house all while he is also flashing back and reliving his Vietnam experiences. Like I said, it's an odd mix.

The tag line for the film (also another title it was known as) is "Ding Dong, you're dead" and it's a line that conjures up an evil house luring in anyone who sets foot on its porch and then terrorizing them with ghosts and goblins once they're trapped. It's nothing of the sort. But it's got some fun moments, a couple of good monsters and Norm from Cheers. 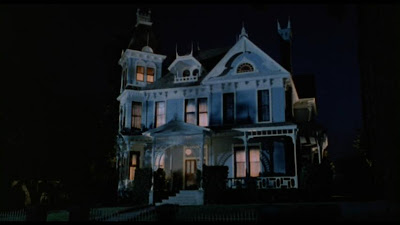 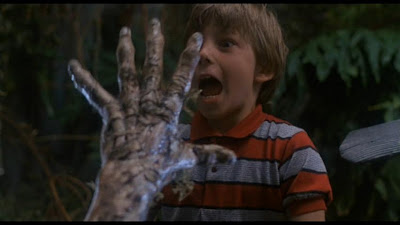 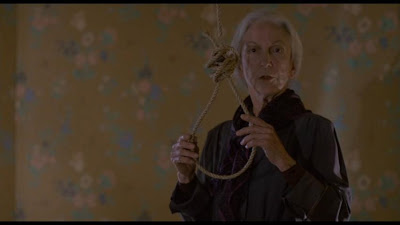 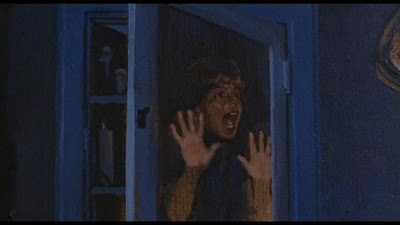 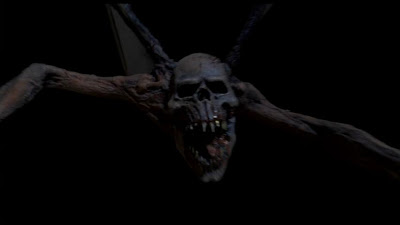 Christine (1983 - John Carpenter) - I've seen bits and pieces of the film over the years, but after reading Greg's take on it over at Cinema Styles, I felt it was time to tackle the whole thing. Sure glad I did. It won't scare the pants off you, but this might be one of Carpenter's best overall films. The end is a bit weak and Alexandra Paul is even weaker in her role as the beautiful new girl at school, but everything else clicks. Boy does that car look great too... 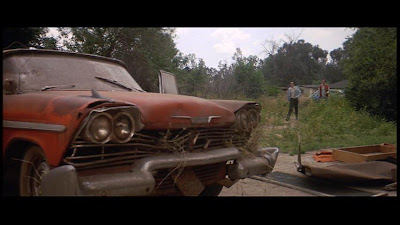 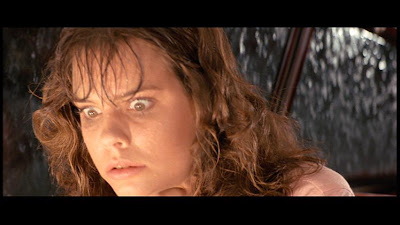 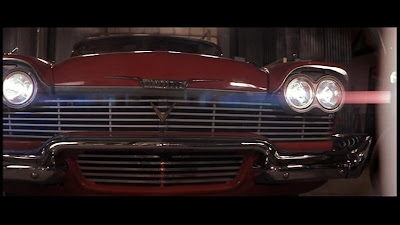 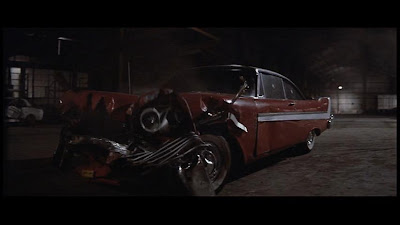 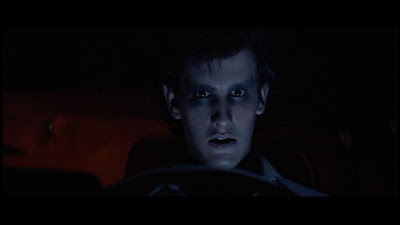 Dead In 3 Days (2006 - Andreas Prochaska) - A group of 5 recently graduated and quite annoying students all receive text messages stating that they will be dead within 3 days. It sounds like well-covered ground (especially by several of the J-Horror films of the last decade) and it is, but just in a different way than you might think. It's not so much about those text messages, but more about a secret all 5 share. There are several inventive scenes, a few horrific moments and solid acting throughout, so overall it's a decent thriller. It just happens to contain characters for whom you don't really care. 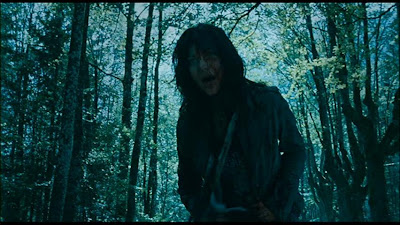 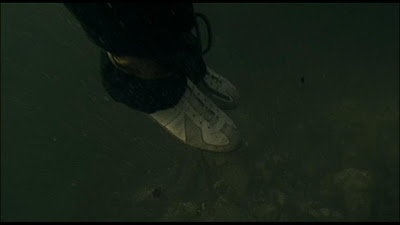 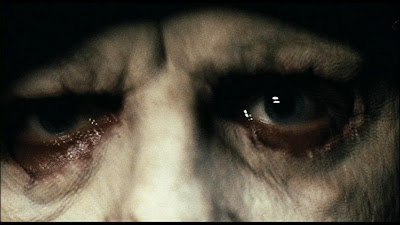 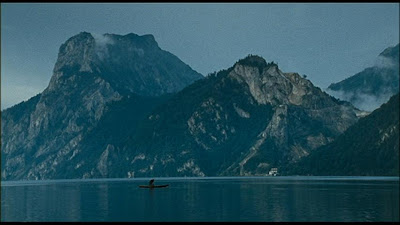 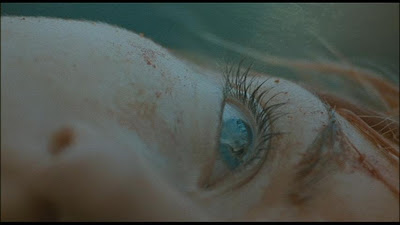 I'm loving all these horror stills you are capturing!

Thanks Jeremy. I'm having loads of fun with it. It's hard to limit myself sometimes!

Christine is such a great movie, watched it so long ago and still remember so well!..

Thanks for the comment Olga...Yeah, I was surprised by how much I really enjoyed Christine - Carpenter did a fabulous job of avoiding a one joke film and managed to keep a solid level of tension.