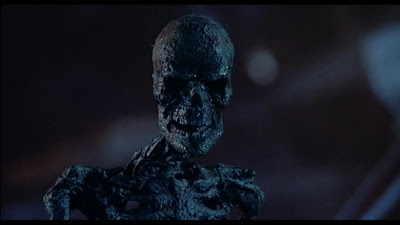 October has come to a close and Halloween season has wrapped, but I still have a couple of posts left. I was too busy carving pumpkins to write about everything...

Dracula Has Risen From The Grave (1968 - Freddie Francis) - Another Hammer Dracula and another great looking, slow-paced (though not boring) and overall entertaining hour and a half. Hammer horrors aren't the most frightening time you'll have at the movies, but they are incredibly consistent in their approach. I love how Francis shades the edges of the screen orange when Dracula is looming and Christopher Lee is hugely fun here - especially when he gets those bloodshot eyes. In the end, I think only one or two people actually get attacked, but the threat is ever-present. 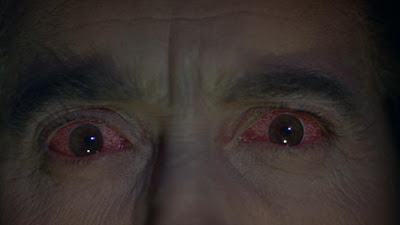 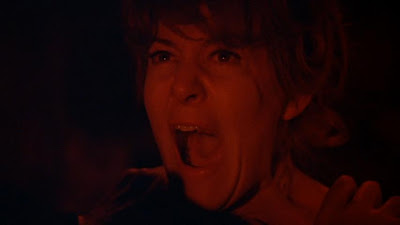 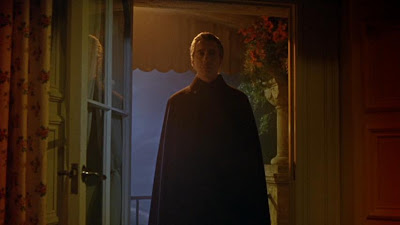 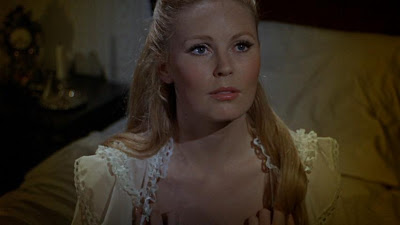 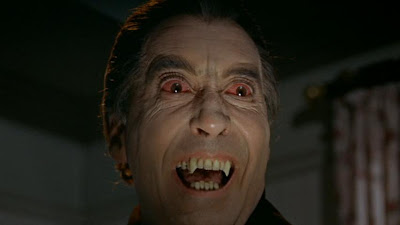 When Evil Calls (2006 - Johannes Roberts) - Absolutely terrible. Lionsgate should really be ashamed of themselves trying to pass this off as a movie. The 20 little 3 minute episodes within the movie were initially all made as short features for mobile devices (with the common setting of a school and teenagers who get a text message informing them they get a wish) and the film wraps all the stories within a framing device of a janitor speaking to the camera. Everything about this was completely terrible though. Drivel as a matter of fact. The writing of the 20 episodes consisted mainly of statements - there's no dialog and no characters, just fat people wanting to be thin or homely girls wanting to be beautiful. Of course, the wishes don't end up exactly as they planned, but the results were never clever or even particularly original. Only occasionally bearable because of Sean Pertwee and Dominique Pilon's delivery of their lines (how the hell did those two get suckered into this?). The "humour" caused numerous depressed sighs from me throughout the entire overly long 74 minutes - it was obvious, poorly timed and terribly delivered. I should've just stopped the damn thing. No screencaps for this one...Someone might think it was an actual movie. I can't risk that.


Vinyan (2008 - Fabrice Du Welz) - A young couple (Emmanuelle Beart & Rufus Sewell) are still recovering from the shock of losing their only child in the massive Phuket tsunami when they see some video tape of children living on their own in the forest. The mother is convinced that one of the boys is their son - she's heard about lost boys being sold off and ending up living in the woods. The father's not as sure, but she convinces him that if there is even the slightest chance their boy is alive, then they need to risk finding him. And it's quite the risk...They must pay huge sums of money to untrustworthy people to bring them into Burma and then they get left to their own devices to search the jungles. It's fairly ridiculous (they make decisions that any sane person wouldn't even consider), but it's obviously not meant to be taken completely literally. The scenes in the jungle are beautifully shot and there are some tense moments, but it never really went anywhere for me and pretty much once again amounted to "Mothers will do anything for their children. Fathers, not so much..." 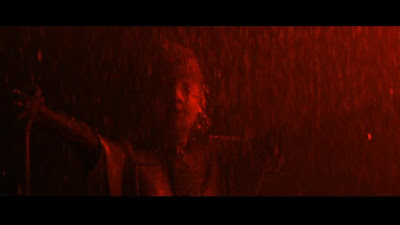 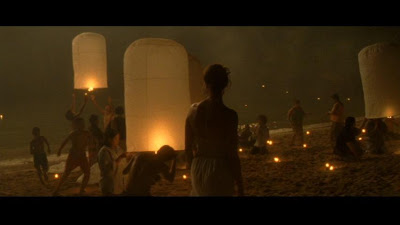 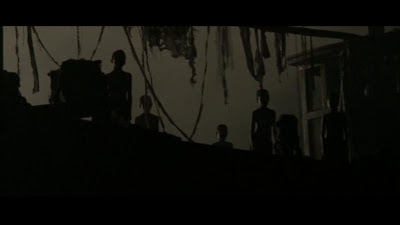 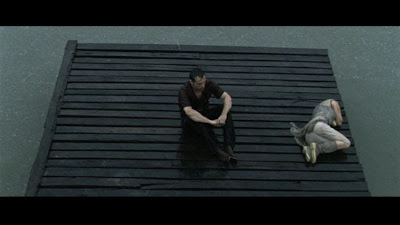 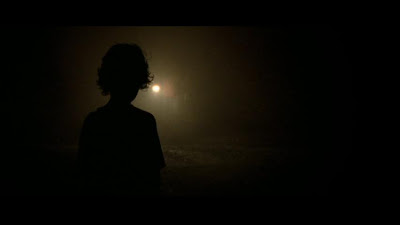 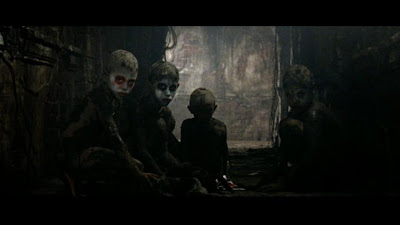 Nightmare On Elm Street 3: Dream Warriors (1987 - Chuck Russell) - "Sleep. Those little slices of Death. How I Hate them." Edgar Allan Poe's words begin the third (and easily my favourite so far) of the Nightmare On Elm Street series and they fit quite nicely to the theme - kids go to sleep, Freddy stalks them, several die terribly nasty deaths. There's nothing new here, but they seem to have managed to get the sense of fun and terror about equal. OK, there's some incredibly silly moments, but not the cringeworthy type from the second film (Freddy's Revenge). Dick Cavett attacking Zsa Zsa Gabor? Yeah, that made me happy. So did John Saxon, who makes pretty much everything better. At this stage, the series has already moved quite far away from pure horror, but it was pretty entertaining from start to finish. 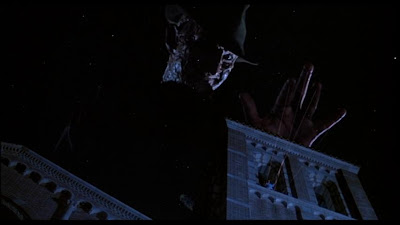 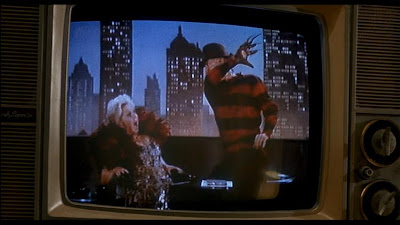 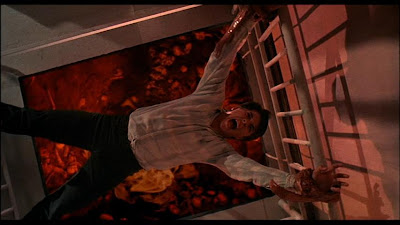 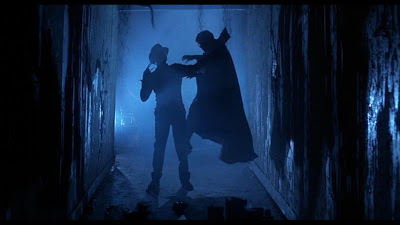 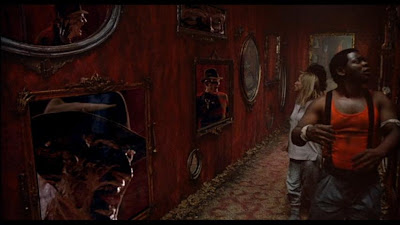 Orphan (2009 - Jaume Collet-Serra) - OK, enough already! I get it! Moms apparently care more for their kids than Dads do - at least that's what the movies keep telling me. The hit Orphan obviously has some talent behind it - this was beautifully shot and there are some moments of true apprehension that come through - but not only is its final reveal (ie. why is the little orphan girl such a nasty piece of work) a bit underwhelming, it sticks with this odd concept of how only mothers can really sense when their babies are in danger. I'd be more than happy to see women in horror movies be portrayed as heroic and unselfish (I've mentioned before how it can get pretty tiring continuously seeing hapless female victims), but I wish they did it under a different guise than this. I'm irked whenever I notice it. Yeah, I said irked. 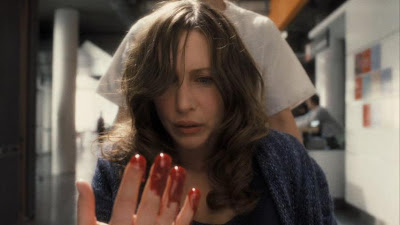 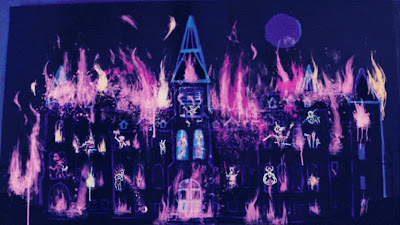 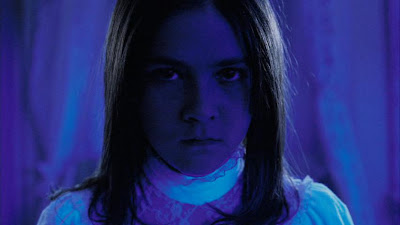 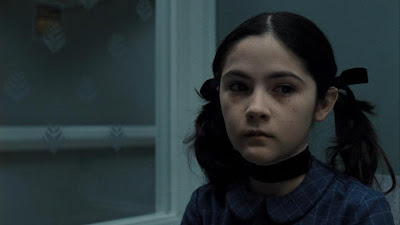 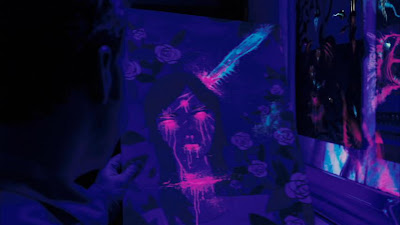 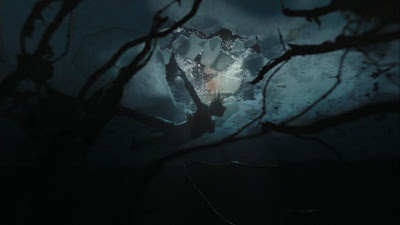 Back when I first heard that Christopher Lee used to play Dracula I've been wanting to check out his work. Unfortunately, though, the only Dracula movies I really remember seeing are probably Vampyr, Dracula 2000 and Dracula Dead and Loving it. What would you say is the best Drac movie to get me started? Lee just seems so perfect for the gothic romance of traditional vampires.

Oh, and how do you get all of those screenshots on all the movies you write about? Every film review should have at least a few pics.

"Irked?" Easy, fella. lol. I thought the Orphan looked great too, Bob. But I didn't really consider the father to care less when I viewed it. I saw him as growing more skeptical as his wife grew more suspicious. Basically, I saw the screenplay as a conflict between two women for domination of a family. The true nature of one of them allowed that conflict to play out as a horror film. I think the father really has to remain skeptical or oblivious because otherwise there wouldn't be much of a conflict. He and his wife would've just ganged up on the lil' murderer and kicked her ass out. :D

Mike, definitely seek out the initial Hammer Dracula film titled "Horror of Dracula" in North America (I think it was simply titled "Dracula" in Britain). It's superb.

The screenshots are taken via the software player on my laptop - it's called InterVideo WinDVD and it allows me to take snapshots of any image of the film I pause on. Of course, you could just use the brute force method if your software DVD player doesn't have that ability - Ctrl-Alt-PrtSc will save the entire screen to the clipboard so you can paste it into Paint (or wherever) and you can cut out the image you want for saving as a JPG.

Thanks for stopping by Mike...I now have "Woman In Black" but just haven't had a chance to really watch anything since Saturday...I'll get to it this week though. I'm enjoying your blog as well - anyone who uses the word "mellotron" in their title is fine by me...B-)

Indeed you are correct. I mentioned previously in my comments about Silent Hill (where I found the same type of issues) that I took it personally. Can't help it, it's just a reaction I had. I know that there are valid reasons for the mother/father relationships defined in the films - even if it is only to put the woman in a role of control and courage. I'm certainly not against that as I'd be the first to say that female characters often don't have things go their way in horror films...B-)

But after a run of films that had these father characters that couldn't quite see the danger, couldn't quite bring themselves to go the full distance that their wives did, it just started to - and I'll say it again - irk me. And I think I have to be honest in how a film makes me react - even if that reaction is likely somewhat illogical. Sarsgaard seemed overly dim about his children's safety, though you are right in that the story just doesn't happen if he is on the same level as his wife.

A friend on Facebook pointed out that in Action movies of late, it seems to be the other way around (in that the fathers tend to be the ones rescuing their children). I haven't actually seen any of the films he mentioned, but there's likely a good essay to be written about that somewhere...

Thanks a lot Bob, Horror of Dracula is queued up. Looking forward to it! And thanks for the screenshots tip, too. There were so many movies in the past w/ shots I've fallen in love with but didn't know how to capture them, so definitely a big help.

And don't mention it about the visit. Always fun. I'll keep checking in. If I don't comment again before you see The Woman in Black, drop by and let me know what you think. Now it's been built up a bit - hoping it doesn't let down!

Mike, just so you know, "The Woman In Black" did NOT disappoint.

It's slow (in a good way) and builds nicely. Maybe a bit too much of the main character, but when the ghost shows up in his bedroom...Wow. Possibly the most hair-raising scene I saw all of October...I can see how some people might find parts of it too slow or dull if they are expecting horror. It's more a solid drama that creeps and delivers a couple of great scenes.

I may post specifically about that scene actually. I don't think it's a huge reveal to give it away with screencaps, because you know it's coming and much of the eerie aspects of it come from the sound and movement.