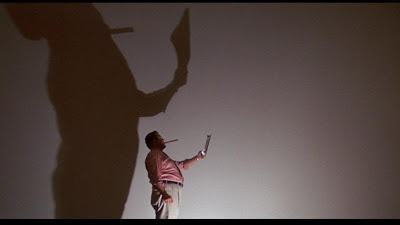 I just re-watched Joe Dante's "Matinee" today and it further cemented my love for the film. Not only is it a great look at how fear can paralyze us (until we can come out the other side), it also shows a great passion not just for the old style showmanship of movie houses but for movies in general. And few are more passionate than Lawrence Woolsey (as played by John Goodman) - a William Castle-like producer who is testing out his latest film "MANT!" (half man, half ant) in Key West Florida. Along with his constant promotion schemes, he's always looking out for new ideas... 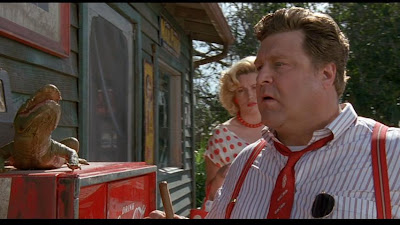 And then with an air of finality: 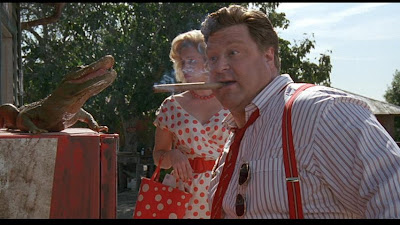 And was that Naomi Watts popping up in one of the films within the film ("The Shook Up Shopping Cart")? 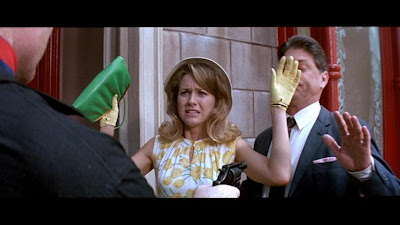 Yep, it sure was! Just one more reason to love the movie...
Posted by Bob Turnbull at 19:44

By this reasoning, I would have to love Tank Girl for Naomi Watts? No sale.

But Matinee? Ooooh. I do love Matinee. I was SO bummed when if finally made it back into print and they did it as a bare bones disc. I was looking forward to seeing Mant! again as an extra. I guess I'm holding on to my laserdisc.

Wait a second...Are you saying "Mant!" is available on the laserdisc version? Additional scenes and everything? Or just scenes from the movie put together?

And I didn't say Naomi Watts was THE reason to see Matinee - just one of many. Neither necessary nor sufficient, but still a good one.

And what's wrong with "Tank Girl"!? OK, Lori Petty is a bit much sometimes, but it was a whole lot better than I ever expected. Uh, it has been 15 years though...

They actually filmed Mant! as a complete standalone movie. It's short, but it's actually a complete movie.

I just rewatched Matinee last night. I'm totes stealing your first screen cap for my review, because it totally sums up the movie's nostalgia for b-movies.

Where is William Castle when you need him, eh?