One Of Those Scenes - "Aparajito" 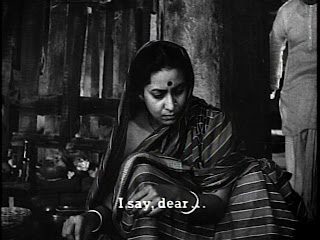 1955's Pather Panchali (which translates roughly to "Song Of The Little Road") was Satyajit Ray's breakthrough on the international stage when it first made waves at Cannes. He followed it up the next year with the second part of his "Apu Trilogy" entitled Aparajito ("The Unvanquished") which furthered the story of young Apu. After a tragedy befalls his family in the first film, they move from their rural home to the city. In Banaras they live near the Ganges river where Apu's father goes for prayers every day while Apu begins to learn the same rituals in order that he too can work as a priest and bring some money into the household (even though he is only 10 at the beginning of the film).

An older gentleman also lives in their building and is always kind to the family. Apu's mother avoids eye contact with him and always raises her sari a bit higher over her head when he is around. This initially appears to simply be a sign of deference, but there's a moment in the middle of the film that shows her previous behaviour to have been concern about his presence. Her husband has fallen ill after one too many trips to the river (and the mammoth climb back up from it) and the older gentleman sticks his head into his room and calls to him. When the husband doesn't respond and is obviously too weak to even move, the old man moves to the doorway.

As we see Apu's mother working on the day's meal, the old man's body (from the neck down so that we don't see his face) shows up behind her. Though he sweetly calls "I say, dear...", her reaction and the camera's sudden zoom in on her immediately indicate that she feels no sweetness in his voice. And then, a sudden cut to his hand - outstretched fingers in anticipation - reveal that he meant no sweetness in that comment either. It's incredibly effective as there is no music and barely any sound (except for general city background noise). She's suddenly alone and unprotected.

The cut back to her close-up face shows fear in her eyes, but in a few seconds there's a subtle shift and a look of determination that comes over her. As he asks - again in an almost cute tone of voice like an uncle talking to his niece - what she's making, she rises up with a cleaver in her hand and makes her stand. This is a woman who has been through a lot (with more to follow) in a life that has been filled with sacrifice. But she still has resolve. 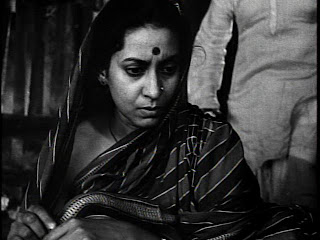 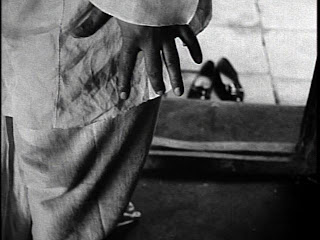 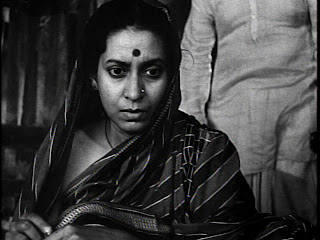 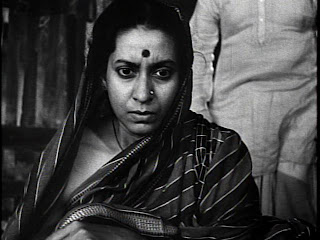 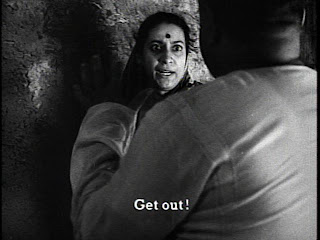 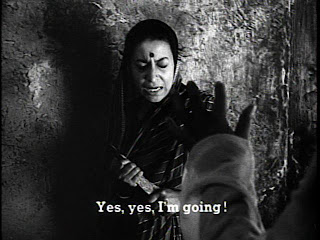 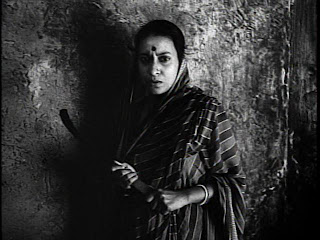