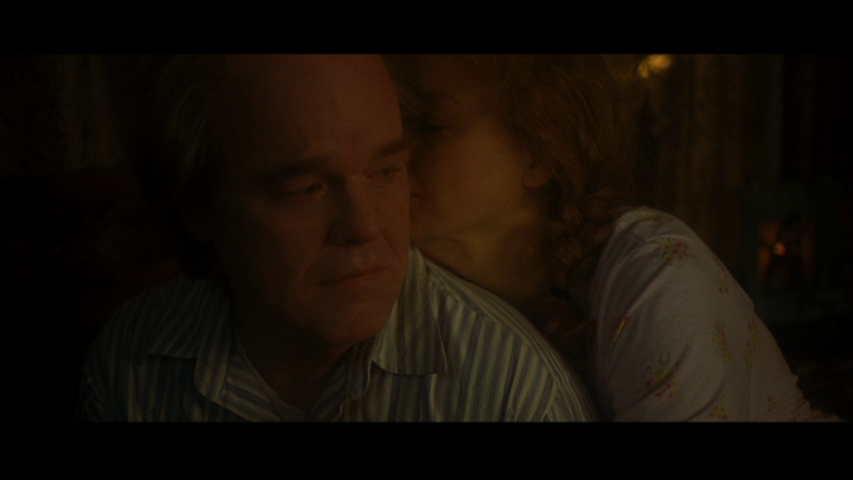 When a favourite artist passes away, there's always a tendency to "pay tribute" to them by diving into some of their work. Whether it's a musician, actor or even writer, you can usually bring several moments from their works immediately to mind. With Philip Seymour Hoffman's passing, I immediately thought of his Phil Parma character from Magnolia (having just rewatched that film for the umpteenth time) as well as his portrayal of Lester Bangs from Almost Famous (one of my favourite films of the 2000s). But the first film I chose to fully dive into again was Synecdoche New York.

It felt right since it's a deeply personal film that also reaches for grand statements about our existence. And while that fits wonderfully well with the title of the film (synecdoche is defined as a figure of speech in which a part is made to represent the whole or vice versa), it also felt like there might be a scene or two that might capture Hoffman standing in for the rest of us. I'm sure I'm not the first person who felt a tug back to the film for that reason, but this ended up being the moment that hit me just a little bit harder this time around...

Over the course of several viewings of the film, I've had a variety of different reactions to it: laughter, slightly stunned amazement, reflection, etc. This time around, though, it simply played with a sense of profound sadness.
Posted by Bob Turnbull at 19:23