Toronto After Dark 2014 - The Town That Dreaded Sundown

Easily the biggest surprise and possibly my overall favourite film of this year's Toronto After Dark film festival was Alfonso Gomez-Rejon's (director of several American Horror Story episodes) take on the 1976 early slasher The Town That Dreaded Sundown. Though that little film from 1976 has its supporters and certainly has some choice moments, it seemed like an odd pick for a revisit. The original as directed by Charles B. Pierce (director and star of the head-shakingly bad Boggy Creek II - And The Legend Continues - best known for being one of MST3K's victims) is an awkward melange of horror/docudrama/slapstick comedy that tries to tell the actual events of a masked serial killer who terrorized Texarkana in 1946. And yet...There were some well-realized moments of genuine horror and interesting filmmaking. For his first feature, Gomez-Rejon seems to have focused on those positive aspects and has built a compelling, moody, surprising and absolutely gorgeous film.

Of particular note is the way he composes his frames. More than once during the film, I found my eyes roaming about the square footage on screen, trying to pick up all the little details and contrasting different colour combinations. I'm sure I missed some clues lurking in the background, but the simple pleasure of being pulled into this lovingly created canvas and wanting to savour each little corner, shadow and object was more than enough. If that sounds like a bit of an overstatement, it's partly due to having very few expectations regarding not only the story but the level of filmmaking. It's not that I thought the movie was going to be bad (the trailer is quite handsome actually), but from its opening tracking shot that pans down from a Drive-In screen playing the original film (and which continued through the parking lot filled with many of the films primary characters) it was obvious that Gomez-Rejon had very strong stylistic ideas for the film - all of which actually help move the story forward and engage the audience.

The town of Texarkana (which straddles the border between Texas and Arkansas) still lives with the past - not just those killings from 1946, but also with the movie made about them. They have yearly screenings of the film which pull in most of the townspeople, but there are also those that would rather put it all behind them. In neither camp is high school senior Jami who, even though she describes herself as unpopular, finds herself at that Drive-In on a date with one of the star athletes of the town. She isn't a fan of the original movie so they go to a secluded spot and just as romance is kicking in, they are interrupted quite rudely and violently by a hooded figure. Jami is spared and escapes, but it appears that the attacks have started up again. Further victims follow, but Jami is determined to help track down the killer this time (since the original was never solved). What follows is part classic well-paced creepy slasher and part "re-imagining" of what a sequel can be...

It doesn't follow the story of the 1976 film, but instead incorporates that film (and clips from it) into this continuation of the real-world events of 1946. The word "meta" will be used to describe it and though that's somewhat accurate, don't let it scare you off. It's original in its approach and will even keep you somewhat guessing as to the various suspects, timings of killings, etc. Its cast is excellent too - Addison Timlin does an excellent job as the re-imagined Final Girl with her own issues and a veteran troupe of actors provide her damn fine support (Veronica Cartwright, Edward Herrmann, Ed Lauter, Gary Cole). And I'll say it again - it's a feast for the eyes. It pleases aesthetically, but also encourages you to actively engage with its visuals, colours and foreground/background object placements. I love surprises. 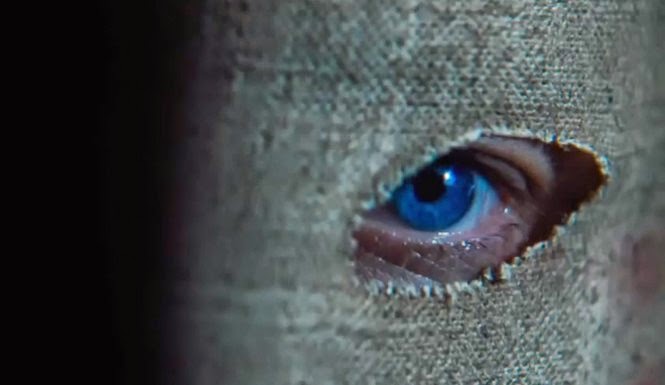