Toronto After Dark 2014 - The Babadook 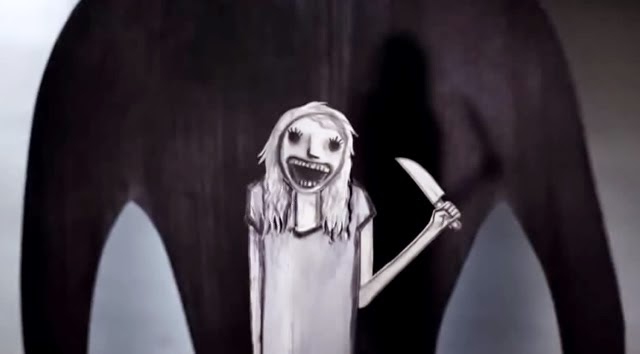 Silly made up sounds to fit a children's verse or shudder-inducing syllables to remind you of the darkness that exists in all our souls? In the case of first-time feature filmmaker Jennifer Kent's critically praised creeper The Babadook, it's not an either / or situation. The cute can definitely coexist with the terrifying.

Young Samuel typically celebrates his birthday in tandem with his cousin even though the date isn't right. His mother Amelia likes to avoid discussing his actual date of birth since it was the rather auspicious occasion of the car crash that took his father's life (as he drove Amelia to the hospital to give birth). As he closes in on turning 7 years old, Amelia seems to be having a harder and harder time coping with single parenthood. Samuel is a handful as his imagination gets the better of him on a regular basis - his certainty that monsters are after him, his magic tricks and his creative construction of weaponry are all putting Amelia right on the edge. One night she finds a storybook called The Babadook that she's never seen before and they decide to read it together. It illustrates a tall, top hat-wearing, cloaked in black man-beast called The Babadook who will come a calling and knock three times. And Once you let him in...he never leaves.

The book seems to leave quite the impression on Samuel as he starts worrying about the dagger-fingered Babadook and warns his mother repeatedly about it - especially after something knocks on their door one evening. Amelia's sleep patterns start getting messed up, Samuel appears to be harder and harder to control and she starts having issues at work. She's a complete wreck and begins pushing away those that can and want to help her - she is caught up in a crushing concern for her son while also being way past the frustration point with him. The house starts closing in on her...

And what a claustrophobic house it is. Dark, gloomy and somewhat colourless (the red Babadook book easily stands out), the house seems to shrink as the movie goes on - shadows become denser as they surround people and objects, spaces feel more cramped and camera angles leave no escape for Amelia. Essie Davis is absolutely fierce at times and summons all manner of terror and rage while expertly capturing the frustrated, hopeless, sleep-deprived nature of a parent "trapped" by forces beyond their control. Samuel is one of those forces, but so is her own internal struggle to see beyond the he's-driving-me-crazy moments in front of her. The film and its monstrous, looming ghostly figure are the perfect representation of the feelings of a lone parent - never sure about their decisions, not being of sound mind, torn between protection of their child at all cost and a desire to get the hell away...When a night's sleep feels like it all happened in a 5 second time span, you tend to open yourself to dark ideas...

The film seems to revel in practical effects and lighting and it creates almost unbearable dread. If there was one criticism I heard about the film, it was that its gradual build-up and finger-clenching tension never quite resolve in a final scare-burst. Though I understand that desire since that creep factor is handled so well, it's actually quite appropriate that things don't end with an expected result. After all, what is parenting but one long unresolved set of choices along an analog spectrum of possibilities. Sometimes it can be hard to recognize the darker impulses, but you have to resist them and lock them up inside. A frightening prospect. 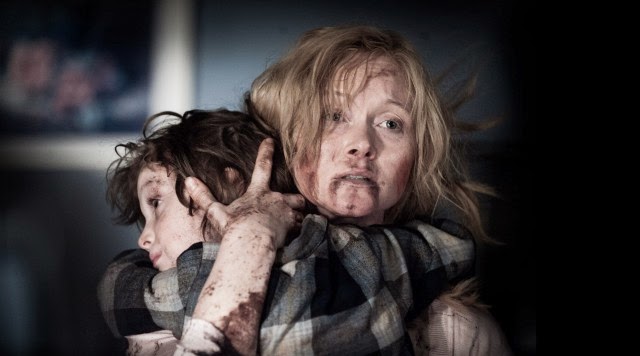