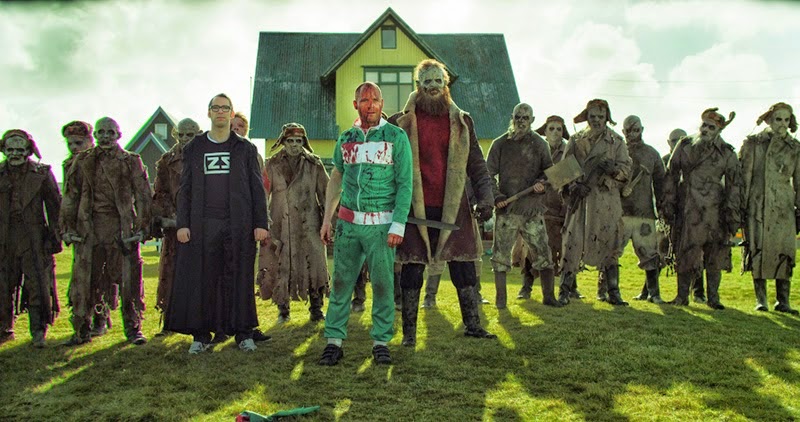 It must've been the easiest elevator pitch ever...


"Nazi zombies...[pause for effect]...in the snow."
The film I'm referring to, of course, was Dead Snow and it delivered on its premise...A field full of dead German WW II soldiers are awakened and then begin to spill the blood of a group of young adults all over fresh pristine snow. It was funny, gory and even a little bit scary. With an audience, it was a thing of beauty from the first zombie hand breaking through the cold white crust to the last open-ended moments where the sole-survivor realizes he may not yet be out of the woods. Which brings us to the sequel...

Though I guess they didn't have to do an elevator pitch this time around (since the first film was somewhat successful), I suspect it would have gone something like this:


"More Nazi zombies plus Russian zombies plus more zombies, more offensive humour, more gore, more outlandish situations, more, more, more."
Note there were no pauses for effect there. As a matter of fact, to give the same sensation as watching the movie, you shouldn't have any pauses at all while you say that sentence (preferably delivering the entire pitch all in one fell swoop without taking a breath). Dead Snow 2 (subtitled "Red vs. Dead") piles ridiculous onto ridiculous onto a mound of bodies and doesn't wait for you to catch up with the story. It's a pretty straightforward tale anyway: the Nazi zombies want revenge on the town that killed them and now that they have a purpose (and a tank), the only way to stop them is through a rival army of zombies. The chosen horde here is a set of Russian soldiers that had been put to death by these very same Nazis now laying waste to small Norwegian towns.

That lone survivor of the previous film Martin continues to have a really bad stretch - after having accidentally killed his girlfriend and cutting off his own arm to avoid a fresh zombie bite from infecting him, he ends up in hospital under suspicion of murdering all his friends and with the wrong arm reattached. Once escaping, he seeks the help of the Zombie Squad: an elite team of Americans prepared to take on zombie infestations. Turns out, the squad isn't exactly professional and consists of three movie geeks who can't wait to fly to Norway to engage in a real zombie fight. Martin Starr leads the team and though they are certainly not what they advertised, they end up being both effective and quite interesting. The film does very little with the fact that one of the women on the team is a Star Wars nerd, but it's forgiveable because they are quite likeable and show no signs of simply being zombie fodder.

The American team obviously gives the movie a good reason for having about half of its dialogue in English (I'm sure the words "wider audience" could have been squeezed into that elevator pitch), but it feels pretty natural. If it's a compromise to reach a bigger audience, it's one of the few...Everything else is amped up - the number of attacks, the gore, the pace, the creativity of dispatching zombies, etc. It also purposely tries to be a bit more offensive with mixed results. Some jokes are funny (if the zombie apocalypse comes and you are wheelchair bound, don't look for any help...) but others are awkward (the one gay character is treated somewhat like a North American 80s movie would treat him). The Nazis are a bit more interesting this time as well - the evil, evil, evil Herzog still leads the contingent, but he seems much more of a character this time out (yes, zombies can apparently have personalities and memories too) and is joined by an almost-as-evil Nazi scientist. The film layers in a whole variety of original ideas and successfully delivers surprises right until the end.

Somewhat like its own protagonist does with the Russian zombies, Dead Snow 2 recklessly tries to re-awaken its genre. It does a hell of a job. 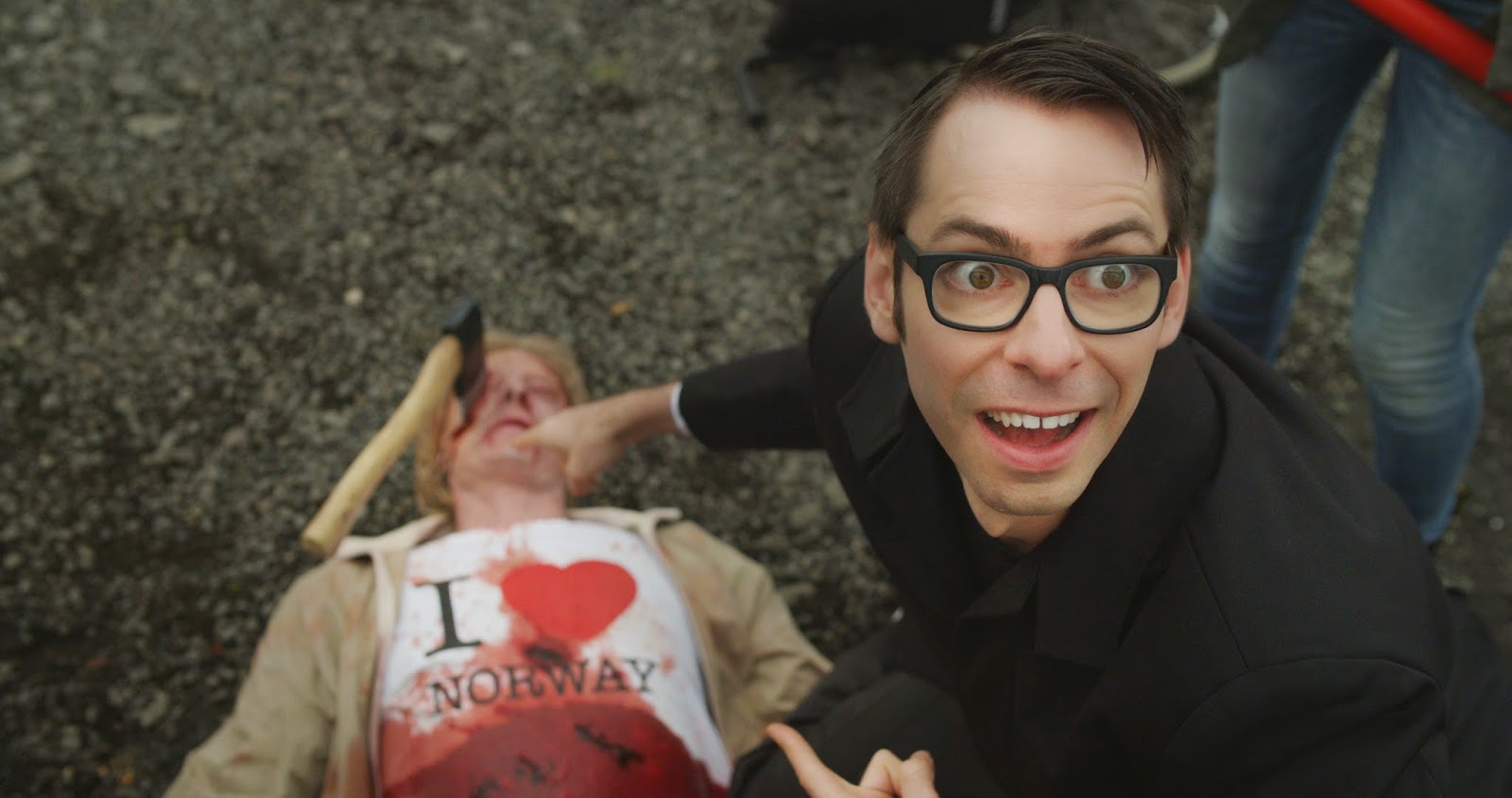