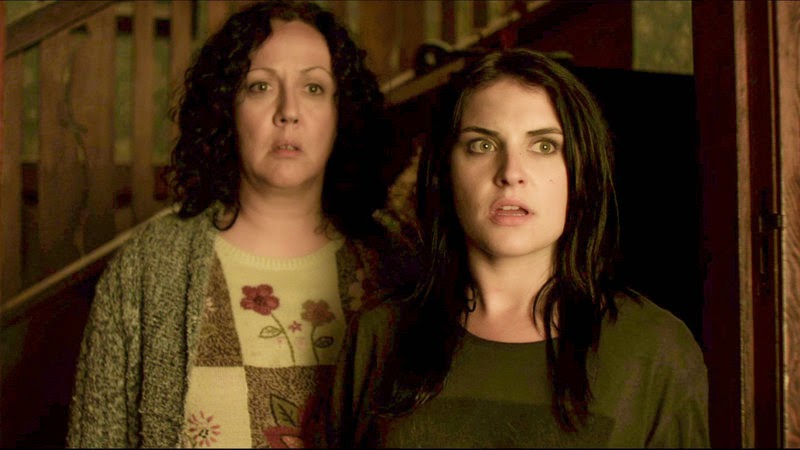 What defines a "crowd pleaser"? Is it a movie with a perfect mix of numerous genres and styles? Lots of laughs? Characters that become endearing to the audience? A happy ending? Depending on the audience, atmosphere and expectations, those elements may or may not work at any given moment, so you have to look at a movie in the context of the people you see it with. So taking last night's opening night crowd into consideration, you could easily say that Housebound pleased the vast majority of them quite extensively. I spoke to a variety of people afterwards and didn't hear a single negative thing about it. Not a bad word. Not even a shrug.

That's not to say it's perfect...There are some very familiar moments at the beginning of the film and a few "surprises" that are telegraphed. But those recognizable beats start to slide into a fine rhythm and before you know it, the movie has found a solid groove and has the audience locked into it. Even during some of its early scenes, the story and its strongly-realized characters still inject some humourous and interesting turns to keep you interested. After an attempted ATM robbery gone wrong, an angry 20-something woman named Kylie is put under house-arrest at her mother's place and begins to experience some of the house hauntings her Mom has talked about for years (and boy can this woman talk...and talk...and talk...). The security guard entrusted with checking up on her (the electronic bracelet on her ankle keeps her honest) doesn't help matters by immediately trying to record the psychic energy of the house. So Kylie is trapped in a house surrounded by a babbling mother, a naive guard and some kind of rather annoying presence.

The setup is a nice novel one, but it excels in two very key areas: comedic timing and characters. Though not a full out laugh-fest, the film makes the most out of mundane situations (a restroom break), mundane objects (you may approach your cheese grater with a bit more trepidation in the future) and oft-used plot points (old psychiatric hospitals, things on the other side of a wall and mother/daughter relationships are all spun in slightly different directions) by simply hitting the funny notes at precisely the right times with the right accents. A dry reply, a well-placed sound affect or just an expression is all it takes in certain parts of this movie to deliver very satisfying laughter. Speaking of timing, the scares are executed nicely with several jumps well-earned and moments of mounting tension scattered throughout.

Housebound is also populated by some great characters brought to life by a talented cast. In particular, Rima Te Wiata as Kylie's Mom Miriam perfectly captures everything both adorable and aggravating about your parents. She also has such a great, pleasant and expressive face that it brings to life even the most basic of scenes. Morgana O'Reilly plays the badass angry daughter with fiery energy and keeps every interaction with just about anybody at a DEFCON threat level of at least 4 or 5. The supporting players do just about everything asked of them as well with nary a miss in tone or line reading. These are not perfect people, but they sure end up being both likeable and interesting. And that's sure to please just about any crowd. 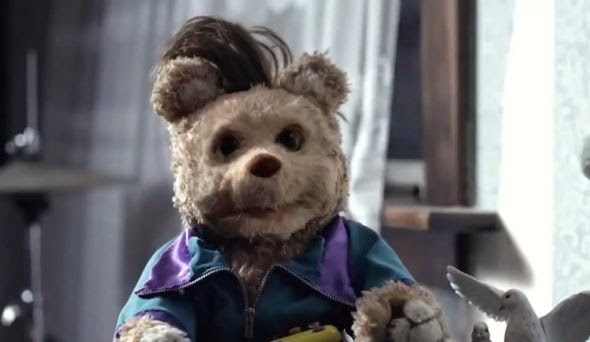