As I've mentioned before, the Toronto After Dark film festival is quite close to my heart...I was there at its birth in 2006 and have attended every single one of its birthday parties since - whether it was in the old or new Bloor Cinemas, the Toronto Underground or in its recent digs at the Scotiabank. Every year has had its share of great and good films (and yes, a few not so great ones too) as well as memorable moments like the Funky Forest screening, the storm that blew out a projector, the Black Dynamite screening, the after after-parties, closing down Pauper's Pub every night, and some damn fine Q&As by directors who are genuinely excited to be there.

Even though just about every film festival that has ever existed says "this will be our biggest year ever!", all signs certainly point to this being a big one in the history of Toronto After Dark. With just a few days to go before the festival kicks off (it runs from Oct. 16-24 and screens 19 feature length films and 28 shorts), there are already 3 sell-outs and, according to their web site, apparently another 3 about to sell out. Good news for the fest to be sure, but not too surprising when you look at their lineup (all trailers can be viewed from the festival's schedule page): 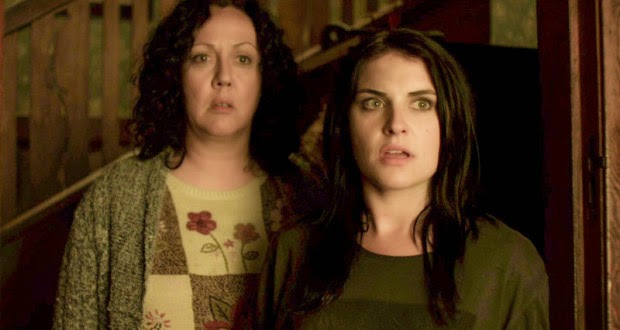 Housebound - This opening night film from New Zealand promises a haunted house set of thrills. Apparently it can back up that claim with an award from another festival as well as numerous good reviews floating around. I haven't seen a really good haunted house movie in a while, so I'm pretty psyched for this opener and expect the fest will kick off with a rollicking crowd pleaser.

Suburban Gothic - Described as a "ghost-hunting horror comedy", this could go either way - specifically because of the two words "horror" and "comedy" being put together. Oh sure there have been plenty of good ones, but if the director and cast can't hit the proper tones, it can all fall apart. The cast looks pretty solid, and since TAD has been pretty good at kicking their festival off strongly, I'll stay on the optimistic side for this evening. 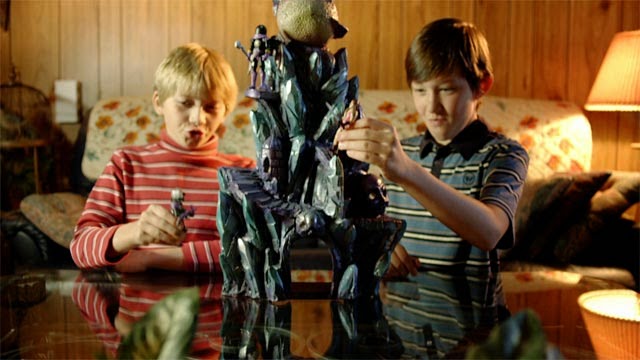 ABCs Of Death 2 - I'm a big fan of horror anthology films, so the first ABCs Of Death sounded like manna from heaven. Turned out to be a mixed bag of Halloween treats - mostly of that crappy candy corn variety. To be fair, there were several really strong stories and rumour has it that this second installment has much more quality control on it and an even more interesting list of directors.

Shorts After Dark - Each of the feature length films has a Canadian short film playing before it and the quality level is usually quite high (which says a great deal for our filmmakers and the selection committee), but each year the festival also devotes an entire screening to shorts from across the globe. So you'll get a good solid 90 minutes or so of internationally spiced horror and genre that has been culled from a wide set of submissions. I've rarely been disappointed in these collections, so don't skimp on the festival - go see the shorts!

Zombeavers - The Saturday evening of the festival is always reserved for a pair of zombie films since it immediately follows the annual zombie walk through the city. This makes for a helluvan interesting crowd in attendance, but can lead to some dicey movies. There's usually at least one good zombie film per year, but since the festival shows two...Well, let's just say there are no guarantees. Will Zombeavers manage to keep the brain-hungry hoardes satisfied? It's a 50-50 shot, but with an entertaining audience, it's worth a shot.

Dead Snow 2: Red vs. Dead - The screening of the first Dead Snow (easiest elevator pitch ever: "Nazi Zombies") went over like gangbusters and I've no doubt this follow-on film will too. With the same director at the helm and the saga continuing pretty much from where it left off, the new film reportedly ups all the gore, humour and surprises. Though I mentioned above that I'm usually concerned about "horror comedies", I'm less so in this case. They've shown they can hit the right mix. 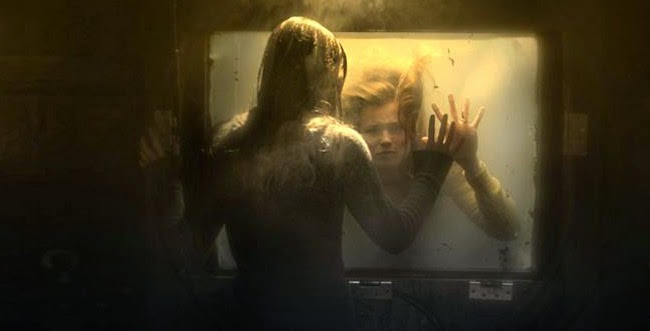 The Drownsman - A young woman's fear of drowning manifests itself into a killer called The Drownsman in this Canadian thriller. If the film plays up the psychological aspects and doesn't focus solely on (as the description states) "a new unstoppable force of a killer", it could be interesting. Granted, it could be interesting as a straight up slasher as well, but the chances aren't as good. Either way, I'm happy to support Canadian horror/genre film, so fingers crossed.

Wolves - Let's be honest...That's not a great title for a werewolf film, now is it? Hopefully there's a bit more originality in the script (by David Hayter - writer of the first 2 X-Men movies) and action scenes which are promised to be "non-stop". It stars two known entities in Lucas Till (X-Men: Days Of Future Past) and Jason Momoa (Game Of Thrones) so that might drive some ticket sales.

Late Phases - Sunday gives us 2 werewolf movies in a row as Late Phases puts Nick Damici up against a beast ravaging a retirement community. It's a better title than the other werewolf movie, so I'll give it points for that and assume it has something new to offer as well.

Open Windows - Though starring Elijah Wood and Sasha Grey, the main draw to Open Windows for me is director Nacho Vigalondo (Timecrimes, Extraterrestrial). His Q&As are known to be almost as entertaining as his films, so let's hope he makes it to Toronto for this screening of his "cyber-thriller". Yeah, I had a hard time writing "cyber-thriller", but I have to think that Vigalondo could do something interesting, dark and not obvious in this arena. 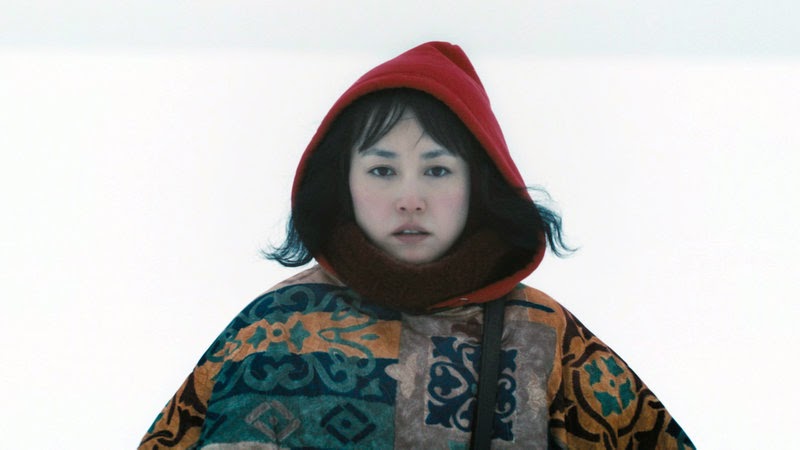 Kumiko, The Treasure Hunter - This story of a Japanese woman who totally believes that the movie Fargo was a true story has itself confused about as many people as Fargo did itself. Though there apparently was a real Japanese woman who did end up dying in Minnesota (about a decade ago), the veracity of the details about her searching for the buried money from the film are, ahem, somewhat in question. Now this "true story" of a woman who believed a "true story" was a true story has been turned into a movie. And a Sundance award winner at that (for Musical Score). The only thing I believe is that I'll be there to see it.

Predestination - Ethan Hawke stars in this too-easily-compared-to-Looper-and-Minority-Report sci-fi tale of a cop who is tasked with stopping crimes before they happen. It's still a great premise that could easily lead to more interesting spins on it, so let's hope we get something unique.

Time Lapse - More sci-fi (TAD has quite nicely tried to make theme nights wherever possible) covering yet another concept that has been around the block a few times - a camera that shows photos of people's futures causes alterations in timelines. Again, one can only hope that the great concept inspires a novel approach to it.

Refuge - And speaking of well-worn concepts, how's about some post-apocalyptic goodness? Another double dose theme night kicks off with what sounds like a fairly generic description (scavengers threaten a family in a gloomy post-war landscape). My guess is that this will live or die on the strength of its characters. 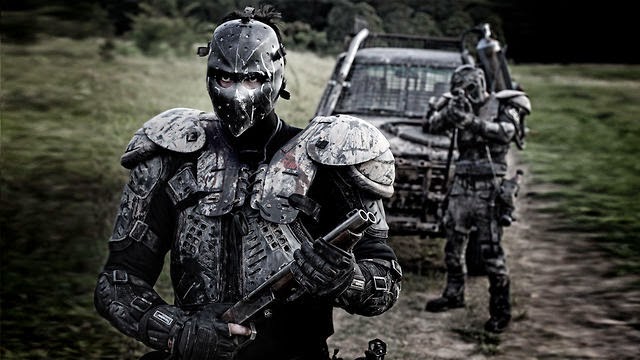 Wyrmwood - OK, so the short little blurbs for film festival screenings almost always over-promise, but how can you resist "insane, action-packed, post-apocalyptic, zombie slaying road movie from Australia!". Yeah, neither can I...Word on the street is that it's a keeper.

The Town That Dreaded Sundown - Having just recently watched the original 1976 film which "documented" the actual slayings that occurred in Texarkana in the mid-1940s, I'm curious how this "reinvention" of the story will pan out. The original was a weird synthesis of slasher/docudrama/slapstick, so hopefully this one picks a few less genres to inhabit...

Why Horror? - Though I've never been a big fan of Rue Morgue overall, I give them credit for attempting a documentary which looks at why many of us enjoy horror films. There's plenty of ground to cover and plenty of big names to interview (they've apparently pulled in a good number of them), so for a genre that has such a variety of sub-genres and approaches to the form, it has potential. My concern is based on whether Rue Morgue will shrink the scope of "horror" to tackle mostly the gorier aspects of it (something I don't shy away from, but find is only one of many possible characteristics of horror).

Let Us Prey - Liam Cunningham (another Game Of Thrones alum) plays a stranger who arrives at a dead end police station and becomes involved in a stand-off with demonic forces. Hard to judge, but last year's closing night double feature was pretty damn solid, so let's assume they held on to this specifically for the final Friday night . 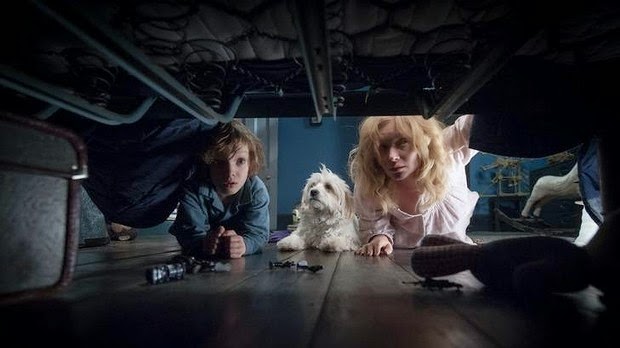 The Babadook - The closing film of the fest is one of the more anticipated in recent memory as the scuttlebutt says it's quite fantastic. After reading a children's pop-up book, a mother and her son are haunted by the presence they seem to have just set free. Seems pretty straightforward, but I'm hoping for a creepy on-the-edge-of-your-seat barnburner. I hope I'm not over-hyping this Aussie flick, but I have a good feeling about it.


I'm excited every year as I approach opening night of Toronto After Dark because I know the fun that awaits: goofy/fun/scary/thrilling movies (and yes, a few that are none of those things), great conversation & arguments about those movies and always at least a couple of memorable moments outside the films themselves. Starting Thursday, it'll just be a question of when they will occur.