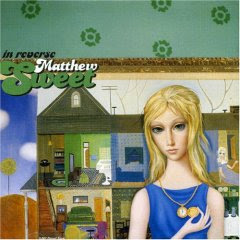 
Sweet's great power pop sensibilities and love of Beatles/Byrds/Big Star continues here on what is probably his strongest overall effort - though I must admit it took a few listens to reach that conclusion. There's nothing quite as immediately grabbing as say "Girlfriend" or "Evangeline" (from 1991's Girlfriend), but the melodies really burrow into your brain after several listens. The beautiful ballads in particular seem to be getting the most spins. Having said all that, Sweet's best work may very well have been his collaboration with Ming Tea: 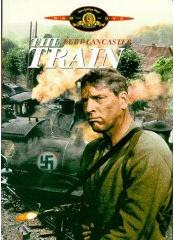 
John Frankenheimer's 1964 picture set in the waning days of WWII follows the titular train as it carries a load of French paintings the Germans are trying to remove before the liberation of Paris. Paul Scofield brillantly plays the German colonel who runs afoul of Burt Lancaster and then must try to get the paintings safely back to Germany. Though Lancaster doesn't care about the paintings, he has no intention of letting the German colonel make off with them. The sequences on the train are dazzling and ratchet up the tension throughout the film. An interesting note from IMDB states that Lancaster doesn't utter a single word in the last 20 minutes of the film...And he simply doesn't need to. 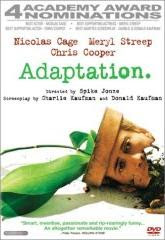 
A recent re-viewing of Spike Jonze's follow-up to Being John Malkovich proved to be my favourite viewing yet. It has one of my favourite meta-movie concepts - Charlie Kaufman was tasked with adapting the novel "The Orchid Thief" and while having difficulty doing that, he ended up writing a script about a man named Charlie Kaufman who was having trouble adapting the novel "The Orchid Thief" and who ends up writing about a guy called Charlie...But things take a different direction when Charlie's twin brother Donald chimes in with his own more mainstream ideas for plot points. The last half hour of the film is initially jarring in its shift and also becomes less intriguing, but once you understand why the tone shifts and relate it back to previous topics and discussion points earlier in the film, it becomes great fun. Kaufman works in layers of meaning regarding the concept of adapting and the cast all give terrific performances (Chris Cooper won an Oscar for his supporting role).


Tom Twyker's pre-Run Lola Run feature is almost as stylish and just as captivating. Several unrelated people in a ski resort town become entangled in each other's lives after an incident. We follow the course of their relationships and their various problems (short term amnesia, the loss of a child, fear of commitment, etc.) as Twyker spins his visual flair to create tension and atmosphere. He also uses colour extremely well in the film with each main character sticking to a single colour for their clothes throughout.


More meta movie goodness...Takeshi Kitano takes a look at his own stardom and pulls together scenes, characters and ideas from his other films. After some behind the scenes glimpses into Beat Takeshi's life, we see him meet a part time actor with the same last name who is a dead ringer for him. The famous Takeshi goes off for a massage and wonders what life must be like for this unsuccessful actor. From here on out, we're never quite sure who's head or potential dream we may be in. It's quite surreal, funny and oddly touching in spots. Here's the unsubtitled trailer that will give you no clue about the "plot", but hopefully conveys some of the energy of the film: