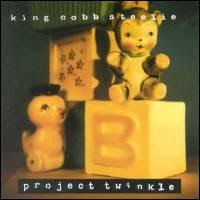 
Producer Bill Laswell definitely applies his bass heavy dub sound over much of this Guelph band's second album, but he allows them to retain their range of sounds and their sense of groove. They have a fine sense of combining different styles (from funk to punk to dance beats to jazz). Their chiming guitar riffs dominate tunes like the opening "Slump" while others are more atmospheric. Though their following three albums are somewhat more consistent in style, they all have their surprises. 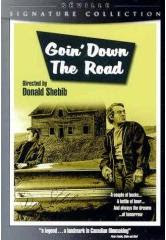 
A classic piece of Canadian cinema depicts 2 buddies from the East Coast who make their way to the big city of Toronto. They shuffle from job to job living a rather meager existence, occasionally getting drunk or meeting women. Though there's humour in the film, it's not exactly uplifting stuff - you know exactly where these guys are headed. As things go from bad to worse, it's apparent the big city didn't quite deliver on its promise. It defines for me "gritty low budget" filmmaking and of course those elements only add to the feeling of the film. I've heard people complain about the acting, but I thought both the lead actors delivered real and sympathetic characters - people you truly want to see achieve some happiness in their lives. 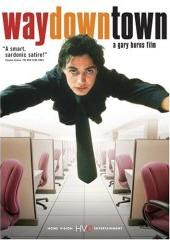 
A young group of downtown office workers bet each other to see who can avoid going outside the longest. In the catacomb of interconnecting passageways between apartment and office buildings, the task is physically possible. But the strain on the mental states of all the participants begins to grow...Director Gary Burns manages to keep the setting realistic (filmed in downtown Calgary) and yet still bring a sense of dreaminess to it all. The main characters aren't exactly likeable, but the movie is quite funny at times and makes some sharp points regarding our modern day habits.


On Canada Day, I can hardly call a French language film from my home province of Quebec a "Foreign Language" film...This 2003 film is very much in the same gentle comedic vein as Local Hero and Waking Ned Devine, except for being set in a small Quebec fishing village. The fishing has dried up and the village is down on its luck with most of the men receiving welfare from the government. When the promise of a new factory is dangled to the town on the condition they find a full time doctor, they begin fabricating traditions to convince young Dr. Lewis (who happens to find himself stranded briefly in the town) to stay. They tap his phone, discover his weaknesses and then use that to their advantage - creating an annual festival of Beef Stroganoff and pulling together a cricket team. It may not be the most original film, but it's lovely, warm and genuinely funny. 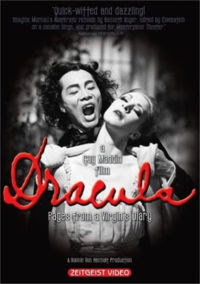 
Guy Maddin is a unique filmmaker. Even if you dislike his very deliberate style and overall odd films (I admit to really disliking both his early Tales From The Gimli Hospital and his wider known Saddest Music In The World), you can't deny he has a distinctive view of his medium. With his re-telling of the dracula myth, he creates an absolutely beautiful piece of art. He manages to bring additional style to what is essentailly an old fashioned silent film by using lots of tints, irises, little splashes of specific colour and intertitles. Combined with music from Mahler and dancers from the Winnipeg Ballet, it's almost overwhelming at times. But what a way to be overwhelmed as shown in the trailer below: