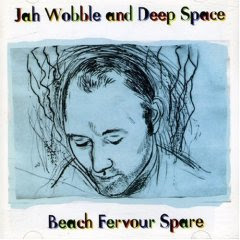 
Throbbing bass, booming drums and plenty of atmospherics (mostly improvised instrumental sounds) encompass every inch of this record. It's trance enducing in the best possible way and never dull. Trumpets roll in and out during some of the tracks as do a wide variety of different instrumentation from assorted cultures (Middle Eastern sounds dominate). The three part "As Night Falls" has the biggest groove of the set and rumbles along merrily, but the album is really meant to be listened to all in one go with its ebbs and flows and beats - just allow yourself to get lost in it.


July 16th 2007 marks the 100th anniversary of the birth of one of my favourite actresses - Barbara Stanwyck (take a look at the great tribute that appears on the Edward Copeland On Film blog - it steps through her films by decade and also has some equally great comments to it). Not only is she a truly stunning woman (that little sneer she occasionally flashes is just damn sexy), but she has tremendous range. She can hit all her marks while tossing off witty banter, throw herself into a melodramatic part or play the role of femme fatale. Those latter two are represented well in this fine noir film whose story is quite engaging and zips along nicely (even if it does tend to linger a bit long towards the end). Stanwyck doesn't actually show up until about a half hour in, but Van Heflin does a terrific job holding everything together as the young man returning to town after running away as a boy. But it's Stanwyck's show in the latter half. Speaking of Stanwyck...I rarely see mention of one of her best assets - her voice. It's confident and dominates, but it also soothes and tantalizes. OK, I'm getting fanboy-ish now...


You can probably tell from this blog's title that I'm somewhat of a fan of Michel Gondry's previous film. Though on initial viewing I was somewhat disappointed by The Science Of Sleep, it seemed to provide more joys upon revisiting. Initially, I was trying to follow within the film what was reality and what was the dream world of main character Stephane. This time around, I found I could concentrate more on the beautiful and wildly inventive dreams as well as not really concern myself with where dreams and reality split. For Stephane, they are so intertwined that in many ways it didn't matter. You simply were able to experience what his world view was like. And in that way, it painted a truly interesting and moving portrait of an emotionally confused young man.


The love story between two Spaniards is shown through a series of flashbacks, coincidences, occurrences of foreshadowing and a great deal of mirroring of events between time periods (even the main characters' names are palindromes). It's quite fascinating to see the level of detail brought to this wholly different approach to documenting the lives of these two young lovers. It's also a great way to set part of your film in the Land Of The Midnight Sun and capture the gorgeous surroundings while continuing the thematic line of the story.


As early as the two and a half minute mark, I knew I was going to like this film. And within the first 5 minutes we see: a train coming from a young boy's forehead, a stunning view of a huge white tree and a young girl who is constantly being watched by her own huge head. It's all part of a lovely story of an odd and at times eccentric family whose members each have slightly askew views of the world. Not only is the journey through the film fun and constantly surprising, but it comes together beautifully towards the end with a simple message that essentially teaches the characters to occasionally stop, appreciate the little things and just enjoy the taste of tea.

Even without subtitles, the trailer should entice:


And be careful of the following...It will indeed melt your brain...

I haven't seen The Taste of Tea yet, but I've heard that fans of it will like Funky Forest: The First Contact. I loved that, so will probably like the earlier film.

Lovers of the Arctic Circle was beautiful as well. I've got Sex and Lucia from the same director but haven't watched it yet.

Thanks for the comments. I saw "Funky Forest" at last year's Toronto After Dark Filmfest and loved it. It was truly one of the strangest things I've seen, but the audience was in the right mood so it was a great time...I hope to see it on DVD one day in Region 1.

I hadn't realized that Julio Medem also did "Sex And Lucia", so I'll have to bump that up my priority list.

Bob, I was at that screening at Toronto After Dark! I'm thinking we probably need to meet for coffee or a beer soon! :)

I'm thinking you're right James! There may be one or two good beveraging establishments within the confines of Toronto, so I'm sure we can figure something out...B-)

Let's hammer out the details via email...