This is my submission to the Monster Squad-A-Thon being hosted at DVD Panache.

But wait...Can Kwaidan - a 1965 Japanese Cannes award winner (Special Jury Prize) about 4 separate ghost stories - really compete in a Monster Squad-A-Thon? Especially when the ghosts/monsters in question never make a sound louder than perhaps a whoosh and don't really give the audience any major scares? I mean, I've already talked about how beautiful this movie is to look at in another post, so does it belong?

Let's take a look at the result of coming into contact with each of these different ghosts from all four stories: 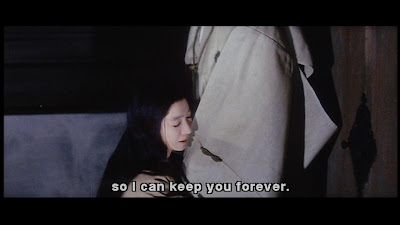 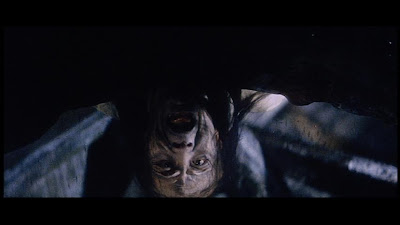 Story 2 - The Woman In The Snow 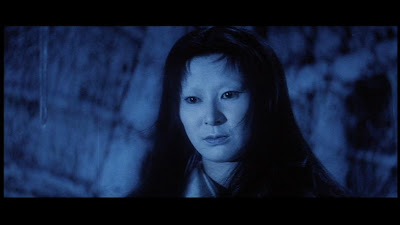 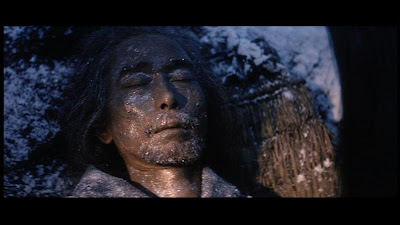 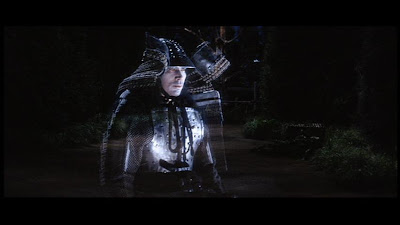 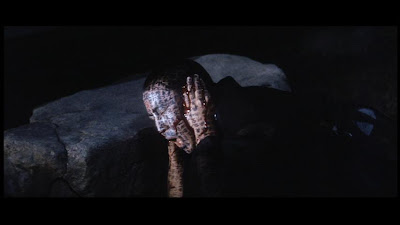 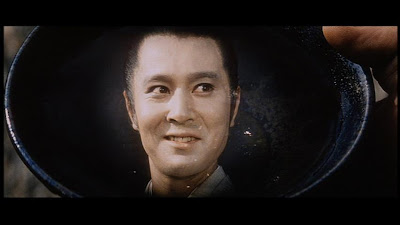 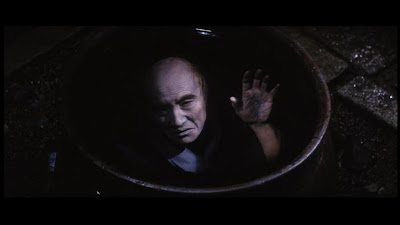 So yeah, I'm finding them kind of monstrous...

Story number one - The Black Hair - is likely the scariest of the bunch. Along with providing probably the only jump scare in the film and a skeleton to boot, it:


These are not benevolent ghosts were talking about in any of these stories. There's no second chances unless it serves a ghost's own selfish desires. Grudges are held, vengeance is sought and compromise is not a discussion point.

As with a great deal of Japanese horror (old and new), the film creeps up on you. You typically end up with feelings of dread curled up in a ball on the couch instead of jumping out of your seat with fright. That's not necessarily better, it's just a different feeling the viewer takes away with them after the film. For my money, the dread lingers much longer...

If you like ghost stories artfully told, look no further. Here's a nice lengthy trailer for the film (though the voiceover subtitles are a bit rough):

This looks terrific. I'm woefully ignorant of Japanese cinema from this period but your post(s) has me intrigued to see this film. Great job.

Thanks for the comments. I'd love to hear what you think of the film when you see it.

Director Masaki Kobayashi also did Harakiri and Samurai Rebellion (also Criterion discs) and both are just terrific films - probably better overall than Kwaidan, but it's hard to match that film's beauty.

I hope to catch up on some more of 60s-70s Japanese cinema as well. I'd love to see Kobayashi or another Japanese director from that period get one of those Eclipse boxes...