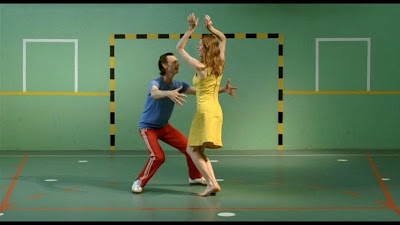 Rumba (2008 - Dominique Abel, Fiona Gordon, Bruno Romy) - The Jacques Tati influence is pretty unmistakable throughout this mostly charming little film about a pair of dancers who, after winning a competition, have a car accident and must cope with the consequences. She loses a leg and he loses his memory. And it's a comedy. The first 30 minutes or so are completely wordless and is all about the physicality of the actors, the framing within the still camera and the colourful set design. Particularly funny are the silent movie style scenes where Abel and Gordon (who play the couple as well as co-direct the film) stumble through elaborate situations - both of them changing clothes in a moving car, Gordon trying to put a briefcase on the floor while on crutches, etc. Unfortunately, the film loses a bit of its pace and inventiveness when dialog comes into play and would have played much better without any spoken lines at all. It feels like they couldn't quite think of enough physical humour to fill out the film (even though it has a pretty short runtime at 77 minutes). However, it's still plenty enjoyable and the three dance sequences are actually quite lovely. 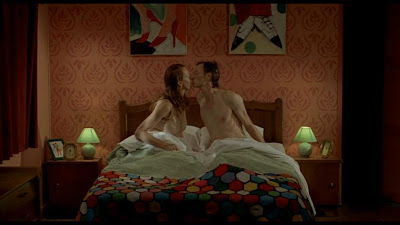 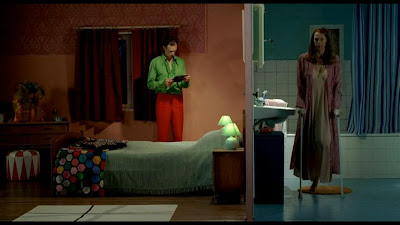 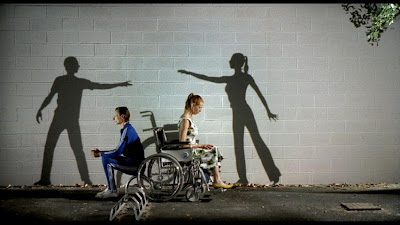 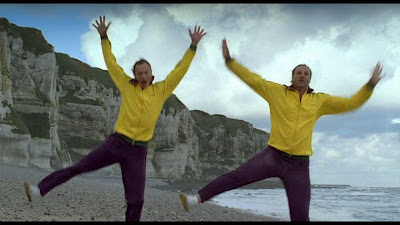 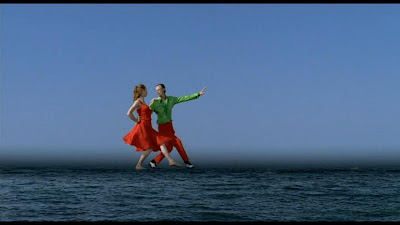 Gojoe (2000 - Sogo Ishii) - It's the Middle Ages and there are demons afoot. At least that's what the soldiers of the Keike clan think. They are fresh off victory over the Genji and eager to bring prosperity back to Kyoto, but each night some of their clan are being slaughtered. The rumours of these attacks get the attention of a former warrior, now turned monk, named Benkei. He's given up his killing ways, but still vows to slay this demon. His own reputation precedes him, though, and some wonder just who the real demon is. The film is actually a re-telling of sorts of the actual battle in the late 1100s between Benkei and young Yoshitsune (Tadanobu Asano). Sogo Ishii's film is thought of by some as a "revisionist" tale, but considering the story has already evolved into legend (via many different interpretations in Kabuki and Noh theatre) and that the film's secondary title is "Spirit War Chronicle", calling it revisionist is somewhat silly. It's a re-imagining. Other legends are mixed into the build-up towards that final battle as well as additional themes that consider man's place within the natural world and the difficulty of determining what is good and what is evil. Ishii does all this in a dream like fashion via skillful swoops of the camera through natural surroundings, quick edits and pulsing music that breathes tension into the entire film. It's quite effective and pulls you into the 140 minute film without it ever feeling slow or rambling. One thing that doesn't work as well, though, were the battle scenes - several long sword fights that lay waste to scores of soldiers with tight zooms and frenetic editing. It matches well with that dream like quality, but doesn't quite provide the power that you might expect or hope for from this kind of blood-spraying carnage. One exception, however, would be the final confrontation on Gojoe bridge. It's a remarkable 10 minutes of sights, sounds and experimental filmmaking that is worth the wait and fits perfectly with the preceding two hours of stage setting. 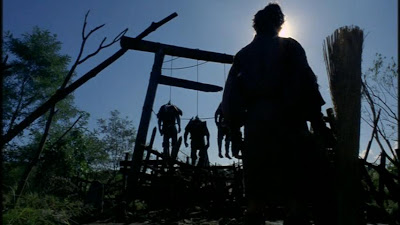 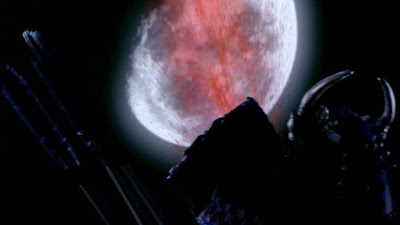 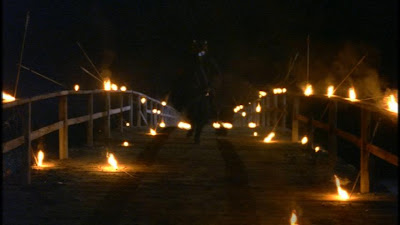 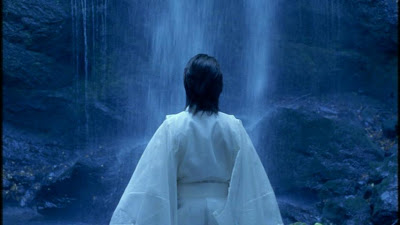 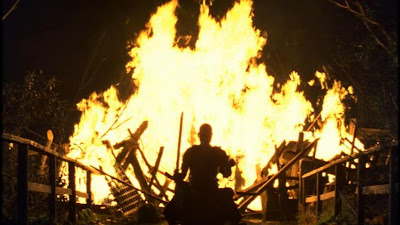 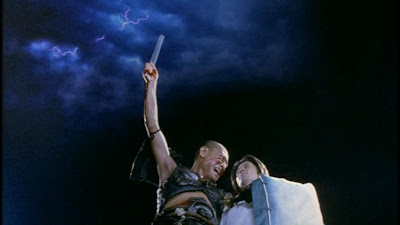 Whos's Camus Anyway? (2005 - Mitsuo Yanagimachi) - Albert Camus' most famous novel "The Stranger" is introduced about halfway through the film as a recommendation for a student actor to better prepare for his upcoming part - a man who one day simply kills an old woman to see what it feels like. The actor's knowledge of literature is somewhat slim as he can't even pronounce the author's name, but he shares more than he knows with both the killer in the story and the killer in the book. It marks a central theme to the film - how art imitates life and vice versa. The movie covers a week in the life of film students working through the pre-production phase of their project entitled "The Bored Murderer". Many production issues arise as the inexperience of the students shows through during team meetings and rehearsals ("does the continuity person need to be at a costume meeting?"). We also get to meet many of the team - the selfish director who thinks directing is "cool", the earnest hard working production assistant, the film geek prop handlers, the flighty continuity girl, the "living in the present" lead actor and the mentoring professor nicknamed Aschenbach ("Death In Venice" reference alert!). It's not the only film reference - there's the obsessive girlfriend of the director who has been dubbed "Adele" (after Truffault's "The Story Of Adele H"), a cafe scene where a student describes what it would be like if they were in a cafe in a Godard movie, an analysis of the number of edits in Mizoguchi films and the requisite lists of favourite movies. The most impressive scene, though, is the single take 7-minute opening tracking shot that winds its way through most of the university campus, introduces all the main players and even contains two characters discussing other films with long opening tracking shots. Since one of the films they mention is Robert Altman's "The Player", it becomes almost a meta-meta moment. That's part of the enjoyment of this film though - these references and the struggles of its characters relate back to how intertwined film can be to people's lives. Particularly in a scene where several students are discussing characters and find similarities with themselves - all the while student musicians are practicing in the hallway providing the music for the scene. All of this leads to the final 10-15 minutes of the film where the team go on location for their first day's shoot - the filming of the murder scene. It's a terrific depiction of a fully committed artist's own view of his work while he is creating it.

In the end, the movie a bit of a love letter to the medium itself. Early in the story the professor and a colleague are discussing how it is interesting that though Kabuki is thriving in the age of the computer, film is nearing extinction. The professor briefly stops and states "It's film's fragility that makes it so dear". 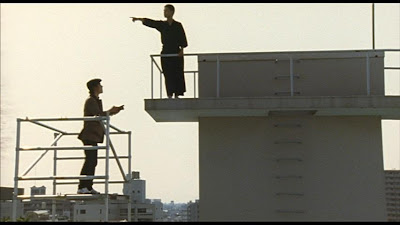 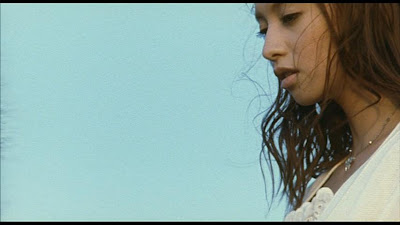 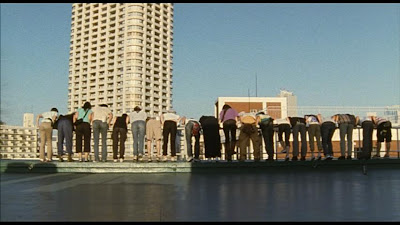 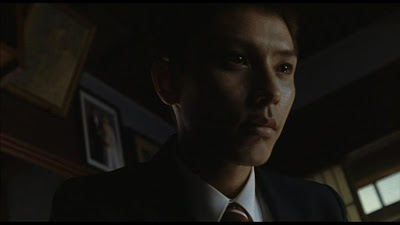 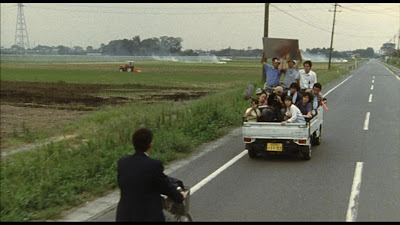 The Thief (1952 - Russell Rouse) - I mentioned this lesser known noir several weeks ago as part of my list of movies that imposed limitations on themselves - in this case, the restriction that there not be a single word of dialog in the entire film. It may sound like it's simply a gimmick, but as a device it works extremely well in building up tension while also enabling Rouse to be creative in imparting his information in other ways. It makes for a taut and very enjoyable thriller. It's also the first feature film for lovely Rita Gam - she doesn't have much screen time nor is she really very relevant to the plot, but boy does she ever make an impression. 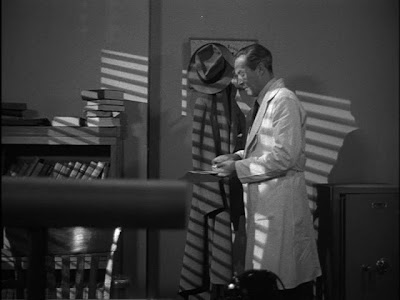 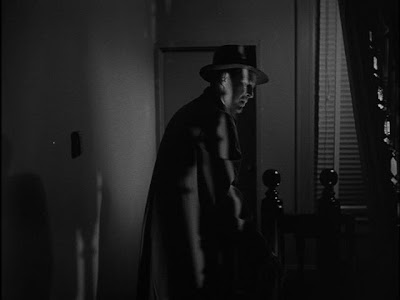 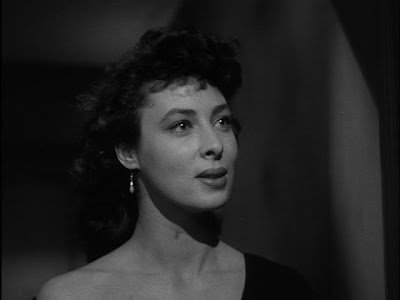 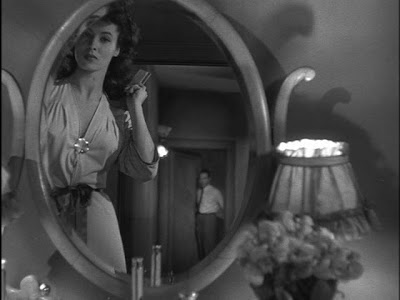 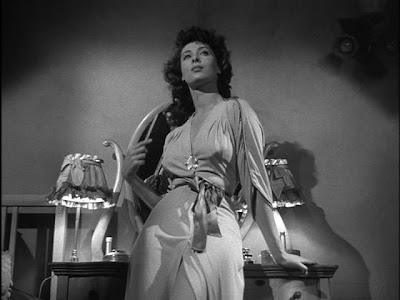 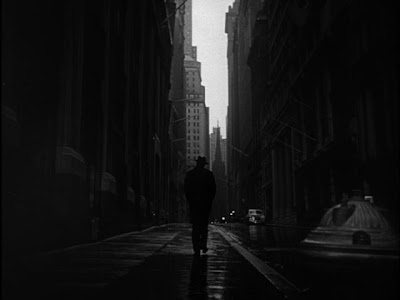 Good to see you back in action. You were gone from the internet ether for a little while ;)

Thank you Castor...That is excessively kind of you to say.

Yeah, my blog has been craving my attention of late and I'm finally spending a bit more time with it. I hope to get back to some form of regular posting.

That opening shot of Who's Camus Anyway? is pretty amazing. I've told several people about it. This is a film that should be better known.

I guess I'll look into Rumba.

Wasn't she though Maya? The pictures don't even quite do her justice since when she moves there's much more seductiveness at play. I thought this was the only thing I had seen her in, but she was also in "Klute" apparently. Did you get a chace to see this at Noir City? It strikes me as something that would've looked great on a big screen...

Agree totally with you Peter. I thought Camus worked quite wonderfully on many levels.