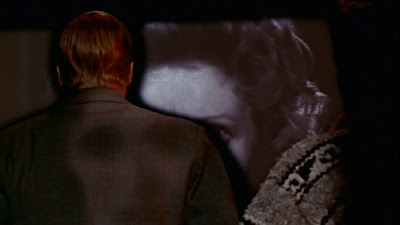 Based on this one single frame, I am now totally curious to see the rest of the film.

It's a beauty. I'm biased towards Michael Powell, but i think it was quite unique in several ways for its time. Granted it's 50 years on now, so it may be slow paced for some - but as you said recently, that can be a very good thing sometimes.

I love this film too. I always think it's odd how Psycho was made in the same year as Peeping Tom, and while Psycho only enhanced Hitchcock's reputation as the master of suspense, this equally brilliant chiller pretty much kiled Powell's career. Hardly seems fair.

Agreed Philip...One of the interesting tidbits in the special features (there's an almost our long doc called "A Very British Psycho" that focuses mainly on writer Leo Marks) pointed out that after Hitchcock saw the reactions by the British Press, he purposely avoided doing any pre-screenings for press for Psycho (which came out 3 months after).

I think there's more to it than that, but don't anyone ever say that Hitchcock wasn't astute...