Sequences Of A Titular Nature #3

Catch Me If You Can (2002 - Steven Spielberg) - Probably considered one of the best title sequences of the last decade, the pastel animation of "Catch Me If You Can" even outdoes the film itself. A fun film to be sure and expertly made, but simply not something that will pull me back for frequent viewings. The titles, however, certainly would. They pretty much lay out the plot of the movie: man chases other man as he moves from one fraudulent career to another. An odd note about the film (or at least the DVD) - it had finally bubbled up to the top of my "to see" list a couple of years ago, but I simply couldn't find a proper widescreen version of it on DVD. Every single video store around me carried the, ahem, "Full Screen" 1.33:1 abomination. I finally stumbled across the proper aspect ratio, but I found it odd that many stores still carry the chopped up version. I suppose you don't see that as much with new releases these days (considering the penetration of widescreen TVs), but many stores just don't bother cleaning up their older titles sometimes. For the screencaps below, I decided to only capture non-titled images - just to make it a bit different than other posts that have focused on this film (and there are many, though start at The Art Of The Title Sequence) and because they really are lovely images that stand on their own. It even managed to get a Simpsons parody (which can be found in the link). 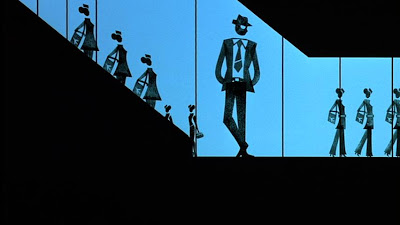 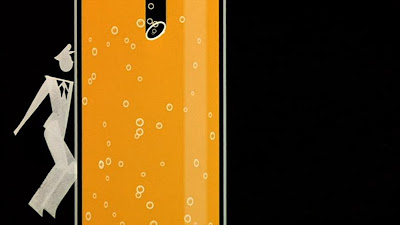 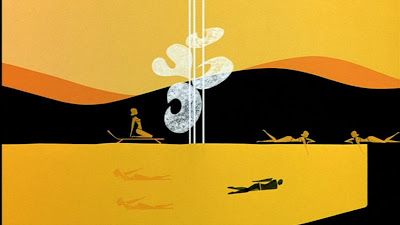 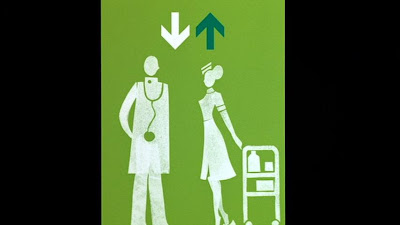 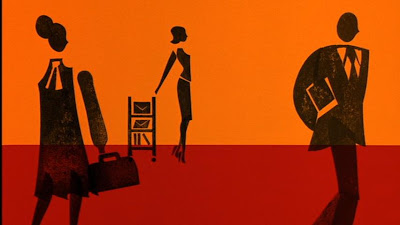 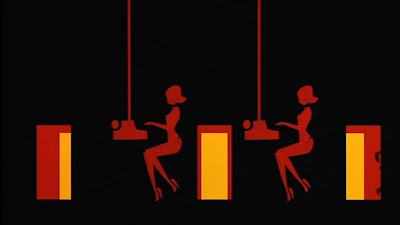 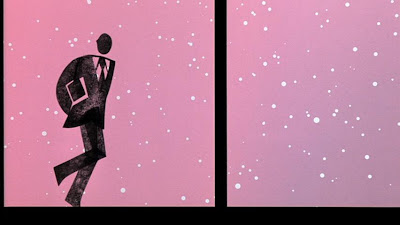 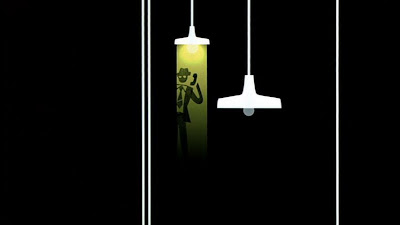 Moon (2009 - Duncan Jones) - I'm one of those that felt that the titles for David Fincher's 2002 film "Panic Room" were definitely the most important aspect of that whole film (as much as I enjoy it, the titles are what people really remember) since it has influenced hundreds of titles since. Pretty much any time you see the titles integrating with their surroundings, I think you can assume some form of debt to "Panic Room" (at least for films of the last decade). In the case of the mini-masterpiece that is "Moon", I love the way the titles work into their surroundings - occasionally throwing their own shadows onto the scene and showing their 3-D selves. 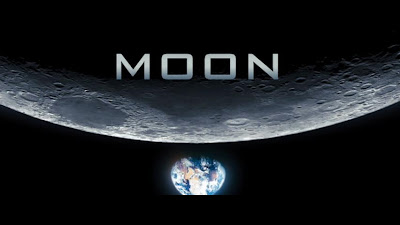 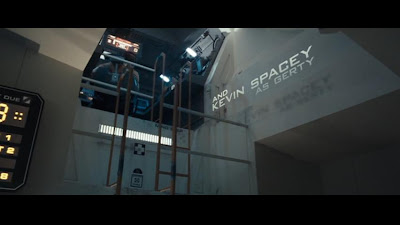 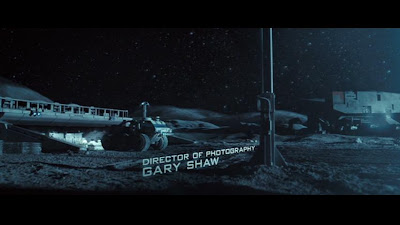 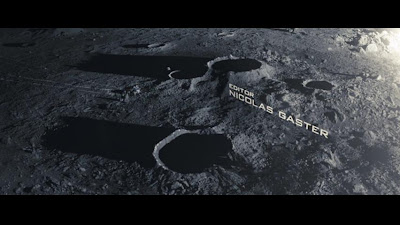 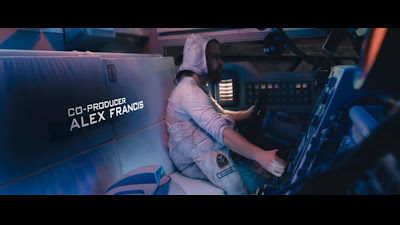 Domino (2005 - Tony Scott) - I'm not a Tony Scott fan. At all. From the excessively dumb (though somewhat entertaining) "Top Gun" to the spastic editing and random film stocks of "Man On Fire" and "Deja Vu", I simply don't enjoy his stories or visuals. I was convinced by several people to try "Domino" though, since they promised it was playing up all of Scott's recent flashy style. It worked to a certain extent - it definitely doesn't take itself seriously and once you get into its rhythms and understand its reality, you can pretty much just roll with it - but it also suffers due to two things: 1) Keira Knightley's performance is overly serious for what the movie needs (and wasn't very good either) and 2) it's just too much at times. I don't mind movies packed with complicated plots, twists and turns, visual tricks, etc., but "Domino" throws it all up on screen and it frankly becomes a bit boring at times. I know that sounds like I've just contradicted myself there, but in this case "too much = kinda dull". Still, it's probably my favourite Tony Scott film (and yes, I've seen "True Romance"). It has a spiffy set of titles though, and it's probably the most consistent portion of the whole film. 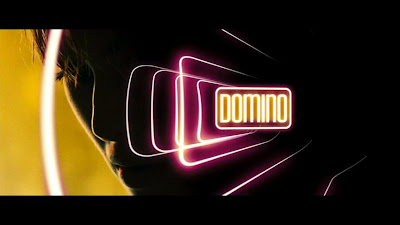 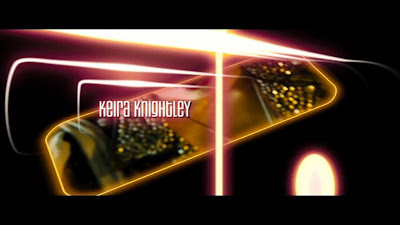 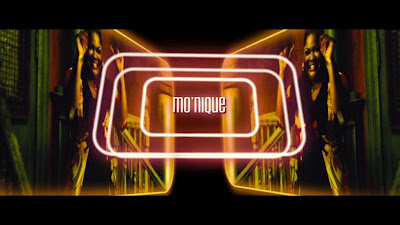 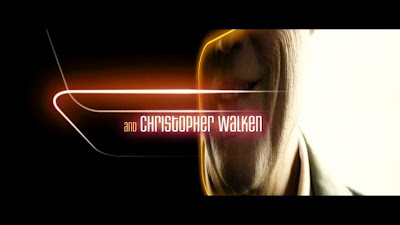 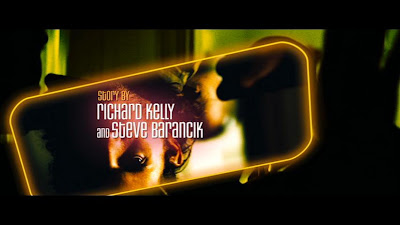 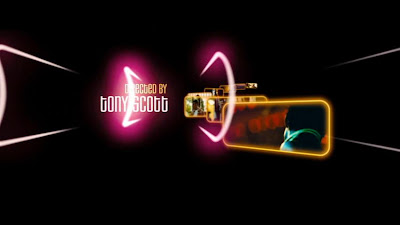 Ponyo (2009 - Hayao Miyazaki) - Miyazaki's most recent film starts out in gorgeous fashion with an opening scene underwater which is complete with jellyfish, rainbow coloured domes, all kinds of aquatic life and our title character (with her hundreds of tiny siblings). For its titles, though, it switches to these lovely almost childlike drawings. Still colourful, but giving more of a child's perspective of the sea and its teeming life. This fits perfectly with the point of view of the film and also fits with the rather strong ecological position of the story. A wonderful, sweet film and also one of Miyazaki's funniest. 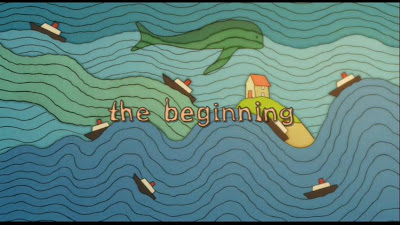 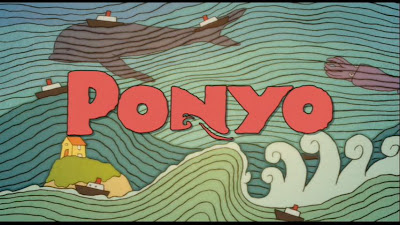 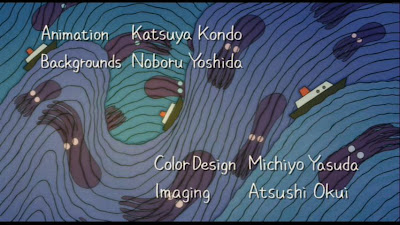 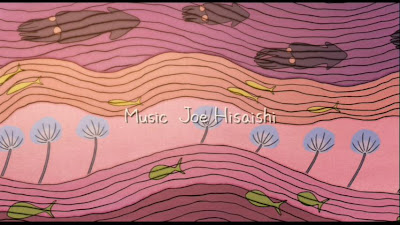 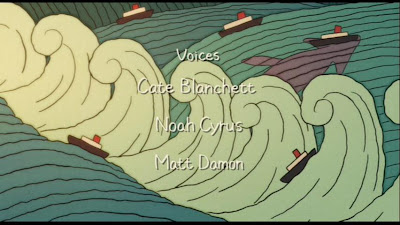 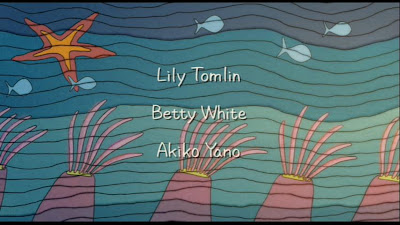 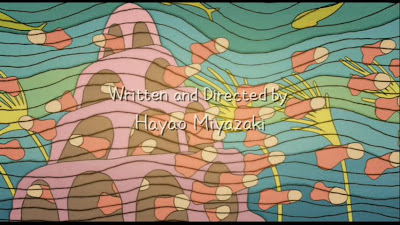 Wow, Ponyo looks completely different than I would have expected! I love the old school feel to it.

Wow, this is really making me want to see Moon. It's on the way from amazon to my hot little hands. Such a great film.

Dangnabit. That sequence of Domino makes me want to see it. Sigh. I really thought I could have safely written that one off by my curiousity is getting the best of me!

The style of animation for the credits of "Ponyo" is totally different than the rest of the film. Everything outside the titles is the "typical" Miyazaki style - I captured a bunch of other images, so I should probably post them to show the contrast.

I wouldn't necessarily tell you to avoid "Domino", but I wouldn't really encourage you to bump it up your priority list. It's OK as long as you look at it as almost a parody of Scott's recent schizo style. I don't know if he meant it that way, but that's the only way I can make it work for me.

Some great title sequences there. Really love the Catch Me If You Can one with the retro feel.

Shannon you must see Moon. It really is a special little film. Watch that as soon as you get it.

I saw Moon in the theatre and loved it, I was just excited to see it again (which I have now, several times).

Surprizingly, also tried out Domino and quite enjoyed it. A mess a lot of the time, but also a lot of fun. I might even... buy it... weird!

Thanks for stopping by Jay - spiffy site you have as well (added you to blogroll and feeds).

Glad you liked "Domino" Shannon. It never quite worked for me overall, but I didn't hate it. If I owned the DVD, I would have given it to you...B-)

Cool thanks Bob. Just got into the blogging scene and having a blast so far. Love the site.

Looking forward to more of your posts Jay - there's always room for an interesting and creative voice.