Scribblings Of A Random Nature #17 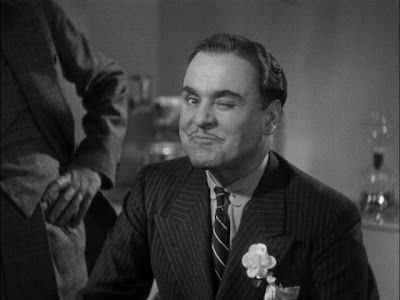 Right back at ya big guy...


The Glass Wall (1953 - Maxwell Shane) - As far as I can tell, this film is typically considered a minor Noir, but can anything with Gloria Grahame really be called minor? She's fabulous as always, playing the down-on-her-luck girl who stumbles into helping a newly arrived stowaway after he initially saves her from being caught after a minor theft. Though called a stowaway, Peter had actually arrived in New York City with the intent on finding his friend (a soldier whose life he saved during the war), but isn't allowed off the boat because he doesn't have a passport. He escapes thinking that it should be easy enough to find his musician friend in order to get sponsorship. After all, how hard could it be to find a clarinet player in Times Square? The story loses steam a couple of times when it switches to following his musician friend while he tries to decide between auditioning for a gig (with famous trombone player Jack Teagarden) and going to the police to speak up for his buddy who is now the subject of a city wide manhunt. There are also several moments when things could easily have all been straightened out, but due to several good chase scenes, splashes of lovely cinematography and, yes, Ms. Grahame, you can easily forgive the shortcomings. 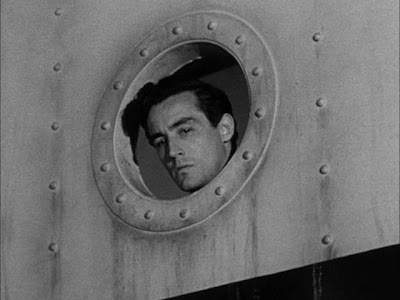 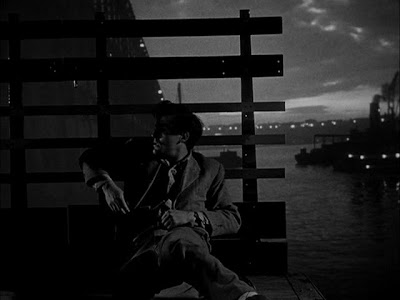 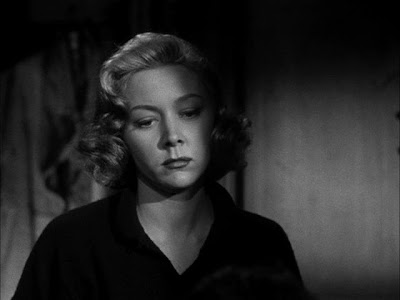 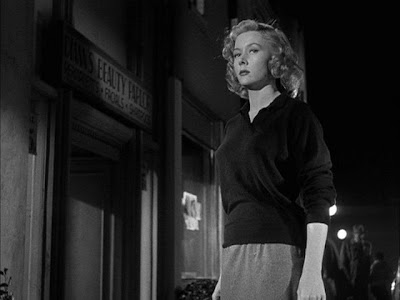 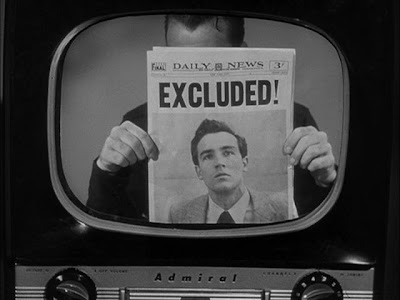 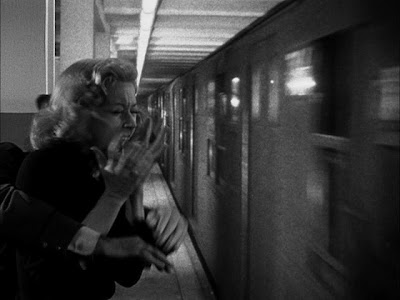 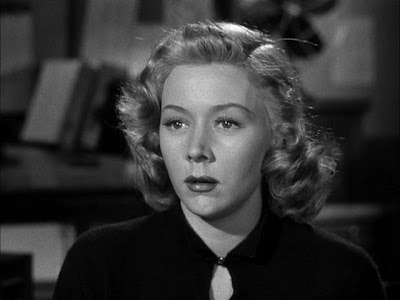 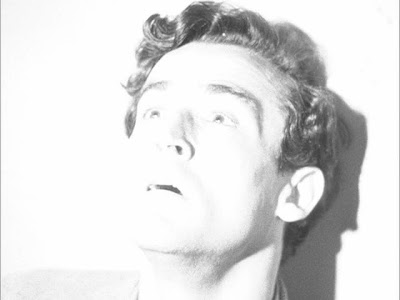 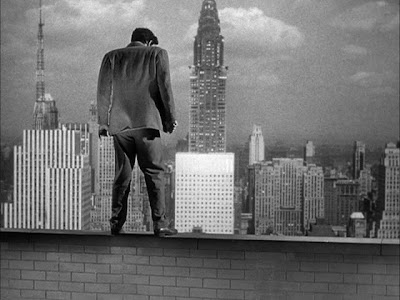 If You Could Only Cook (1935 - William A. Seiter) - The first of four films from the Icons of Screwball Comedy Volume 1, this Jean Arthur/Herbert Marshall vehicle doesn't measure up to the classics of the genre (it's terrible title sure doesn't), but managed to keep me smiling for a good part of its rather too short running time. Arthur plays a down-on-her-luck woman (what, another one?) who's scanning the job listings on a park bench when Marshall's rich executive happens to sit next to her. He's just stormed out of his office (he's head of his own car company) after the Board refused to take his new designs seriously. She mistakes him for being out of work, offers him some pages from the Want Ads and they somehow come up with the idea of teaming together as a butler and cook so that they can find a decent job with a room. He's more than willing since he's been looking for a change (and looking for a way out of his upcoming nuptials to a society girl), but he still sneaks out of their room at night to head back to his home. It's nowhere near perfect and hits some bland moments, but when Arthur and Marshall are one-on-one it's quite snappy. There's an ease in their rapport that allows you to buy into the whole plot and be perfectly happy knowing ahead of time the obvious outcome. I also give the movie credit for being at least fairly original in the method that Marshall's character gets extracted from his wedding. The final rush to end the film, however, feels really tacked on (or perhaps chopped off?) as it should have stayed with the two lovebirds for at least a little while longer. 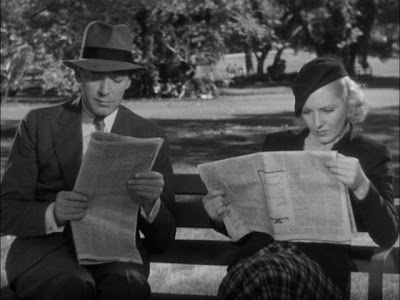 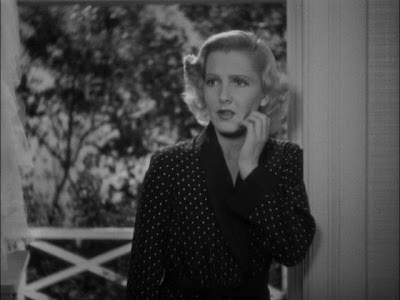 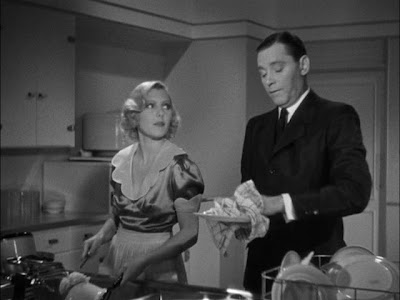 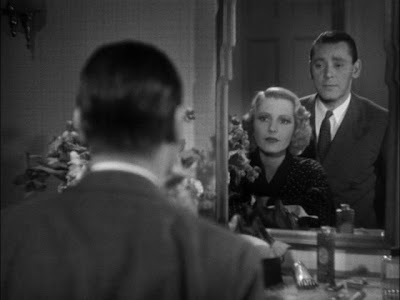 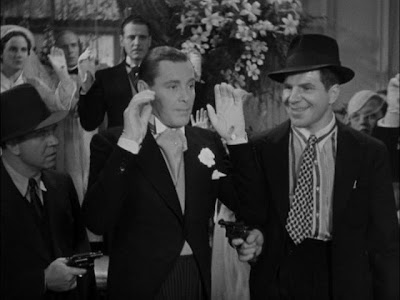 The World According To Sesame Street (2006 - Linda Goldstein Knowlton, Linda Hawkins) - This documentary on how Sesame Street brings its philosophies of teaching to other countries begins rather slow, but it builds into quite a lovely and even moving piece about some vastly different issues that other areas of the world have when it comes to educating their children. The film settles on following the implementations of three separate instances of new versions of Sesame Street in Bangladesh, South Africa and Kosovo. In Bangladesh, many children must leave school at an early age in order to work for their families who suffer from crushing poverty. Meanwhile, South Africa struggles with similar issues, but is also greatly impacted by the spread of AIDS across all segments of their population. The film touches briefly on some of the American reaction to the creation of a Muppet who has AIDS - and yes, the responses are as stupidly ridiculous as you might expect - though these were obviously the far end of a spectrum. In Kosovo, the issue is the constant battles between Albanians and Serbians - how do you avoid a new generation of racism when the adults can barely speak to each other? There's a short segment where a lovely young Serbian girl is being interviewed and is asked whether she would like to understand how Albanian kids live. She answers no and is asked why she doesn't care to know. Her rather heartbreaking answer is a simple "Because they're Albanian". The film does offer hope, though (and perhaps a bit too much rhapsodic reverence to Sesame Street itself), and the final montage of children from all over the world watching their versions of the show with the title tune being played on sitar and tabla is truly beautiful. 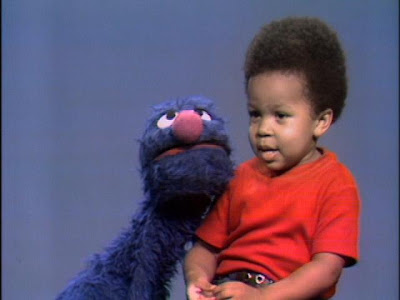 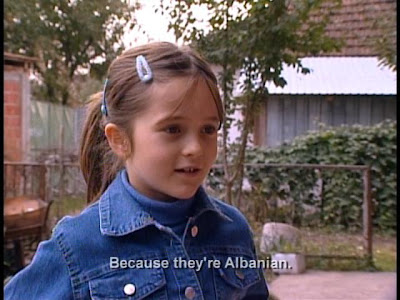 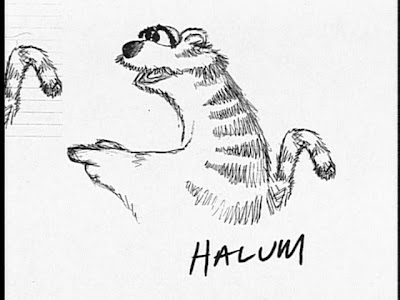 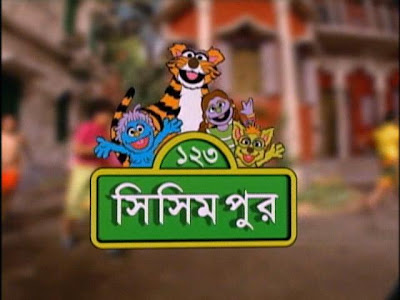 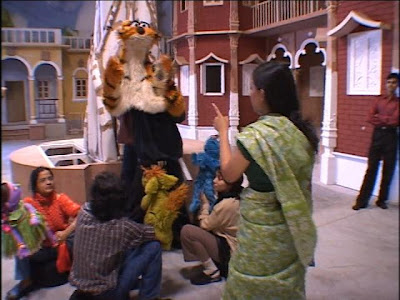 Murder Inc. (1960 - Bob Balaban, Stuart Rosenberg) - It wasn't until just now as I started writing this that I discovered that Peter Falk got nominated for a Best Supporting Actor Oscar for his role here as a hired killer. It makes perfect sense since my feelings toward this movie are totally based around him - when he's on screen things are good; when he's off screen things are less good. Its Black and White photography has that shadowy Noir feel to it (even though it was released just outside what is typically considered the main period for Noirs) and it doesn't shy away from some of the darker moments of its plot (which is apparently based on a set of real crimes). The story is a bit more of a straight crime drama, though, and doesn't fare as well when it focuses on the kingpin of the syndicate and a young couple that gets pulled in over their heads. Falk disappears for a part of the middle section, but when he's around for the opening and closing portions, he makes things crackle. He's affable and engaging - until he needs to exude his control. His flipped switch change to a quick and brutal thug is totally believable. Bonus: a wonderful performance by Sarah Vaughan - my goodness that lady had a voice... 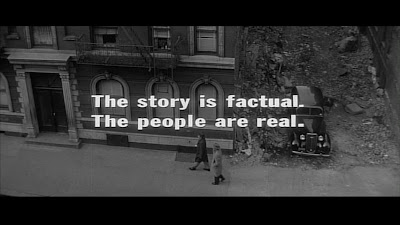 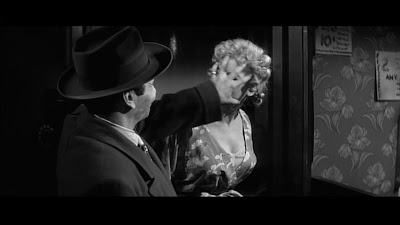 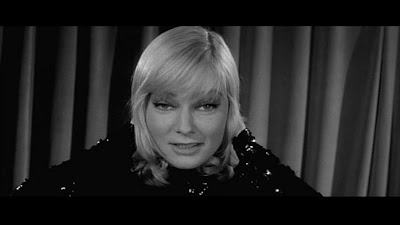 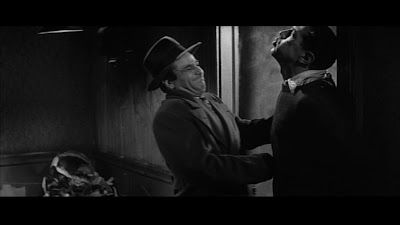 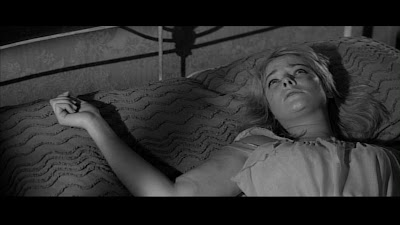 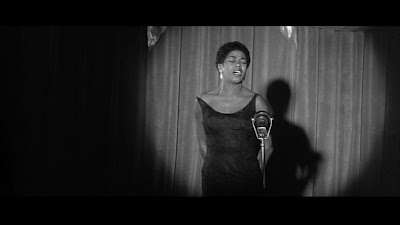 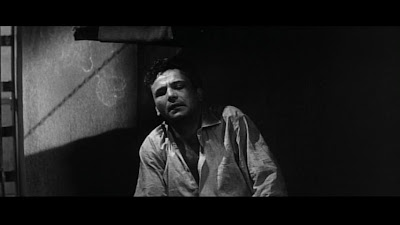 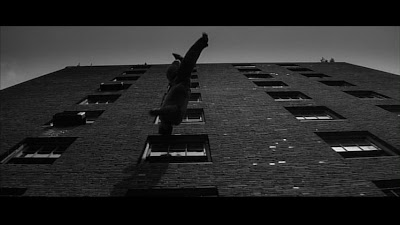 Have you seen It Happened In Brooklyn? It's a terrible Frank Sinatra vehicle from 1947, but Gloria Grahame has a wonderful, hilarious cameo at the beginning of the film.

The cinematography for Murder Inc. looks very sharp and compelling, and not just in the noir atmosphere. And yes, Sarah Vaughan was killer!

Hey Jamie! Nope, I have not see that particular musical, but it is on my list...It would plug a nice hole in my Grahame viewing - I've seen most of her films from '44 to '52 (and a couple from '53) except for that one and "Without Love". Thanks for the tip!

I just happened to go look at TCM's schedule (I haven't checked it for a few weeks) because of a Facebook update noting they had some crime films tonight...And you know what they showed earlier today at 2PM? "Without Love"! Go figure...Dang, I coulda knocked another one off the list...

Fancy the content I have seen so far and I am your regular reader of your blog.

I am pleased to see my blog in your blog list.

Hope to see a positive reply.

Thanks for visiting my blog as well !

Waiting for your reply friend !!!!!