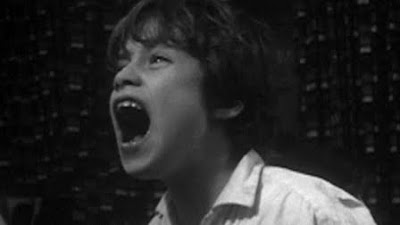 On the 1 year anniversary of his death, the Eclipse label has announced a set of 5 films by Canadian filmmaker Allan King. He passed away last year at the age of 79 from cancer after having put together a remarkable 50 year career of 44 credits in TV and film. He's won buckets of awards, had retrospectives at major film festivals (including Toronto in 2002) and also received the Order of Canada.

He's best known for his cinema verite style documentaries which he termed "actuality dramas". In his words, these films capture "the drama of everyday life as it happens, spontaneously without direction, interviews or narrative". The Eclipse collection will parcel up 5 of his better known films from this style from both ends of his career - three of his older features (Warrendale, A Married Couple and Come On Children) plus two of his more recent features that made an impact (Dying At Grace and Memory For Max, Claire, Ida And Company). 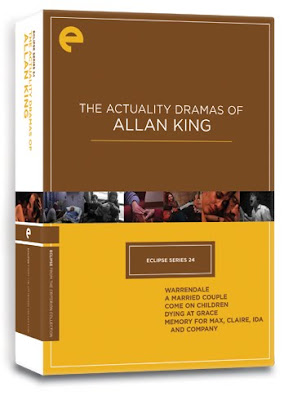 Though I'm pretty sure the Hot Docs Film Festival have shown all of them in the last few years, I've still yet to see any of these titles. As I look to plug holes in my knowledge of Canadian cinema (and there are plenty of holes), Allan King has remained one of the biggest. This was especially reinforced once I started going to Hot Docs - his influence was felt far and wide across the spectrum of documentary filmmaking and when other filmmakers spoke of him it was with the deepest of respect. I have actually seen a bit of footage from "Come On Children" since the recent documentary on the band Rush showed a clip of guitarist Alex Lifeson (then called Alex Zivojinovich) from the film when he was a mere teenager. He was part of a group of 10 young people who went to live on a farm for 10 weeks to explore their views and issues with the establishment and their feelings about the future. 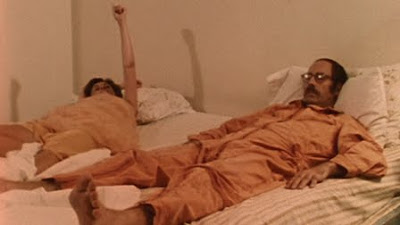 Looking at his web site, you can see that he worked through different stages of life via his own films in almost chronological order. Though he directed many episodes of TV and even made fictional films, these life stage films are the sole focus of this announced set. The most recent films of the five are both about the process of dying - one follows 5 terminally ill cancer patients through their final months and the other documents several patients in a geriatric home who suffer from dementia and memory loss - and his last (unfinished) film was titled "Endings".

I'm thrilled that King is getting this set. Not only because all 5 of these films have long been on the "to-see" list and sound intriguing and thought-provoking, but because it will raise further awareness of a man and a career that has already influenced so many. My expectation is this release will provide even further inspiration to an even wider group of artists. 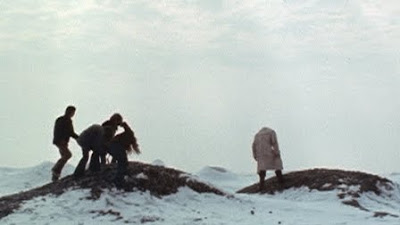