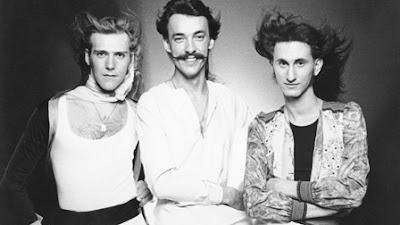 The two images here are apropos for a discussion of the latest musical documentary by the team that brought us "Metal: A Headbanger’s Journey" and "Iron Maiden: Flight 666". In this almost 2 hour journey through the 35 year recording career of Rush, we see how their sense of humour really shines through. Whether it’s appearing in the film “I Love You Man” (bottom photo), making a rare TV appearance on “The Colbert Report” or looking back at their old publicity shots and admitting they didn’t know much about fashion, the trio enjoy not taking themselves too seriously. I had a great big smile on my face the entire length of this film – from the early live footage with drummer John Rutsey to the closing credits dinner between the three bandmates. Granted, my bias is showing. I love this band. They meant a great deal to me as a teenager and still do to this day. It’s actually a good thing that there is currently an embargo on full reviews (until the theatrical premiere on June 10th) because I’m not sure I can quite express my genuine feelings about the film yet…

If you are a fan of the band, you will adore this film. There is a veritable plethora of old film and photos that I would expect even the most hardcore fan has not seen (including a scene from an old Allan King documentary entitled Come On Children with a very young Alex Lifeson telling his parents he doesn’t want to finish school). For those who aren’t big fans, there is still a great deal to like since the band’s story arc is always engaging, the incorporation of the many photos and graphics is extremely well done and the various testimonials of other musicians are very entertaining. And the music is, if I may be allowed a small fanboy moment, awesome. 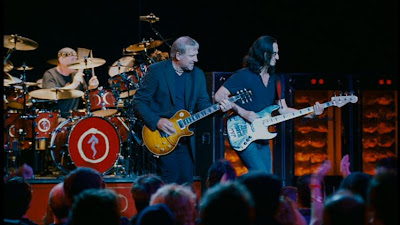