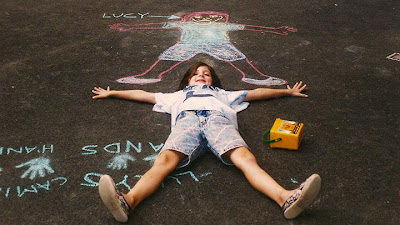 Director Doug Block ("51 Birch Street") is an obsessive documentarian. He seems to have endless footage of his daughter throughout her life - following her around, asking her questions - and continues to add to the archives as she prepares to leave for university. She's becoming less and less thrilled with the idea, but he just can't seem to stop. His little girl isn't just moving on to another chapter of her life...She's leaving. And he's not quite ready for that.

Can any parent really be ready for that though? I guess you can prepare and come to an understanding of your nest emptying out, but can you really be ready? In order to explore that question (and attempt to work it through for himself), Block uses his old footage of his daughter (starting around age 4) with its snippets of long conversattions about what she wants to be when she grows up and intersperses it within current day chats and other "home movie" moments. His daughter Lucy (now 17) is working her way through the last year of high school, spends more time with her friends, has found a boyfriend and doesn't quite want to spend as much time in front of the camera as she used to. Block persists though. 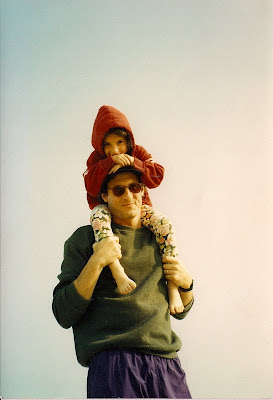 If it sounds like Block is being a bit selfish and might end up pushing his daughter a bit further away from him during her last months, you'd be right. But the film is such an honest document of his take on fatherhood, his experiences with his daughter and his hopes for her, that you can't blame the guy. He wants to preserve these last little bits of time with her and he wants to understand her. He provides us with a portrait of a young girl growing into a woman and its lovely to see the little unique characteristics that remain over time and others that have been suppressed or even completely shed. Though just about the entire film is from Block's viewpoint behind the camera across the last decade and a half (with a few snippets of him being filmed by others), it's never boring. Each flashback to the younger versions of Lucy helps us see the current day one to a greater extent.

Block's wife is much more practical about their child's imminent departure. She challenges him on why he's doing this in the first place and provides sage advice for how to handle his remaining time with Lucy. However, she faces her own hurdles about half way through the film in an unexpected turn of events. Block seems to handle the changes with his wife much more easily than those with his daughter. As a parent, he seems to stumble along - just like pretty much every other parent I know - and eventually finds his way. Lucy isn't the only one who is growing up here as indicated by the plural term in the film's title.

The emotion of the film is well-earned, though I admit that being a parent myself probably boosted it somewhat. You simply cannot help but imagine yourself in Block's own situation. You'll find yourself dropping in your own child's old home movies while putting together your own history. At some point I'll be in Block's shoes as my own son gets older and I can't wait to see what he'll become over the next few years. But I'm also not in a rush...
Posted by Bob Turnbull at 23:56