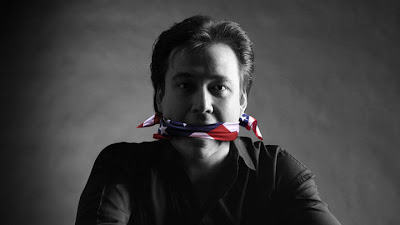 AMERICAN: The Bill Hicks Story (2010 - Matt Harlock, Paul Thomas) - Like many people (at least two thirds of the audience at the screening of this film for example), I missed out on Bill Hicks' entire career while he was alive. My introduction to him was via the liner notes to the album "Aenima" (1996) by the band Tool which was dedicated to him and released shortly after his death by pancreatic cancer at the age of 32. Hicks was the type of stand up comedian who had opinions - strong opinions - and he built up a dedicated following who appreciated his philosophies. He railed against what he saw as injustice, the mediocre, the irrational and the plain stupid. The documentary traces his arc from a teenage school clown through his early stand-up performances in Houston (where he was too young to legally be admitted to the club) and then on to the larger clubs, TV appearances and wider recognition at comedy festivals (the Montreal Just For Laughs fest was a big turning point for him) and in Europe (particularly England). The documentary mostly tells his story through old clips as well as many photos that were used in a sort of animated collage form. You don't actually see the talking heads of the people from his life (who do much of the narration) until the last 10-15 minutes of the film. Some people weren't enamored with this approach, but I felt it really focused the story on Hicks. Whether you agree with his stance on the wide range of topics he covered (and there is bound to be something he did or said to offend most people), he had razor sharp timing, cutting barbs and many insights. Anyone who can deliver a comedy routine and use it to encourage the use of logical thinking in our children is OK by me. 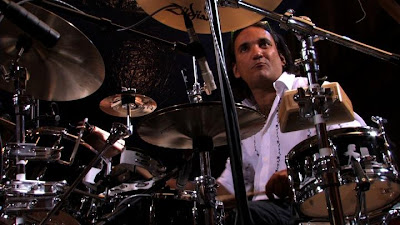 A Drummer's Dream (2010 - John Walker) - The drummer's dream of the title is initially wrapped around the idea that Nasyr Abdul Al-Khabyyr had of bringing together some of the best drummers in the world to a remote summer camp to teach and inspire other student drummers. So for a whole week, in Northern Ontario, Al-Khabyyr gets to hang out with Dennis Chambers, Kenwood Dennard, Horacio “El-Negro” Hernadez, Giovanni Hidalgo, Mike Mangini and Raul Rekow (people who have played with Santana, Miles Davis, Tito Puente and many others) and realize his dream. As it turns out, his dream was shared by many others too...The students have the time of their lives learning at the feet of these experienced musicians, the pros themselves find the camp to be a revelation and the audience in the theatre are treated to some astounding drumming. As many tricks as they show off (Mangini's incredibly fast rolls, the multiple different time signatures being played at once, Dennard's voice/drum/keyboard mix, etc.), these guys never lose sight of the musicality of what they are doing. Their passion for what they do is contagious and it makes you wish you had attended the camp yourself. 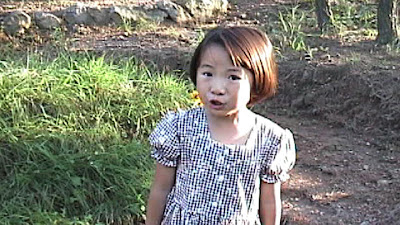 Sona, The Other Myself (2010 - Yang Yonghi) - Director Yang is the daughter of South Koreans who were brought to Japan under colonial rule and managed to keep their identity through strong pressure to assimilate. As she and her three older brothers grew up, her father began to look to North Korea as the fatherland and when the boys were of age (14, 16 and 18), they were sent to live there while she stayed behind with her parents. During her many trips to see her relatives in North Korea, she began to document the life of her niece Sona as she grows up in this isolated society. Yang and her parents have been sending care packages to their family on a very regular basis (which included food, hygiene products and even medication for her one brother's depression) while the government preaches singular devotion to its leader and a message of being a just society. Restrictions start creeping in, though, and soon the packages have to become smaller, they must watch pro-government celebrations before even being allowed to see their relatives and eventually Yang even gets barred from returning (her previous film "Dear Pyongyang" was not appreciated by those in charge). Her access blocked to her growing niece, Yang is left to wonder how she will develop cut off from the rest of the world - will she become headstrong like her aunt or fall into line like her father and uncles and their wives? North Korea continues to be a fascinating part of the planet, so any glimpses of it are always welcome. 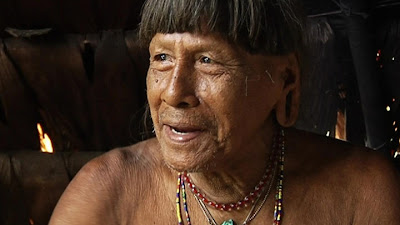 Eyes Wide Open - Exploring Today's South America (2010 - Gonzalo Arijon) - Starting about ten years ago in South America there seemed to be a trend of electing fresh, new leaders to combat the "old school" regimes on the continent. Arijon bounces between some of the major countries in the region to track whatever progress may have occurred over the past few years, but delivers an unfortunately dry and scattershot film. Even with its obvious political slant and bias, it's actually somewhat refreshing to see a very different view of the political landscape in the region. Using Eduardo Galeano's book "Open Veins of Latin America: Five Centuries of the Pillage of a Continent" as a main source, the film postulates that these new leaders were combating decades of economic exploitation by European and U.S. interests. In the past decade Bolivia has nationalized its hydro-carbon resources and Argentina has turned around an economic collapse, whereas Brazil has question marks all around it due to accusations that its new leader is now working within the system instead of against it. It's hard to find some footing if you aren't already familiar with the history of the area, though, and what is provided is not given enough context or shown in an engaging manner. Also, I couldn't help seeing the agenda of the doc get somewhat in the way of providing a clear view of what lies ahead for the individual countries. Having said all that, I wouldn't mind seeing it again with a bit more knowledge of some of the political history. The topic is and should be of great interest to all. 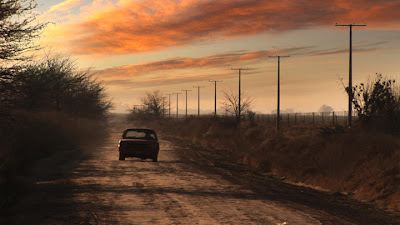 The Peddler (2010 - Eduardo de la Serna, Lucas Marcheggiano, Adriana Yurcovich) - Daniel Burmeister lives from job to job peddling his wares. He moves from one village to the next offering his services to the locals in exchange for food, board and whatever else is available. He typically has little trouble in convincing the village leaders that what he provides is valuable, so he seems to manage even though his car is falling apart bit by bit and he typically has to improvise each and every time. His service? In the standard month long engagement, he produces, directs, films and edits a feature length movie starring the townspeople and screens it for them. He reuses scripts and essentially continues to remake the same stories over and over again, but every town has its own issues so he's always ready to tackle something new. For the people who live there (the film focuses on one single project in a village from start to end), it's a chance to be up on screen as part of a record of their community. Burmeister faces lots of challenges every day, but getting people to help and volunteer to be in the movie isn't typically one of them. The final product is pretty much what you would expect, but the joy it brings the people involved is worth the price of admission.
Posted by Bob Turnbull at 18:31