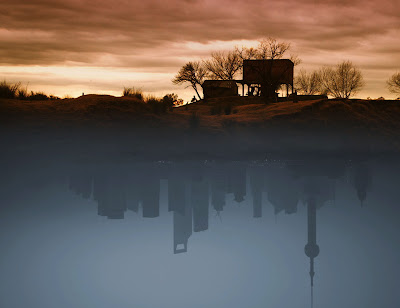 Narration is a difficult device to use in filmmaking. The adage has always been to "show" not "tell". That rule is usually given a bit more leeway when it comes to documentary filmmaking, though, due to specific needs to impart information or put across very specific views. This is even more likely when there's not a talking head to be found. However, the makers of "¡Vivan las Antipodas!" decided early on that they would forego all commentary over top of their footage. Instead, they simply do a great deal of showing. Anyone chattering over the gorgeous imagery of 4 different sets of the planet's antipodes (ie. locations on Earth that are on the exact opposite sides of the planet from each other) would've been tuned out anyway. Not only is commentary not required during the languid comparisons of life and environment between the antipodes, but you probably wouldn't even have noticed the narration due to being so enveloped by the scenic beauty and the unique presentation. Director and cinematographer Victor Kossakovsky has not only taken great care in choosing and framing his landscapes (Russia's Lake Baikal is stunning to say the least), but has also taken delight in playing with transitions between scenes and locations - using tricks like rotating cameras upside down and visually rhyming his edits. It provides a joyful sense of connection between locations and, even while pointing out some great disparities, ties the entire planet together. 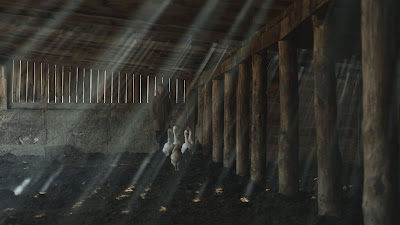 Before defining in text the term antipode (and listing the eight locations), the film opens with a quote from "Alice In Wonderland":

"I wonder if I should fall right through the Earth! How funny it'll seem to come out among the people that walk with their heads downwards! The Antipathies, I think...


Initially, it seems that perhaps "anti" is indeed the proper prefix for these opposite locations. The first pair of antipodes are the massive city Shanghai, China and a remote spot in the province of Entre Rios in Argentina. The construction of a makeshift bridge by the two brothers who live next to it (and who collect tolls from those who wish to drive over it) is contrasted with the huge building projects in Shanghai. But as the film continues with its comparisons and contrasts - lambs being sheared in Chile versus running around the hillsides in Russia; a single car crossing that wobbly bridge in Argentina to the streams of traffic in Shanghai - you start seeing a whole lot more commonality. Sometimes it's in the landscapes, but more often within the way people live and relate to each other. 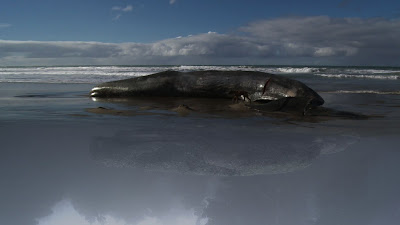 One of the best tricks used by Kossakovsky to imply this is the edited reflection of one location in water to be that of another. My favourite of these is the most subtle - the reflection of a beached whale in New Zealand to a large rock teaming with insect and reptile life in the hills of Spain. The film also sometimes replaces the soundtrack of a location with its opposite and it's not always immediately obvious. The most memorable of these moments happens in Botswana where the children, animals and adults of a community seem to be milling about, playing and dancing to Hawaiian music. It fits wonderfully. That same scene provides another exquisite moment: the setting sun's rays reflecting off the beach in Botswana slowly begin to glow red off the sand and look for all the world like lava is rising through the ground. The edit to encrusted lava on the big island of Hawaii isn't even required (though a later one between the cooled black lava to an elephant's hide is remarkable).

The scenes of wildlife and the truly stunning landscapes will rival any of your favourite PBS nature documentaries and are filled with creative angles, shifting light and textures and patterns that emerge slowly. The long spells we spend in certain locations truly give an appreciation of a variety of lifestyles - the solitude of Chile and Russia; the communities of Hawaii and Botswana and the natural surroundings of New Zealand and Spain. It's pretty amazing to see a single film that embraces that vast diversity of the planet while also showing its many similarities. 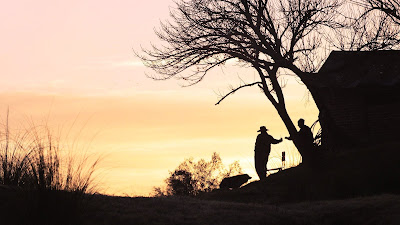