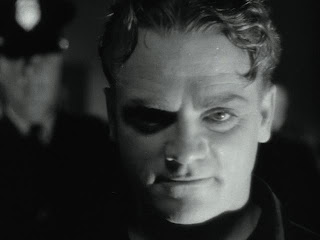 This month's blind spot post is easily the most obvious pairing of films I've done so far. Though a good 11 years separate the release dates of these two key representations of the gangster genre of the '30s and '40s, their commonalities far outweigh their differences. Each pairs characters on opposite sides of the law (the moral kind as well as the criminal code) and are directed by masters of pacing and snappy storytelling. Each suffers from some similar problems as well (minimal use of the tiny set of female cast members, too much time spent with extraneous characters, etc.), but they both rise high above any small potato issues and build to rousing iconic finales. 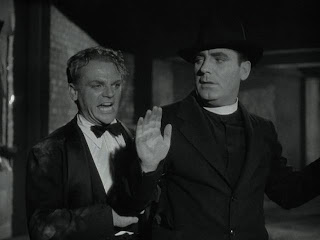 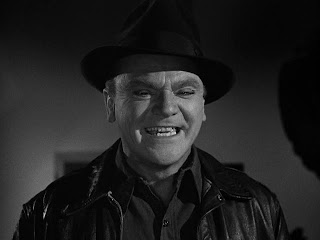 The great James Cagney (who just seems to become greater every time I see him) plays the heavy while a pair of O'Briens take on the respective righteous roles in both 1938's "Angels With Dirty Faces" and 1949's "White Heat". While Cagney flexes some of his trademark mannerisms - at least those on which latter day mimics focused like his rolling shoulders in the former and his lower lip biting in the latter - his real life chum Pat O'Brien plays nice as a childhood friend turned priest trying to reform him in "Angels" and then Edmund O'Brien takes on the role of an undercover cop trying to infiltrate his gang and bust him in "Heat". Both play out as morality tales, though the former bounces a bit more between styles as it hits period comedy and melodrama along with its gangster roots. Fortunately, Michael Curtiz is at the helm and he manages to meld all the styles with relative ease and very few slow moments - which makes sense for a director that has worked in pretty much every genre. Raoul Walsh tackles the duties behind the camera for "White Heat" and grounds the film in the crime and police procedural form with many Noir touches. 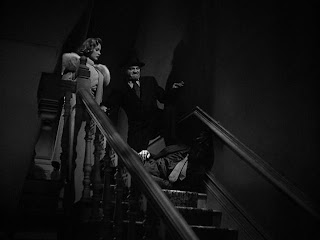 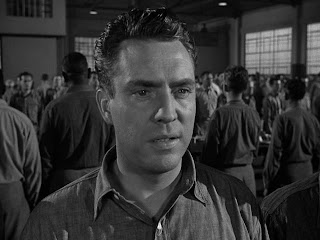 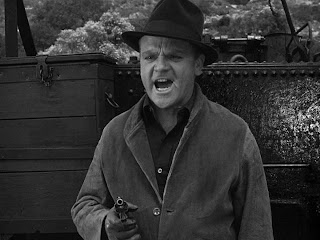 "White Heat" is easily the darker of the two films wasting little time before getting to its first heist (of a moving train) that concludes with several casualties - all at the hands of an obviously ruthless gang leader named Cody Jarrett (Cagney). He feels he has no choice but to remain tough (not even paying any mind to having one of his own men killed) as he feels he could easily lose control of the gang. His beautiful blonde wife (played in wonderful greedy fashion - though not given nearly enough to do - by Virginia Mayo) has even fewer scruples than he does and could side with one of Jarrett's henchmen at the slightest sign of weakness. Jarrett is also fighting debilitating headaches that force him to become even tougher in order to prove to the gang that they don't effect him. Word is he used to fake the headaches as a child just to get his mother's attention, but now they've become real. Fortunately for Jarrett, his mother is still present to comfort him and advise him on how to remain leader and always strive for more ("Top of the world!" she counsels...). She just might be the toughest nut of the bunch. After being tracked by the cops, Cody plays it smart by confessing to a much lesser crime in a different state to avoid being charged in regards to the train heist and the murders. At this point, the police can only try to get to Cody from the inside and dispatch long time undercover agent Hank Fallon (O'Brien) to get close to him during his prison stretch. The plan succeeds, but a little too well as Fallon gets pulled into a group breakout. Cagney is truly superb throughout the film - whether he's playing tough, turning on some charm or playing mama's boy - but he isn't the only strength on display. The plot moves sharply and even the procedural elements of a group of police cars tailing Ma Jarrett is pretty exciting. The rest of the gang members don't get much play, so you never quite get the feeling of a true criminal team, but that's OK since it's all about the mother and son team. Ma even ensures that Cody gets his slice of any robberies the gang pulls off while he's in jail. 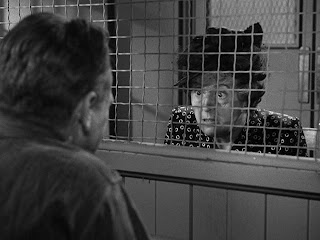 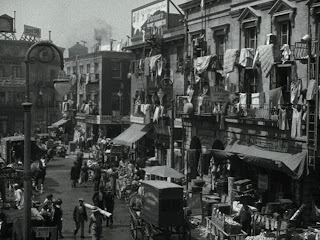 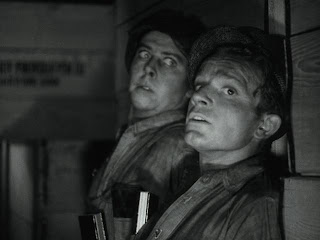 There's less of these completely ruthless streaks occurring among the characters within "Angels". As the film opens over the teeming city streets (including fantastic detail and a huge set of extras), we meet our central pair of delinquents: Rocky Sullivan (Cagney) and Jerry Connelly (O'Brien). After some typical bad behavior, we see them about to be caught for breaking into a railway car (yet another parallel between the films). Connelly is fleeter of foot, though, and escapes while Rocky gets nabbed and sent away. While incarcerated, he not only manages to get into further trouble and extend his stay, but also learns all the tricks of the criminal trade. Connelly on the other hand, rededicates himself to where both boys grew up - the church. When they meet again years down the road, Connelly is the local priest trying to set straight a bunch of young ruffians. Though the two old friends are still close, Rocky can't help but notice how the boys look up to him and use them to his advantage in getting new business started. Speaking of advantages, his corrupt lawyer (played within a nice layer of slime by Humphey Bogart) is supposed to have 100 grand waiting for him. As Rocky tries to re-establish himself within the city's racketeering business he runs afoul of his lawyer and the current crime boss, not to mention Connelly who has decided to wage war on the corruption found within city politics. Of course everything builds to final confrontations and last stands, but it does so with more melodrama than "White Heat" by focusing on the relationships - bringing to a head the love between two "brothers", the broken trust between partners and the admiring respect of young wanna-bes. Where it falters slightly is in how it uses (or misuses) some of the additional characters. The lovely Ann Sheridan plays Laury, the tough girl from the streets grown up and unable to prevent herself from falling in love with Rocky - a definite missed opportunity as her character (after a few good initial scenes) suddenly becomes soft and has nothing much to do. More problematic is the inclusion of far too many scenes with the Dead End Kids - a group of 6 young actors playing the street toughs that Connelly and Rocky are trying to mentor. The Dead End Kids were quite popular at the time having recently moved from the successful broadway play "Dead End" into the even more successful film version. Through the late 30s and early 40s the Kids starred in several films and serials (and the wider set of actors from the play continued in groups such as The East Side Kids, The Little Tough Guys and The Bowery Boys well into the 50s), so they had a good deal of screen time due to their fame. Unfortunately, much of it (in particular the scenes without one of the leading men) is filled with rather poorly delivered tough kid dialogue and moments that do little to move forward plot or character. Fortunately, the rest of the film moves at a great clip and even when it feels like the melodrama may become a bit too weighty, it manages to trim it to its basics so that everything can come together at the end. 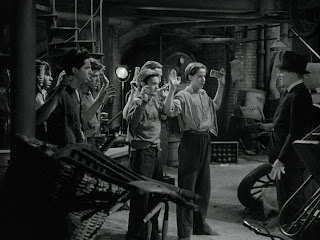 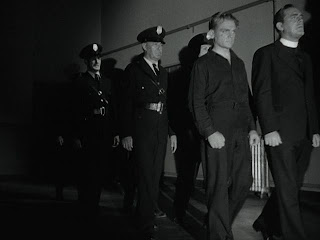 Which brings us to those two finales - each standing tall in the history of cinema, each filled with expressionistic lighting and shadows spilling through cracks and crevices and each resulting in what seems to be a predetermined fate for its central character. Both pull out the stops visually and tie up story lines, moral dilemmas and character arcs. I knew how both ended going in, but it didn't spoil the power of either one of them. Cagney easily deserved his first Oscar nomination for "Angels", if only for that last scene of his which was one of the first occasions in a gangster film that allowed any redemption at all for one of its criminals (though, in this case, only in the "eyes of God"). It's surprising that Cagney wasn't granted another try at the Oscar statue for "White Heat" since he grabs hold of every scene he's in, but by that point he had already won for "Yankee Doodle Dandy" (a previous entry this year in the Blind Spot series). He certainly was at the top of the world at this point - his mother must have been proud. 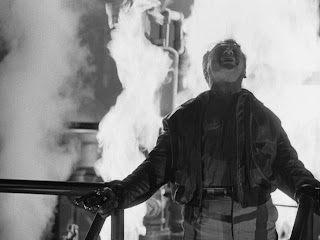