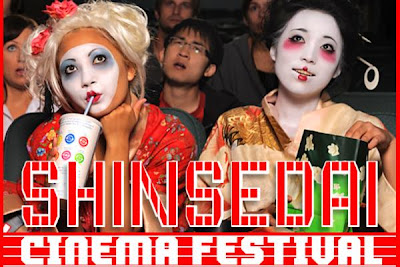 The Shinsedai Cinema Festival is just over a month away and tickets are going on sale in a mere week and a half (June 21st). So it's high time I supplemented my initial preview of the first titles announced with a preview of the rest of the films Shinsedai will be screening at The Revue Cinema starting July 12th. Since that last preview was about a month and a half ago, let's not waste any further time... 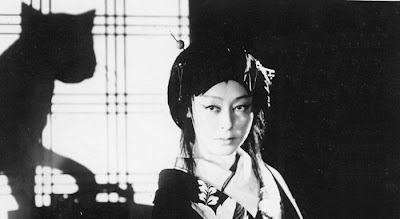 The Ghost Cat And The Mysterious Shamisen

This 1938 little seen ancestor to Japanese horror is a remarkable addition to the lineup. I'm dying to see it as it sounds like an early example of so many of the well-worn (but oh-so-wonderful) tropes of the Japanese ghost story. Seijiro is a shamisen player and after his cat runs away, it returns with a beautiful woman (Okiya) and the two fall in love. This doesn't settle well with Seijiro's fiancee (played by Japan’s first “Scream Queen” Sumiko Suzuki) who kills both Okiya and the cat. Of course, cats don't take kindly to that sort of thing and soon, with the help of Okiya's younger sister, vengeance plays itself out. The film has been specially subtitled by Jasper Sharp and the JVTA (Japan Visualmedia Translation Academy).

"The Ghost Cat And The Mysterious Shamisen" screens on Friday, July 13th at 7:00PM. 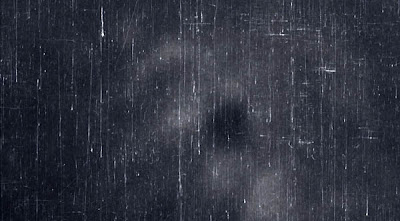 "Be prepared to have your notions of cinema be challenged and expanded by this not to be missed experience". That little tag line from the Shinsedai web site should be enough to convince any adventurous film fan to come for this trifecta of short experimental films by Takashi Mikano. Each film has a different musician (Machinefabriek, Jim O'Rourke, as well as Makino himself) laying down the soundscapes to accompany the "layers of light, colour and visual dissonance". The run times are between 18 and 35 minutes, just enough time to expand the old noggin. 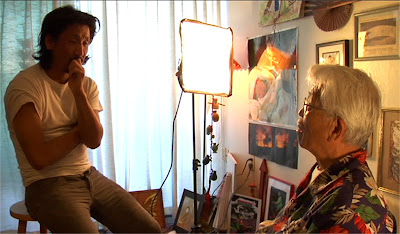 The hibakusha are people who survived the WWII bombings of Hiroshima and Nagasaki. Now, try for a moment to imagine what kind of memories are seared into their brains. Filmmaker Shinpei Takeda and producer Eiji Wakamatsu felt that we needed to do more than just imagine those stories - 65 years later, they track down some of these survivors who have moved to the United States and get them to relate their experiences to the camera (in other words, "download" them for safe keeping). During their road trip, they also find out how these 18 individuals have adapted to U.S. culture and what parts of their original heritage they have maintained. It's a short 73 minutes, but I don't expect it'll take long to feel the impact of the tales these people have to tell. 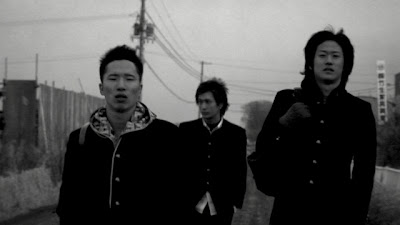 This feature debut by director Sho Miyake is an attempt to make a "film without a frame". With comparisons popping up to Bela Tarr (and the gorgeous, languid black & white photography he typically uses) as well as Gus Van Sant's death trilogy, this 76-minute story of three young men fresh out of high school torn between continuing their rebellious acts of youth and taking adult responsibility is bound to be one of the more stylish of the festival. As the three get jobs with a security alarm company, they find their wills being tested. 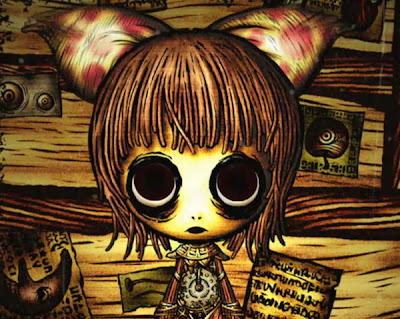 Beyond Anime: The Outer Limits

This compendium of 16 shorts was originally curated by Jasper Sharp for the second annual Zipangu Fest (in London) and is now set to blow some minds on this side of the ocean. Less focused on traditional anime characters and more on pushing the boundaries of animation itself, this set of independently produced works will be a great way to help wind down the festival (it screens just before the closing film "Tentsuki"). I'm betting this may be one of the more highly anticipated and attended shows of the festival.

You can check out trailers for all these films at the Shinsedai YouTube channel. Tickets and passes for the festival go on sale June 21st. For more information on the fest be sure to visit the Shinsedai Cinema Festival website.