Continuing where I left off in Part 1, here's the rest of my preview of the Toronto Youth Shorts Film Festival (taking place on Saturday June 2nd at Innis Town Hall) which consists of three more documentaries and two further fictional films. 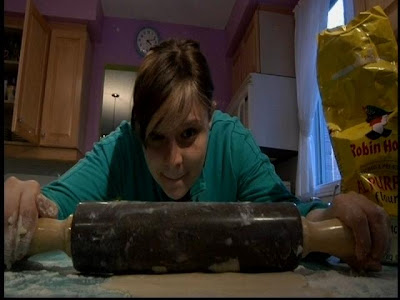 First up is "A Slice Of Life", an awfully charming 15 minute short about an Ontario pie contest and the filmmaker's attempt to enter it. In the short running time, we not only see writer/driector Emily Powell learn how to make a pie (from some of the experts that run the contest), create it and then bring it to the big competition, but we also meet several other contestants and hear about past winners. The occasional pie-making secret is even thrown in for good measure (for example, adding a touch of liqueur to your filling). It's shot very typically, so you won't be getting any groundbreaking visual flair here, but the film doesn't really require any. It would intrude and divert away from the well-told, engaging story. One of my favourites for sure. 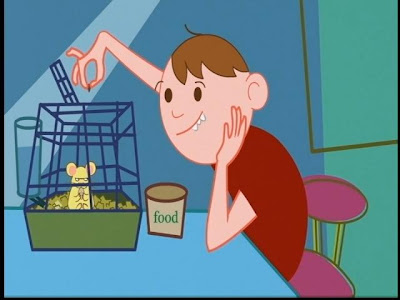 The second film is focused on the stories of pet owners, their fond memories of their pets and how they felt when they died. Though this could easily have been awash with sentimentality as the owners relate their stories, it completely avoids this by recreating the experiences with actors, animation and puppets. Each of the stories is just a couple of minutes long, so the cute factor doesn't wear thin and the bonds that the people felt with these animals still come across. In some cases the owners had not had the animals for very long, but still grew quite attached. The title of the film ("Our Best Friends") is as close to gushiness as the 10 minute running time gets. 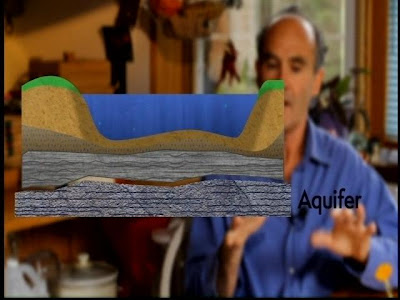 "Dolime Dilemna - Waterproof?" is a far more conventional approach to its subject, but certainly no less effective. The city of Guelph Ontario depends on an underground aquifer for their water supply, but the local quarry is slowly eroding the aquitard protective layer. I know this because the short does a pretty good job of laying out the geological terms that are relevant as well as the possible threat to Guelph's water. While the construction company's representative minimizes the danger and tries to emphasize the NIMBY syndrome (Not In MY BackYard) as the excuse for those who argue against the quarry continuing to dig, the rest of the film calmly lays out the issues (through professors, scientists and the mayor of the city). The danger is that when they stop pumping, the surface water will mix with the underground supply and the contamination will begin. Unfortunately, since the danger is not immediate (ie. there are no results of testing the water that indicate contamination has occurred), it's very hard to get government attention. The film has its biases obviously, but its rational, straightforward approach helps to not only get its specific point across, but also allows it to expand to a wider issue - everyone assumes that our fresh water supply is unending. 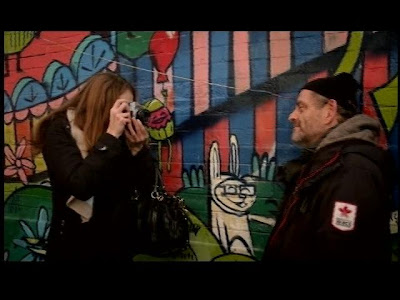 The last two films are dramatic works of fiction and unfortunately suffer in comparison to their documentary counterparts. Both are set in very real worlds and depend on natural sounding characters, but neither quite hits the right tone. Granted, these are very small films, so the quality of the acting is actually quite fine for the scale, but both tend to go for the big emotion inside their scripts. I'm glad they aimed high, but it feels like they overshot. Having said that, the construction of both films is solid. "Heart Of Perception" shows us the story of a homeless man and pretty young woman who brings him food and money. It tends toward the over-dramatic (or over-melodramatic due to the overuse of tinkling piano and plucking guitar), but it doesn't immediately tell you the relationship between the two so leaves a bit of mystery. He buys her an old camera on the street and it appears to create a bit of a spark in her as they take photos of each other. Because of where it winds up, it felt like it needed much more context and back story, but it's a fine effort for a two character story. 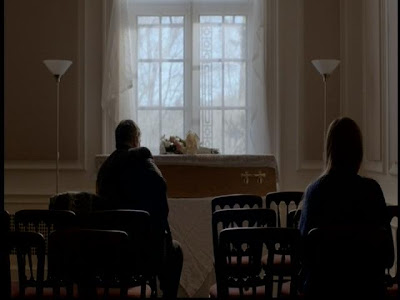 "Breaking Over Me" is also a bit too self-consciously serious with a pretty blunt script (and another plinking piano score that tries to handle all the heavy lifting of the emotion). A teenage girl attends the funeral of her estranged father and sees his new family. He deserted her and her Mom when she was young ("Did you hear about Dad? I heard he passed away." "Probably for the best. World's better without him."), so she doesn't mention to her mother that she actually went to the funeral. However, she starts going to the funeral home and sitting in on random services. One day she walks into one of them and only one other person is in attendance. She lies about knowing the man's deceased wife and they begin to chat since each has a need to talk to the other. The dialogue is still somewhat forced ("So, what did you do?" "Before I got old?") and the emotional climax isn't quite as effective as it could be, but it's quite the chunk to attempt in a short piece. There's a lot to be said for the effort - not just the execution, but the goal of reaching for a larger idea.

So if you're looking for some of that kind if inspiration, grab yourself some tickets for the Saturday June 2nd screenings from the Toronto Youth Shorts Film Festival web site.

Email ThisBlogThis!Share to TwitterShare to FacebookShare to Pinterest
Labels: Shorts