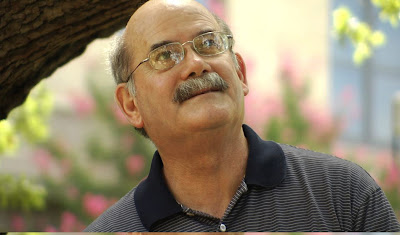 I left the Hot Docs screening of "The Revisionaries" angry. Not stomping mad yelling obscenities, but stewing over what I had just seen, frustrated over an inability to do anything about it IMMEDIATELY and trying in vain not to be cranky with the friends who exited the theatre with me. This wasn't overly surprising since I went into the film - which covers the Texas State Board of Education's systematic attempt to dismantle their education standards through politics, religion and ignorance - with the expectation of acquiring a certain sense of outrage. It's not that I was looking forward to that, but I felt that I should see if the film covered any angles or viewpoints I hadn't heard before. The attempts to dilute the teaching of evolution in certain regions of the U.S. are a huge bone of contention with me, so I wondered how the film would approach the situation in Texas. The first part of the film covers the period of 2009-2010 when the school board tried to leave a loophole in its curriculum standards to allow a "strengths and weaknesses" arguments clause and therefore let non-scientific "theories" into science classrooms.

The film played it mostly as expected - an inherent bias that matched my own and a slight mocking tone of those who completely misunderstand the scientific method, but with an overall style and approach that was reasonably fair. Apparently most of the revisionists who saw the film were quite happy with it and thought their side came through well. Indeed their true colours and viewpoints do come through - mostly through board member and one-time chairman Don McLevoy who desperately tries to open the door for "intelligent design" to find its way into science classrooms in Texas by forcing debate and votes on how evolution should be taught. Considering McLevoy is a Young Earth Creationist (ie. someone who believes the Earth is less than 10000 years old, Noah's ark really existed, dinosaurs walked with humans, etc.), it's clear that he shouldn't be anywhere near decision-making authority when it comes to science education standards. But that's far from the most surprising thing in the film...First of all, McLevoy comes across as a mostly decent person even though his ideas have no foothold in reality. He's completely deluded himself into thinking he understands how science works (he even claims to be a skeptic by nature), but genuinely believes in the things he's trying to do. In what seems to be honest frustration, he admits that he just doesn't understand his detractors. He's a dangerous person to be in a position of major influence over one of the country's major text book markets (to enter the Texas market, the manufacturers have to meet the Board of Education's guidelines) since he simply doesn't realize his limitations, but I expected a different kind of fanatic. 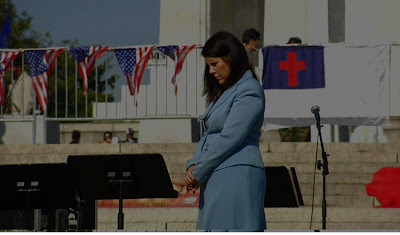 That's where the second surprise came in - Cynthia Dunbar. Initially she appears to be a well-meaning but incompetent board member who just doesn't understand the concept of a scientific theory. However, the more we hear her speak and the more we learn about her (she teaches at Jerry Falwell's Liberty University School of Law after having graduated from Pat Robertson's Regent University School of Law), the more she becomes the centre of the issue and one of the main driving forces towards the wreckage of the future of Texas as an educated state. In short, she's a horrible person. My bias is showing, but when someone's political and religious agendas clearly supercede any thought of serving the people in their region, when she deliberately misinterprets questions and historical fact (she states in her book "One Nation Under God: How The Left is Trying To Erase What Made us Great" that the founding fathers of the United States created "an emphatically Christian government"), when she states that religion founded education, that government should be guided by a "biblical litmus test" and that public education is a "subtly deceptive tool of perversion", I'm not sure how you reach any other conclusion about this person's true morality. It's completely and utterly compromised.

Even worse than the evolution debates in the school board were the ones that followed. After McLeroy loses his bid to retain his chairman's seat, he focuses on what to change in the guidelines for social studies. With Dunbar's stewardship, they pass what seem to be hundreds of amendments to the standards that take great pains to pick apart bits of history they don't like - squashing names and events they would prefer were not a part of history and inserting their own views. It's infuriating. Other board members are disgusted by these amendments, but the discussions are much more generalized this time around and therefore politics rules the day. The result is that most members of the board are convinced to allow all the changes through. Though the film edits many of the requested changes to specific soundbites that will enrage audiences (or at least should enrage them) and uses background music that brings to mind a circus, it is clear that minorities, women and non-Christians don't really come out on the winning side of the revisionists' version of history. The chalkboard titles of the movie become more than just a reference to the classroom - they indicate that apparently history is just as easily erasable.

As dire as all this is, the film isn't without humour. Several great moments are provided by my new hero Eugenie Scott (Executive Director of the National Center for Science Education). She's a marvelous speaker, clear-headed and not prone to get sidetracked by the ridiculous. In short, she is a shining ray of hope for logic and reason. Unfortunately, anthropologist Ron Wetherington is less successful in helping out the evolution side - he's obviously brilliant, but allows himself to get caught in the debates. While he explains different technical aspects of the mechanics of evolution, the board members grow bleary-eyed and confused. I applaud his willingness to fight for the cause, but it's frustrating to see his arguments complicate matters and even work against him. McLeroy also adds some humour, though most of it is at his expense (his Sunday school trip to a field with his pupils to show them that there would be plenty of room to house all the species on an ark is wonderfully surreal). And then there's Cynthia Dunbar. There's nothing funny about Cynthia Dunbar. Director Scott Thurman praised the Toronto crowd and thanked them for laughing during the movie. He commented that he hasn't heard as much laughter in his U.S. screenings and postulated that it may be due to the fact that we didn't have to worry about it up here in Canada. That's where Thurman and I disagree - everyone should be worried and a bit angry about the kind of aggressive attacks on science and historical fact shown in his film. Hopefully that anger can then be turned into something constructive. 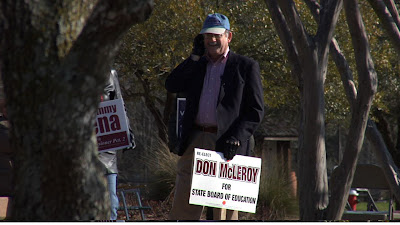