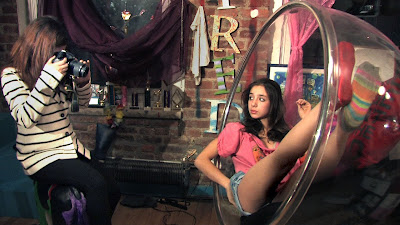 I wasn't very far into "Sexy Baby" when I thought it might be an excellent choice for my son to watch with me. He's only a year younger than 12 year-old Winnifred (the first of the three main subjects we meet in the film) and she was being very sharp in her thoughts about how she has been exposed to sex via media, friends and our overall culture. She's smart as a whip, but even though she has this perspective she still apes some of the styles and attitudes. And she totally needs some training on how NOT to use social media. It all seemed like perfect fodder for good conversation with The Boy as he winds down his last year of elementary school and preps for the trials and tribulations of middle school.

Laura's story fades to the background a bit (we probably know more about her cosmetic surgeon by the end than we do about her) but that feels somewhat appropriate considering how she feels about herself. The main focus of the film is Winnifred's burgeoning sexuality as she crests past her 14th birthday by the end of the film. The more we hear her talk (and, if you listen to her parents, the more time she spends with a bad influence friend), the more her grounded views on sex don't quite match her actions. She gets banned from Facebook by her parents 7 times for posting inappropriate pictures, learns the "come hither" look (it's actually kind of disturbing to see her younger sisters imitate her as well as their favourite music video stars) and pushes her boundaries. Nothing extraordinary for a teenager, but given the context of the film and the plain talk that Nichole chimes in with occasionally, even if you already have a clear understanding of the role of sex in today's media soaked culture, you'll still walk away a bit unnerved. As Nichole says (she really does have some of the best advice in the film - though she herself is somewhat cornered in a business and a marriage that expect certain things from her), a young person's first encounter with sex should be personal and 1-on-1, not through the internet. You may not be able to show "Sexy Baby" to your child yet, but it sure should drive out some good topics of discussion. 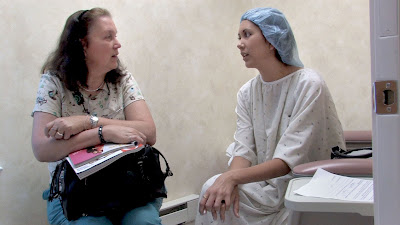