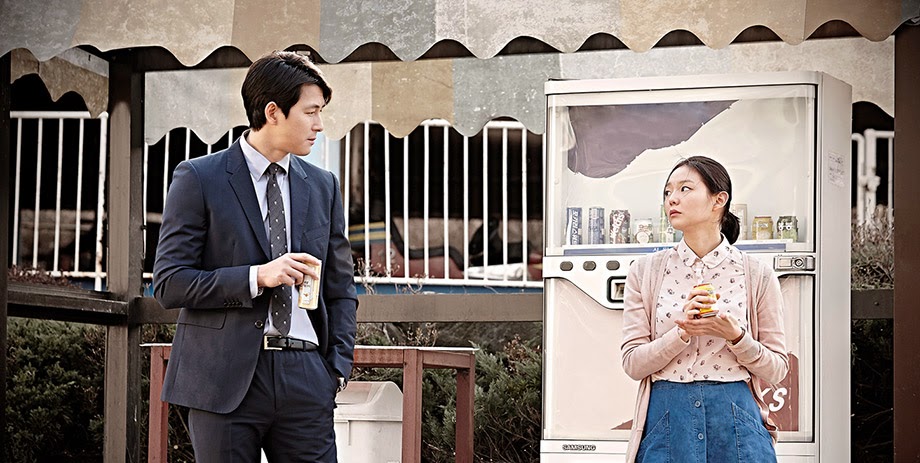 A common statement about Korean cinema is that its films seem to be able to change genre and tone on a dime and do it better than just about anyone else. So it shouldn't be much of a surprise when the tone of Scarlet Innocence changes dramatically somewhere around the end of the first third of it. And yet, after being lulled into what could have been a low rent melodrama with cliche situations, the turn in the film towards high rent juicy melodrama with brighter colours, sweatier lust and lots of vengeance is not only unexpected, but so very welcomed.

It's not that the opening third is dull or boring, but it seems very conventionally set up to be a straightforward drama as checkboxes start getting ticked off. The story begins with a disgraced teacher moving to a small town to begin again and a student who starts to develop a crush on him. It evolves as you might expect and does so with a slow pace and decently constructed characters. It feels like it's building into a standard soap opera - nothing overly compelling, but still enough to keep the interest level from waning. But just as you think you've properly slotted the one note tone of the film, it shifts several gears at once - pretty much stripping the transmission completely. The single scene that accomplishes this precedes a jump forward of several years and suddenly the palette is more vibrant, the score more of a presence and all the emotions seem pitched higher, louder and broader. And it becomes a great deal of fun.

Suddenly there is betrayal, scandal, gangsters, gambling houses and all manner of bad behaviour. It also stops feeding you the story and expects you to keep up, fill in the details yourself or just sit back and give the director some confidence that he'll get you caught up soon enough. If the plot elements start getting a bit sillier, it's forgiven given the new context of the film as top notch melodrama (with perhaps a bit more brutality than Sirk may have used). And all this from an ancient Korean story of a daughter's devotion to her blind father...Seriously, you just never know where Korean cinema is going to wind up.
Posted by Bob Turnbull at 00:36

I agree. This film deserves a well-observed and expertly written review. Thanks.