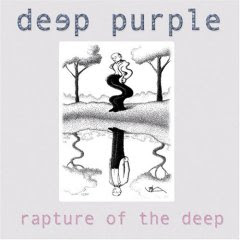 
Not the finest Purple album ever, but certainly one of the most overlooked. And it's a shame because the band plays very tight and works on some great riffs. Ian Gillan's voice has slipped for sure - some of his lines are more spoken here than sung - but the music carries the day. It's not overwhelmingly different in nature to previous efforts and is probably closest to "Perfect Strangers" (most songs have the guitars and keyboards doubling each other to provide for a more heavy riff). Steve Morse and new keyboardist Don Airey are great foils and the band seems ready to continue for some time to come. 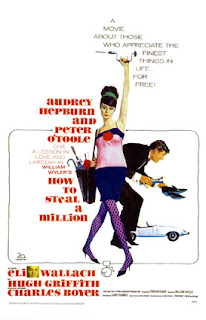 
Light and frothy caper film starring immensely likeable characters drawn by Audrey Hepburn and Peter O'Toole. She needs to have some of her father's art forgeries stolen from an art museum to protect his reputation and O'Toole is a willing helper - though unbeknonst to her, he is actually an art inspector. Mutual attraction complicates matters and a great time at the movies is the result.

The Prize Winner Of Defiance Ohio (2005)


To raise and keep her ten children fed, a woman (played by Julianne Moore) enters jingle competitions for prizes. She also endures hardships and abuse at the hands of her down on his luck husband, but retains an unflappable sense of optimism for her family. The film also deals a bit with the changing roles of women in the late 50s - apparently a hard concept for some of the male characters in the film. Overall, a well acted, scripted and even inspiring film.


Ingmar Bergman does period romantic comedy? Yep, and better than just anybody else. The script moves between sharp as a tack verbal sparring and broad farce, but it never lags for a second. Characters are rock solid and rise and fall in the viewer's sympathies at any given moment. Though Bergman is better known for his more serious and visually arresting films like "The Seventh Seal" or "Whispers And Cries", this 1955 Cannes winner is likely my favourite of his so far.


The kind of film that gets called surreal when it really isn't (though at times you could understand that misnomer being handed it). It's a satire directed by Alan Arkin, who also turns in a very funny performance as a police detective who can't solve the many random shootings taking place around the city. The denizens of the city seem to put up with the frequent power outages, guns firing and occasional blood splattered strangers. Donald Sutherland has a cameo as a hip priest that is laugh out loud funny and the cast is remarkably solid all the way around (except for perhaps the female lead who plays Elliot Gould's fiancee - she just comes across as completely annoying). A strange but satisfying film.
Posted by Bob Turnbull at 08:33