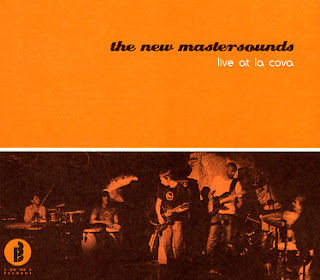 
Funky workouts ala Grant Green's "Live At The Lighthouse" though not quite as lengthy in their jamming. The funk riffs drive the tunes throughout, but the additional percussionist is the secret ingredient that gives each tune that extra shake. Guitar and Hammond B-3 organ - a match made in heaven.


Often compared to Hitchcok's "Psycho", British director Michael Powell's take on a serial murderer has the "hero" of the story kill his victims with his camera as he films them. Unsettling in many ways and actually derailed Powell's career as there was so much backlash against the picture. And isn't that all you need to know in order to take a look?


A documentary of sorts about Lars Von trier's challenge to fellow Danish director Jorgen Leth to redo one of his old short films into five new shorts - each one though must follow certain constraints that are decided by Von Trier. It's a battle of wills at times and really is more of a document of a director's process. The creativity on display at times is truly inspiring.


This masterpiece by Jacques Tati is a tour de force of set pieces and visual comedy. Apart from what is really incidental chatter from some of the characters, this is essentially a silent film - though sound effects play a large role. This was the third in a series of films where Tati plays his favourite character Monsieur Hulot - each time with the encroaching modern city and technology playing a greater part. 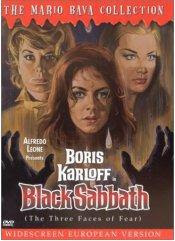 
This was my first experience with Italian horror director Mario Bava and I think I'll be going back for more...Though quite silly in some spots and with a middle story that drags (there are three individual stories in all), the colours, camerawork and visual style heightens some of the tension and brings a great deal of fun to the proceedings. Complete with Boris Karloff intro and outro (even though he has nothing to do with any of the stories)!
Posted by Bob Turnbull at 19:45