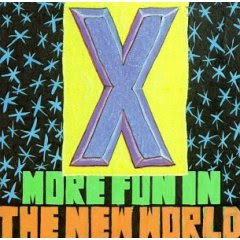 
This was X's fourth straight album produced by Ray Manzarek - the first two sticking closely to the raw L.A. Punk sound (though mixing in great harmonies - between female lead singer Exene Cervenka and bassist John Doe - and some rockabilly guitar), the third moving toward a more hard rock feel and this one adding more of a fun pop feel on top. D.J. Bonebrake's booming drums were always underneath propelling the songs while Exene's pleading vocals stamped on a very distinctive mark. I don't think there's a single weak moment on this entire album.

How To Succeed In Business Without Really Trying (1967)


Much more enjoyable then any musical set in an office building has any right to be. Our hero of the story wants to fast track his way through the office by side stepping nasty little requirements like talent, knowledge or work. And yet he still comes across as a sympathetic and enjoyable character. Half the songs aren't terribly memorable (though there are still some good ones), but the set design, inventive choreography (seen below) and goofy story elements easily more than make up for that. They even avoid any cloying romantic scenes!

Image stolen from Filmbrain's Week 11 screenshot contest on Musicals. I saw this in his blog and immediately wanted to see the movie... 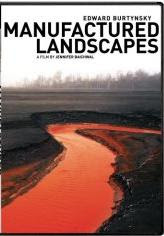 
Terrible beauty is a term that just kept popping into my mind during this film. On the surface, it's a documentary on photographer Edward Burtynsky and his pictures of mankind's changes to the natural world due to industry. These typically incorporate massive scale (the Three Gorges Dam in China) as well as a frightening beauty to both the wreckage left behind (stranded ships in Bangladesh) or the patterns emerging in things like an enormous pile of aluminum for recycling. There's deeper ideas though...First of all, 90% of the film is spent in China and it captures the rapid and almost uncontrolled growth of industry there. Though many have termed it an "opportunity", it seems that the rush to become industrialized is not only repeating many mistakes made elsewhere, but doing so at an exponential rate and on a grander scale. This leads to even deeper concerns about not just the environment but whether society's desire to "consume" is really something that should be encouraged. Don't worry, there's no environmental soapbox about to be pulled out here. The film doesn't preach, nor does it even specifically raise the questions. In a panel session before a recent screening of the film as well as the Q&A afterwards, both Burtynsky and director Jennifer Baichwal mentioned that they didn't want to get into any kind of polemic screed. They felt that the images would naturally bring the questions to mind and hopefully reach an audience not wanting to be preached to. It does an excellent job at this and the visuals are quite astounding and occasionally very depressing.


A young Belgian woman returns to Japan after living the first 5 years of her life there. She feels a need to reconnect with her childhood roots and belong to this society so she gets a translating job in a big Corporation. However, her naivete and lack of knowledge of the culture sends her spiraling down the Corporate ladder into more and more degrading positions. And yet, it's really a comedy. Sylvie Testud puts in an amazing charming performance as the confused yet determined Amelie. There's likely some truth to the exagerrated office politics of the Japanese Corporate world, but the point of the film is more about Amelie trying to find her centre and her comfort zone.


The first 15 minutes of "Le Magnifique" are based around the adventures of Bob St. Clare, super secret government spy and hero. The spoofing on Bond and others of that ilk is over the top, but quite funny. He immediately wins the attention of beautiful Tatiana (played by Jacqueline Bisset) all the while knocking off his enemies in pools of bright red blood without so much as dropping an ash from his multi-coloured cigarettes. And then suddenly during a big battle on the beach, a cleaning woman shows up vacuuming the sand...She approaches a door in the middle of the beach, knocks on it and walks through it. Without giving too much more away, each revisit to Bob St. Clare gets more and more outlandish (some jokes miss the mark, but there's plenty to be had). Jean-Paul Belmondo is a blast in his role and he out-suaves the best of them.
Posted by Bob Turnbull at 14:52