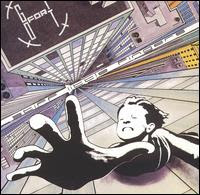 
After discovering FM radio in the late 70s, my next big musical education came in the early 80s - The New Wave and catching up with Punk. My friend Jean-Paul leant me a tape with The Jam's tremendous "Setting Sons" on one side and Stiff Little Fingers "Go For It" on the other. I played the hell out of both of them. Neither were the raw forms of the bands from their earlier days, but the power and anger were still present - just more controlled with more focused musicianship. The title track of "Go For It" was even an instrumental - and a damn bouncy and rocking one at that. Snippets of reggae influence were also a strong part of this Irish band's sound along with the racket they could kick up and they continued their strong political messages through excellent songwriting.


Probably one of my favourite comedies (nay, films!) of the 30s, this was my first time seeing the lovely Carole Lombard. She plays a wealthy scatterbrained woman who hires a homeless man to be her butler. The script is chock full of zingers and clever dialogue, but Lombard just simply glows the entire film and is just so completely watchable. Normally you might get tired of a character as silly as hers, but she adds just the right amount of realism and charm that you don't get sick of her at all. Oh, and William Powell is pretty great here as well. 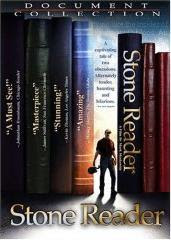 
Terrific documentary about one man's search for the author of one of his favourite books. Though it centers around this search, it's really about the joy of reading. The various people the filmmaker encounters along the way discuss their own love of specific books and tell their own tales. Having said that, the search itself is also fascinating as we learn bits and pieces of the life of this author who released a single novel and disappeared. The conclusion of the search is somewhat bittersweet, but the film is a ringing endorsement of reading.


Icelandic cinema is where it's at. Under the guise of showing this to my wife because I thought she would like it (she did), I watched this lovely film twice over a weekend. Mostly told from the point of view of a young girl, we get the story of an older female family friend returning from years in the U.S. after her husband passes away. Her return creates ripples through the town and spotlights some of the strong females. We see rivalries for attention from men, sexual awakenings and possible ties into the spirit world. The men, who leave the town for months on end to go fishing and think they dominate, really have no control over anything...Wonderful performances and characters seal the deal on this highly entertaining and intriguing film.


Not your typical Asian horror film by any stretch...The residents of a small village are becomming obsessed with spirals - in their food, in clouds, in artwork - so much so that some of them can think of nothing but. People turn into snails, fixate on the inner twsiting motion of washing machines and slowly go insane. The title of the film apparently translates better to "vortex" which makes sense since none of the residents can leave. With visual tricks along the way (spirals show up everywhere in the film), you're left with a unique, disturbing and strangely entertaining journey.
Posted by Bob Turnbull at 14:09