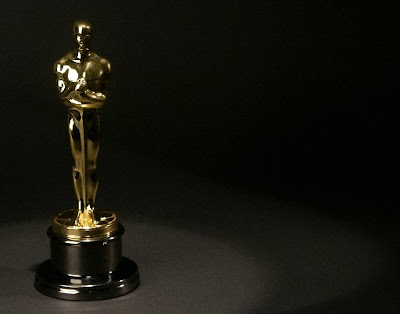 I'm not a big Oscar buff nor do I really care a great deal who wins (OK, somewhat - I think I threw a shoe when I heard "Crash" won Best Picture), but I always enjoy watching the telecast. Yes, that 4 hour onslaught of self-congratulations? I enjoy the hell out of it. Mostly because we watch it with friends and just end up talking about movies. I also love those clip portions of the show that so many people want to toss away in order to shorten things - it just always re-establishes my love of film (that Film Noir one from a few years ago was great if I recall).

Anyhoo, the nominations were announced today for this year's awards. There's already been some hub-bub regarding the run up to the nominations in several categories - namely Best Documentary and Best Foreign Language Film - as some of the obvious choices were left out and didn't even make the cut before the final nominations (e.g. In The Shadow Of The Moon, "4 Months 3 Weeks And 2 Days", etc.). But it shouldn't really be overly surprising given the convoluted process for nominations, typically conservative tastes (of older Academy members) and personal agendas that are all part of the yearly tradition of the Oscars. 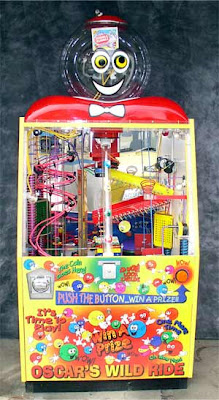 My favourite nomination of the bunch is actually for one of the Short Animated films - Madame Tutli-Putli. I've actually seen it twice now and it's an amazing creation. I previously wrote about it:

It's "Nightmare Before Christmas" meets early Tool videos - and the most amazing eyes you'll ever see. After the screening, one of the filmmakers spent a good 3-4 minutes trying to explain how they created the effect. He lost me, but it didn't matter...There were times during the film that I actually wondered if maybe the woman was an actual woman and not some stop motion creation. Simply because the eyes looked so incredible...

The film itself is a dark tale of a train ride and some unexpected visitors. It's creepy, funny and ends with a beautiful if slightly puzzling image. With this award, the film becomes eligible for next year's Oscars. 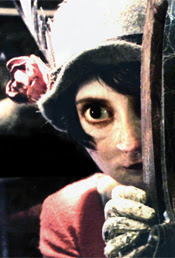 That comparison in the first line doesn't really do it justice...It's a great deal more. And it's also from the NFB which would allow us Canadians to crow "Our Film Board won another Oscar - Ha!". We're petty like that...


Other random thoughts about the nominations: 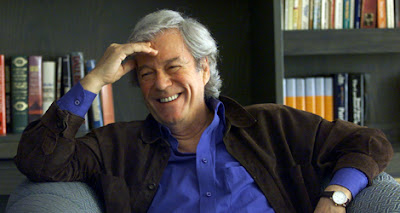 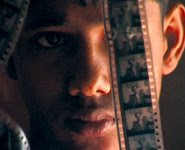 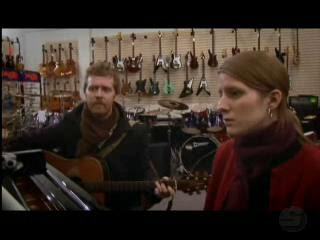 Email ThisBlogThis!Share to TwitterShare to FacebookShare to Pinterest
Labels: Oscars

I'm still having trouble understanding the Norbit nomination myself. I don't know if I can bring myself to watch it.

It totally pains me to see that Transformers got the same number of nom's as Sweeney Todd. So bizarre.

On the flip side I'm thrilled for The Diving Bell and the Butterfly, and now have numerous more films to add to my list!

Though I haven't seen Norbit, I think I can safely recommend that you do NOT subject yourself to it...

And Transformers? Yeah, some of the visual effects were cool, but they weren't used well by Bay. The transformations (except for a couple) all happened too fast and the fights were just blurs. Bah!

I haven't seen either Sweeney or Diving Bell. Hoping to catch There Will Be Blood this weekend!

Whaa?! Norbit. My God.... I didn't notice that one when I read through the nominations the other day.

I'm a bit upset about Into The Wild completely getting shafted. At least Hal Holbrook squeezed out a nomination.

Madame Tutli-Putli sounds mesmerizing. Any idea how I can see it?

-- The Once soundtrack is incredible and pretty much all original songs if I'm not mistaken. I'm not even sure if Falling Slowly is the best one, but it's very good nonetheless.

-- Knowing you like Magnolia, I'll be very interested to see what you think of There Will Be Blood.

-- The Academy has a checkered past with the Foreign Language award. The problem is that if France has the best two films for that year, only one of them will get to compete for the Oscar. Shifting gears, last year I was really pulling for Pan's Labyrinth and was really bummed when The Lives of Others took home the gold...But after seeing the latter several weeks ago I think they made the right choice. It's terrific.

-- I'm the most bummed that pretty much my three favorite films from 2007--The Assassination of Jesse James by the Coward Robert Ford, Zodiac, and I'm Not There--almost got shut out entirely and received no recognition in the major categories (Film, Director, Screenplay, Actor, Actress). Just a reminder that the Oscars usually only get it about 25% right. Just enough to keep you watching, but far enough off the mark so we can profess our superior intellect and opinions (for better or worse).

I found the "Norbit" nom even funnier since many said that he lost his shot at an acting nom last year because of his participation in it.

I haven't seen "Into The Wild", but I expected a few more nods due to the write-ups I had read.

As for "Madame Tutli-Putli", short of catching it at Cinematheque Ontario this season (it's part of the Canada Top 10 series in the short films segment) or finding it at a film festival, you could buy it from the NFB web site (which also has the trailer and other details about it).

I actually prefer the first song the full band does in the studio in "Once", but I'm OK with Falling Slowly getting the nomination since it's the moment where the two of them realize they have something special...

I love "Magnolia" and pretty much everything Anderson has done, so I'm pretty much frothing at the mouth waiting to see "There Will Be Blood". I'm actually hoping to go see it tonight (in about an hour).

I totally forgot to mention in my half-assed comments that there were no nominations for "Zodiac". Not that Fincher's film was my favourite from the past year, but it was a huge achievement with a great script. And I'll likely never listen to a Donovan song the same way again...